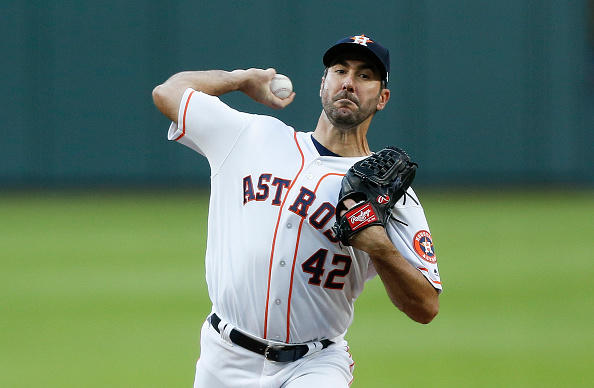 Members of the Mock Draft Army found respite from the quarantine by hanging out and doing a few mock drafts this past week.  It was a nice break from hearing COVID-19 updates on the TV.  The chat rooms were full of discussions about baseball but also about where to get the best sandwiches (hoagies, subs, heroes, etc.), where to eat when you’re in Vegas, and if having your computer drop on the floor was better than breaking your foot while mocking.  I’d like to thank everyone who participated this week as we showed that despite being locked up, we can still have a good time and support one another.

This was the first full week of mocking with the known delay in the upcoming season.  As China gets back to normal and Italy talks about resuming their soccer leagues, we can look forward to the resumption of our sports leagues.  With this knowledge, let’s see what the Army thinks and if anyone moved up or down the dial in ADP.  Players like Willie Calhoun , Giancarlo Stanton , Aaron Judge , Mike Clevinger and Rich Hill all have additional time to heal.  Justin Verlander underwent groin surgery, a very unusual remedy for a lat strain, and was given a 6-8 week timetable for returning.  Shout out to Trey Mancini who underwent surgery to remove a tumor from his colon and we hope he doesn’t need chemo and is now cancer free.  His return is still up in the air for 2020.  Last but not least, we have seen the last Chris Sale pick in a mock as he is scheduled to undergo Tommy John surgery and return around the all star break in 2021.

Let’s take a look at these individual players then we’ll break down a team and how they drafted.  Mike Clevinger had an ADP of 27.7 this week in our mocks.  Over the same period his ADP was 31.1 in 9 NFBC drafts that were run.  In the month before the outbreak Clevinger’s ADP was running 41.1 as his expected return wasn’t going to be until late April or early May.  I fully expect Clevinger to be ready to go when the season starts.  He should be taken where he was taken before the knee surgery and that was a solid second round pick. I expect his ADP to rise even further and fall in the 18-24 range.

No one knows when Aaron Judge will be ready to go. His rib injury has been slow to heal unlike that of NY Rangers goalie Igor Shesterkin who returned to the ice just two weeks after breaking his rib in a car accident.  Judge had seen an ADP of 47.5 in the month prior to the shutdown.   The mocks this week have moved the needle to 27.7 the same as Clevinger’s. Judge has claimed he is improving and it appears that the army is believing it.  The NFBC crowd is a little more skeptical with him being taken at 54.2.  It’s a wait and see for me.  If I’m in a draft that counts now, I’m probably avoiding him unless it’s an apparent bargain.

His teammate, Giancarlo Stanton , has suffered multiple injuries over the last year and is garnering that paper mache reputation.  Can he stay on the field?  How long before he recovers from this injury?  It’s been reported a mild calf strain and Francisco Lindor was able to come back by opening day last year with a similar injury and time frame.  This week’s NFBC ADP came in at 68.4 which was similar to his 71.1 over the previous month.  He went as early as 64th in one mock, but was in the 80s in the other two, giving him an ADP of 75.7.  Not far off in this small sample.  What it does show us is that he is not being moved up the board despite the delay in the season.  Stanton’s reputation of being injury prone is definitely affecting his draft status.  He is a boom or bust pick, choose at your own risk.

Justin Verlander ’s ADP has gone up and down like the stock market over the last week.  A late first to early second round pick throughout the preseason, his lat injury moved him down.  Then the season got delayed and back up he went. Then the reported groin surgery with a timeline that is probably close to when the season should start.  In every mock he was taken in the top 24.  The expectation is he’ll be ready but I may hold back on taking him unless the season is delayed into June, which is a distinct possibility.  As I’ve said with Severino, Sale, and other pitchers, I want to see proof they are healthy before I take them, so no Verlander for me until further notice.

We were joined twice this week by the retired general, the Gravy Boat himself, Howard Bender.  It’s rare to get a chance to analyze his drafts so here goes.

He had the 7th pick in a 12 team mock on Monday.  Here’s his squad and where they were picked:

At first glance the weakness of this team is pitching.  Howard waited until the 6th round to take his first pitcher and that was Noah Syndergaard who has yet to live up to his lofty expectations. He followed that pick up in the next round with Giolito who had a great year last year but faded towards the end of the season.  Can he continue his upward trend in 2020.  Mike Minor had an exceptional season in 2019, but he’s 32 years old and we’re not sure if he can duplicate what he did last year.  He’s not a bad SP3, but maybe with who’s in front of him on this staff, he may not be good enough.  McCullers comes off Tommy John and there are no expectations so he’s as good as betting on 00 on the roulette wheel.  Civale and Lindblom are solid end of the rotation pickups but again, who knows what to expect from someone who’s pitched in Japan for a few years.  The relievers are adequate and should garner enough saves to land in the middle of the pack.

By bypassing pitching for the first five rounds, the team’s strength is hitting. In a two catcher league, he chose two of the top catchers and this gives him an advantage over most of the league.  It did make him suffer at the corner and middle spots.  He jumped Urshela’s ADP by 50 slots and Arraez’s by 35 as the pickings at those positions were getting slim.  What you have to look at here is if he had taken these positions earlier and left catcher for this point in the draft, what combination is better?  Are the catchers you would get in the 17th and 18th round equivalent to what you get in Urshela and Arraez?  It’s a good strategy as the catchers available at this point in the draft are usually going to hurt you in batting average and put up small numbers in the counting categories.  He was able to get a balanced offense in all categories by adding Malex Smith late for steals.  As long as Aaron Judge starts the season on time, this lineup has plenty of pop.

Overall this is a good team but pitching will ultimately be the deciding factor if Gravy Boat finishes in the money.  The Fantasy Alarm evaluator has him finishing 5th based on our projections.  Of course these projections cannot evaluate in season management, which is a big part of anyone’s season and why Fantasy Alarm provides the best coverage and analysis throughout the season.  Join us next week as the Mock Draft Army marches on!  Follow me on Twitter @gasdoc_spit for all mock announcements.

J. Ruiz - RP
CWS
Jose Ruiz has not yet arrived at summer camp with the White Sox.
White Sox manager Rick Renteria declined to discuss the situation during a Zoom call with reporters on Friday, which suggests that the absence is probably related to COVID-19. Ruiz was set to battle for a spot in middle relief after pitching to a 5.63 ERA and 35/24 K/BB ratio in 40 innings last season.
Added 4:31 pm (EST)
Added 4:31 pm (EST)

H. Pence - RF
SF
Hunter Pence is undergoing an MRI on right foot.
The foot has apparently been bothering Pence for a while, maybe before he arrived at summer camp workouts in San Francisco. The results of the MRI should be available by the end of the day Friday.
Added 3:34 pm (EST)
Added 3:34 pm (EST)

J. Means - SP
BAL
Orioles manager Brandon Hyde announced Friday that John Means will be the team's Opening Day starter.
Means was the obvious choice after earning an All-Star nod in 2019 and finishing second in the American League Rookie of the Year balloting with a 3.60 ERA, 1.135 WHIP, and 121/38 K/BB ratio in 155 innings. Baltimore is set to kick off the 60-game schedule on July 24 against the Red Sox.
Added 3:31 pm (EST)
Added 3:31 pm (EST)

E. Rodríguez - SP
BOS
Red Sox manager Ron Roenicke acknowledged Friday that "time is running out" for Eduardo Rodriguez (COVID-19) to be ready for the start of the season.
“We need to hear some good news pretty soon," added the new Red Sox skipper. Rodriguez was apparently diagnosed during MLB's intake testing for summer camp and has yet to appear in any workouts at Fenway Park. Nathan Eovaldi seems to be lined up for Boston's Opening Day start, and he'll presumably be followed by Martin Perez, Ryan Weber, and Brian Johnson. It's a very weak-looking group without E-Rod.
Added 3:13 pm (EST)
Added 3:13 pm (EST)

V. Guerrero Jr. - 3B
TOR1
Blue Jays manager Charlie Montoyo said Friday that Vladimir Guerrero Jr. is "going to focus on first base and designated hitter" during summer camp.
Montoyo said that third base is still an option for Guerrero, but it won't be his primary position anymore. Most figured Vlad Jr. would have to move across the diamond at some point, but it's happening sooner than expected. Hopefully, having less pressure on him defensively will help to unlock his massive offensive potential. Guerrero will flip-flop positions with Travis Shaw, who now will be the team's primary third baseman.
Added 1:58 pm (EST)
Added 1:58 pm (EST)

R. Martin - C
FA
Henry Schulman of the San Francisco Chronicle writes that Russell Martin is "one name to consider" as the Giants look for catching help after Buster Posey opted out of the 2020 season.
Martin is now 37 and has been a well below average hitter for a few years. However, he's viewed as a good clubhouse guy and the Giants are thin at catcher if they don't want to hand the job to Joey Bart yet. Martin makes sense as an adequate fill-in.
Added 1:14 pm (EST)
Added 1:14 pm (EST)

T. Skubal - SP
DET
Tigers placed LHP Tarik Skubal on the 10-day injured list.
No explanation was provided for the move. Skubal is one of the team's top pitching prospects and might have a shot to debut at some point this season, if he's healthy.
Added 12:22 pm (EST)
Added 12:22 pm (EST)