Put Me in Coach: Players receiving an increase in playing time 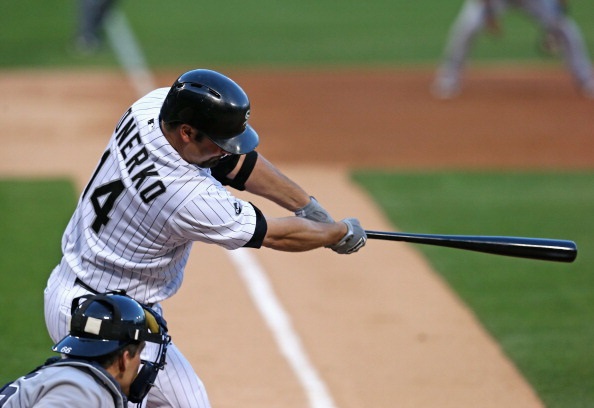 Today’s installment won’t focus on a particular category but rather review some hitters that are in line for increased playing time. Some will only enjoy this bump short term while others may have a chance to keep it going so long as they perform. But even the short-term examples can be very useful. They won’t appear on anyone’s rankings or finish high on a rest-of-season value listing, but on a per plate appearance basis they’re on a par if not better than many current regulars, some of which may be on your squad.

Before we get into the list, here’s a review of a little trick that’s been mentioned previously. Most commissioner services allow sorting by period or the last seven days. When you go to search for available free agents, change the filter to the shortest time frame then sort by at bats to see what available players are getting the most current playing time. Also check the MLB transactions from the last day or two since players recalled only a day or two ago will get lost in the shuffle since the limited at bats will bury them towards the bottom.

Josh Rutledge, Colorado Rockies – With the unfortunate injury to Nolan Arenado, Rutledge has been summoned to man second base in Denver while DJ LeMahieu shuttles over to the hot corner. Rutledge was a favorite of many last season (present company front and center) but was sent down after he had trouble making hard contact and struggled with the leather. Rutledge has 15/15 potential (prorated to a full season) so he’s got the ability to help across the board. His Triple-A decimals were .333/.413/.444 at the time of his recall.

Mike Carp, Boston Red Sox – Mike Napoli has landed on the disabled list so Carp with at worst see the good side of a platoon at first. There’s a chance Ryan Lavarnway will be recalled to pick up the swings against southpaws. Lavarnway qualifies at catcher so if you’re in an AL-only league and are struggling to find someone to at least partially make up for losing Matt Wieters, Lavarnway could be of some use.

Nick Hundley, Baltimore Orioles – Speaking of which, with Yasmani Grandal firmly entrenched as the lead receiver in San Diego, the Padres dealt Hundley to Baltimore where he’ll share catching duties with Steve Clevenger. Hundley has some pop which should play well in Camden Yards.

Mitch Moreland Leonys Martin and Michael Choice, Texas Rangers – The injury to Prince Fielder has caused some reshuffling in Arlington with Moreland moving to first base time and Shin-Soo Choo manning the three-hole in the batting order. Moreland goes from a platoon player to regular playing time while Martin and Choice will both see increased time up in the order.

Pedro Ciriaco, Kansas City – With the disappointing Mike Moustakas sent to Triple-A, Ciriaco will be given some run at the hot corner and that’s what Ciriaco will do – run. If you need some steals, the Royals will let Ciriaco swipe some bags.

Anthony Gose, Toronto Blue Jays – With Colby Rasmus shelved, Gose will see a lot of time in the outfield north of the border. In previous seasons, Rajai Davis was able to steal a plethora of bases in part-time and fill-in duty. Of course, a lot of that was in Melky Cabrera’s stead and Cabrera is healthy and playing well, but as long as Rasmus is out, Gose will have a chance to play the Davis role.

Robbie Grossman, Houston Astros – The combination of L.J. Hoes, Alex Presley and Marc Krauss just wasn’t cutting it so Grossman gets another shot to nail down left field alongside Dexter Fowler and George Springer. Grossman’s low contact will preclude a high average but he can run and has some pop.

Paul Konerko, Chicago White Sox – The injury to early season phenom Jose Abreu has opened the door for Konerko to see regular action at first base. Konerko still has the ability to knock the pill out of the homer-friendly Cell.

Erisbel Arruebarrena, Los Angeles Dodgers – OK, you caught me. Arruebarrena isn’t really playing that much, I just needed an excuse to add him to my spell-check. That said, with Alexander Guerrero suffering from “bite-like symptoms”, if the calf injury to Hanley Ramirez costs him some time, Arruebarrena could see the at bats. Don’t expect much; his glove is ready but his offense needs to mature.

Wilmer Flores, New York Mets – Raise your hand if you picked up Flores a couple weeks ago then dropped him when he got sick and it looked like Ruben Tejada would keep the job after all? Yeah, me too. Well, it again appears the Mets want more punch from shortstop and are willing to sacrifice some defense. Keep in mind Flores’ Triple-A line is a little misleading as Las Vegas is a hitter’s haven.

Maikel Franco, Philadelphia Phillies – Raise your hand if you were stashing Franco but dropped him for Flores. Yeah, me too. Franco isn’t up yet but the time is nearing as Cody Asche was placed on the disabled list and neither Cesar Hernandez nor Reid Brignac move the needle. If Franco does come up soon, don’t rule him out of NL Rookie-of-the-Year contention. His power should play well in Citizens Bank Park.

Josh Harrison, Pittsburgh – The kids on twitter call him the Jey-Hey Kid. Harrison has been shifted to the outfield as the platoon of Travis Snider and Jose Tabata was falling well short of expectations. Of course, chances are Harrison is just biding time until Gregory Polanco is called up.

Brayan Pena, Cincinnati – If you were using Pena since he was getting most of the time at catcher while Devin Mesoraco was out you can hold on a little longer as Pena is now filling in for the disabled Joey Votto.