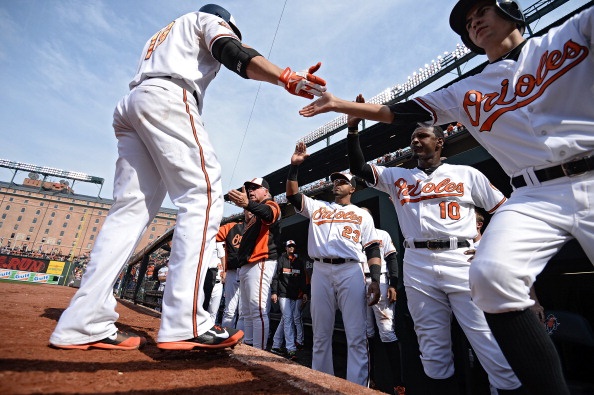 After a bit of organization and internal shuffling, we’re back with the third installment of our new regular feature Category Impact. If you recall, twice a week (now every Sunday and Thursday), I’ll grace you with some words of wisdom with the intent to highlight players on the verge of contributing short or long term in a variety of categories. The main focus will be the standard ten roto stats but we’ll venture into the realm of holds and some other non-standard stats.

Initially, we’ll do a survey of all the categories, picking one or two out a time. It’s a little early to use current performance to predict what will happen down the line so while we let the sample grow, we’ll detail some of the analytic means used to evaluate each category along with some of the short-term means to identify players that could help you in the next couple of days. Note the new posting of the column coincides with when the majority of series start so we can best use venue in our analysis.

So far we have covered RBI and runs (focusing on current spot in the batting order) and saves (with the ancillary impact closers have on ratios). Today we’ll make the chicks happy as we cover what they dig – the long hall.

While most view hitting a home run as a singular act, it is really a combination of two factors:

Numerically, the former is represented as FB% (fly ball percent) while the latter is termed HR/FB ratio (the percentage of fly balls that leave the yard).

While this may not be a textbook definition, I think of power as HR/FB ratio. Lofting more balls allows the player to take better advantage of his power.

To help frame the skill associated with home runs, other than the overriding ability to make contact (more in a minute), putting the ball in the air can be deemed a skill for power hitters as can an elevated HR/FB. FB% is mostly a function of swing mechanics tempered by the nature of pitchers faced (which usually evens out over the course of the season). Each hitter generates his own HR/FB baseline with 11 percent being league average.

One of the tricks with evaluating power is realizing there is a luck aspect of HR/FB. The same fly ball may be a home run in one venue, a double or triple in another while being caught in a third. Weather and park dimension play a role. Therefore, there is some luck involved with homers.

As alluded to earlier, another often overlooked factor is contact. Reducing strikeouts can lead to an increase in homers without any change to FB% or HR/FB.

With this as a backdrop, let’s shift our focus to the primary intent of this column, the identification or players on the verge of increasing their production with respect to the category in question. Here’s how the above can be incorporated into short-term and long-term analysis.

The first component of homers is hitting fly balls so it is advantageous if a hitter is slated to face a couple of fly ball pitchers in the impending series. The league average for pitchers is about 34 percent fly balls. Once the hurler gets into the forties, he can he considered to be of the fly ball variety.Anything below 30 percent should be avoided if you're chasing homers.

Below are a couple or lists based on 2013 data for pitchers with more than 120 innings. The left column are favorable for power hitters with the right column being enemies.

The second part is HR/FB. Here’s couple of tables that can be used to judge upcoming match-ups:

The park factors are courtesy of the 2014 Bill James Handbook, using the three year (2011-2013) average. Some of them may surprise, especially for left-handed batter since the sample is small. This is especially true for lefty swingers in Petco Park since the fences were moved in last season and one year's worth of data isn't sufficient to reclassify the park as hitter-friendly for left-handers.

Once the sample is sufficient, we'll take a look at some players with a home run total significantly more or less than what was conventionally expected. But instead of focusing on the raw number of homers, we'll look at the components. Is the hitter putting more of fewer balls in the air? How does their HR/FB to date compare to their historical baseline?

Regardless of the analysis, no one metric tells the whole story so on a player-by-player basis we'll analyze the data in an effort to identify latent power sources for the rest of the season as well as calling out the pretenders.

We'll close this discussion with an attempt to pinpoint a couple of under-the-radar hitters that could be touching them all early this week.

Michael Morse - a grown man drooling? Why not, he visits Coors Field and is slated to face a pair of southpaws

Will Venable, Yonder Alonso and Seth Smith - a troika of lefty swingers licking their chops as the travel to Miller Park and face a trio of right-handed tossers.

We'll flip back to pitching next time and discuss strikeouts on Thursday.