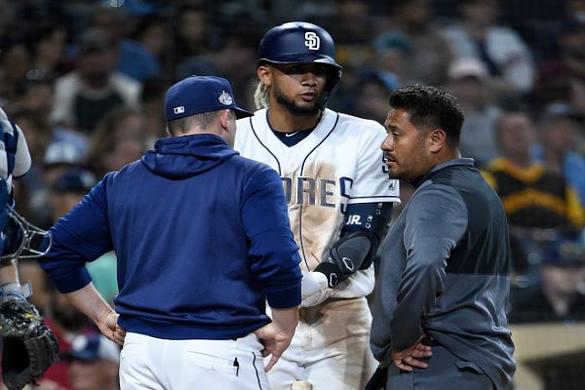 The fantasy baseball season is long and it requires a lot of patience, perseverance and proactivity in order to be successful.  Injuries are to be expected so it should not come as a surprise to GMs when key players are out for extended periods.  However, there are some players whose value and statistics just cannot be replaced or replicated if they are out with an injury.  This is especially true at this juncture of the season with the playoffs right around the corner.  So without further ado, here is the next edition of the fantasy baseball emergency room as we take a look at the walking wounded.

Cubs shortstop Javier Báez was scratched from the lineup on Thursday against Philadelphia after he developed flu-like symptoms and a fever.  This created some major reshuffling of the Cubs lineup which sorely missed their star infielder.  Baez is considered day-to-day as his availability will certainly depend on how he is feeling on Friday and whether the fever and flu symptoms have subsided.  Baez is an irreplaceable fantasy player batting .286 with 28 home runs, 81 RBI, 82 runs scored and ten stolen bases.  Check back later on Friday for an update on whether he is able to play.

Cole was scratched from his last start against the White Sox earlier in the week after he tweaked his hamstring while warming up before the game.  The good news is that it appears he will avoid a trip to the 10-day injured list as the Astros are expecting him to be ready to pitch next week.  Cole is a potential Cy Young Award candidate posting a 14-5 record with a 2.87 ERA, 0.98 WHIP and 226 strikeouts in 156.2 innings over 25 starts.  Fantasy GMs will sorely miss his presence this week, but they can take solace knowing the injury appears minor and he will be back on the mound next week.

The Padres placed rookie Fernando Tatis, Jr. on the 10-day injured list with a back injury.  The team initially hoped he would be able to play after resting for a few days, but that was not the case.  He is staying behind to undergo some additional tests as the Padres travel to Philadelphia for the weekend.  Fantasy GMs will have a big hole to fill in their lineups as the star rookie is batting .317 with 22 home runs, 53 RBI, 61 runs scored and 16 stolen bases.  Fellow rookie Luis Urías will likely see most of the action at shortstop in Tatis’s absence. 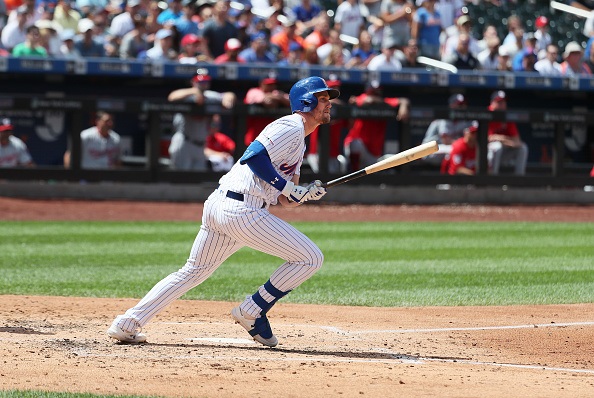 McNeil, the leading hitter in the National League, has been placed on the 10-day injured list with a strained left hamstring.  The Mets avoided a disaster as the injury does not appear to be as serious as it initially looked.  McNeil injured himself running out a ground ball on Tuesday against the Braves but the good news is that he is already doing some running exercises in preparation of returning immediately once he is eligible.  He has had a terrific season thus far batting .332 with 15 home runs, 55 RBI, 67 runs scored and four stolen bases.  Fantasy GMs should absolutely stash McNeil on the bench or a DL slot as he should be back once he is eligible to be activated.

The Phillies miraculous comeback on Thursday against the Cubs could be tarnished after Rhys Hoskins was hit by a pitch on his right hand.  He stayed in the game and scored on Bryce Harper ’s walk-off grand slam but he underwent x-rays after the game.  We do not know the results of the x-rays as of this writing so further updates will be provided on Friday.  Hoskins has provided exactly what fantasy GMs expected when they drafted him with his .241 batting average along with 24 home runs, 70 RBI, 63 runs scored and one stolen base.  The results of the x-rays will determine whether Hoskins misses a day or two as opposed to multiple weeks.

Tampa Bay placed outfielder Avisaíl García on the 10-day injured list with a strained right oblique.  He initially thought he would be able to avoid a stint on the injured list, but that is not the case as these types of injuries typically take a few weeks to heal.  Garcia has had a very solid season for the Rays batting .278 with 17 home runs, 57 RBI, 49 runs scored and nine stolen bases.  He tends to strike out quite a bit but he is still worth starting as an OF4 in deeper leagues.  That being said, he can be dropped right now as there are suitable replacements on the waiver wire.

Veteran first baseman Joey Votto was scratched from Cincinnati’s lineup on Thursday due to tightness in his lower back.  He has been swinging the bat better of late, but the reality is that Votto is a fringe fantasy player at this point in his career.  Votto, a former MVP, is having a pedestrian season batting .262 with 12 home runs, 39 RBI, 60 runs scored and four stolen bases.  These numbers indicate a strong decline in his performance and it would not be surprising to find him on the waiver wire in many standard leagues.

Fantasy GMs received some positive news on Braves rookie Austin Riley .  He is on the 10-day injured list due to a partially torn LCL in his right knee but he will not need season-ending surgery according to Dr. James Andrews.  In fact, Riley was told he could possibly begin a rehab assignment within a couple weeks and be back on the Braves roster in early September.  Despite this good news, Riley is not a great fantasy option for the rest of 2019 as he was in the midst of a horrendous slump when he got injured and had lost significant playing time already.  He should absolutely be held onto in keeper leagues but he belongs on the waiver wire in redraft leagues.

The Diamondbacks ended up holding on to Ray at the trade deadline and now he has landed on the 10-day injured list due to back spasms.  The issue arose during his last start against the Rockies this week causing him to be removed from the game.  Ray has had a solid season in what will likely be his final year in Arizona going 10-7 with a 3.99 ERA, 1.28 WHIP and 187 strikeouts in 142 innings over 26 starts.  He is hopeful to miss the minimum amount of time and be back on the mound for the month of September.

Fantasy GMs now have a little more clarity on Jake Arrieta ’s situation as he was placed on the 10-day injured list with bone spurs in his right elbow.  We have known about this situation for a while now but Arrieta was hoping to pitch through the injury and have surgery in the offseason.  While this was a noble intention, the fact is that it affected his performance where he could not go deep into games and he was not overly effective.  Arrietais only 8-8 with a 4.64 ERA, 1.47 WHIP and 110 strikeouts in 135.2 innings over 24 starts and can be dropped in most leagues as Zach Eflin takes his place in Philadelphia’s rotation.

Red Sox rookie second baseman Michael Chavis has been placed on the 10-day injured list with an AC sprain in his left shoulder.  He was taken out of last Sunday’s game against the Angels and then missed the entire series with Baltimore.  Chavis is expected to be out for several weeks which is a tough blow for fantasy GMs who have benefited from his positional flexibility and impressive performance as a rookie, batting .254 with 18 home runs, 58 RBI, 46 runs scored and two stolen bases.  Marco Hernández and Brock Holt should see most of the playing time at second base in Chavis’s absence.