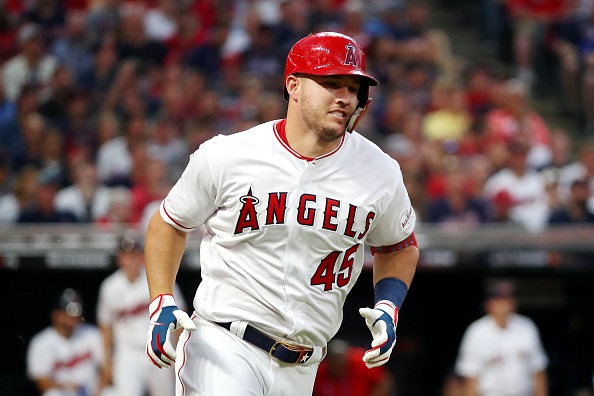 The MLB trade deadline is just two weeks away, so fantasy GMs need to be prepared to negotiate deals right now.  Players will continue to sustain injuries so it is critical that GMs plan for the worst case scenario and pursue that depth and roster flexibility we keep referring to in this article.  Some players’ value cannot be replaced, but that does not mean you shouldn’t aggressively scour the waiver wire or negotiate a trade to put yourself in a position to tread water for the home stretch.  So without further ado, here is the next edition of the fantasy baseball emergency room.

Fantasy GMs were sent into full panic mode on Sunday when Mike Trout suffered a calf injury.  An MRI confirmed a minor strain in his right calf which forced Trout to the bench on Monday and possible another day or so.  Right now he should be considered day-to-day as it appears that he will be able to avoid a stint on the injured list.  Trout is obviously an elite player and any time he misses is devastating to GMs who have been rewarded with his .305 batting average along with 30 home runs, 75 RBI, 74 runs scored, and eight stolen bases to go along with an OPS of 1.121. 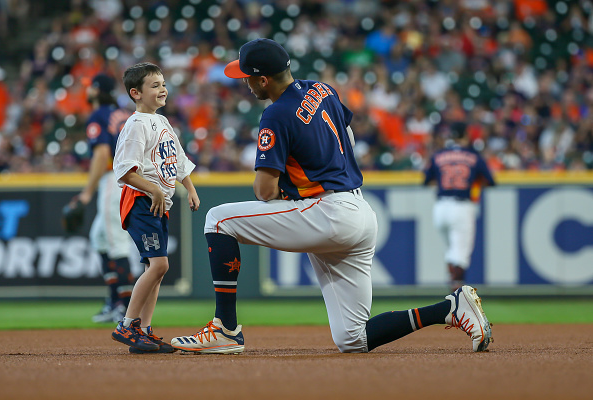 Good news for fantasy GMs as Carlos Correa began a minor league rehab assignment on Monday and is slated to return to the Astros on July 26.  He has been out since May with a fractured rib that he sustained while getting a massage, but now there is light at the end of the tunnel with his impending return.  Correa was off to a solid start to the season batting .295 with 11 home runs, 35 RBI, 26 runs scored and one stolen base.  He will provide a big boost to fantasy GMs who have missed his bat at shortstop or middle infield.

Contreras has been placed on the 10-day injured list with a strained arch in his right foot.  The Cubs made the roster move retroactive to July 14 so he should be able to be activated immediately once eligible to return.  This move is purely precautionary as the Cubs wanted to ensure that Contreras does not exacerbate the problem by continuing to play on the foot.  They also made another transaction by acquiring Martín Maldonado from Kansas City to provide some depth behind the plate while Contreras is out.  He is one of the best hitting catchers in the league and should absolutely be stashed thanks to his .286 batting average along with 19 home runs, 55 RBI, 43 runs scored and one stolen base.

Phillies shortstop Jean Segura sustained a heel injury when running out a ground ball on Monday.  The injury occurred in the ninth inning of a blowout loss, but the Phillies do not think this is a serious issue.  Segura did receive some treatment after the game and will likely miss a short amount of time to make sure he has recovered.  Segura has been somewhat of a disappointment since being acquired by Philadelphia in the off-season as he is batting .271 with ten home runs, 41 RBI, 56 runs scored and seven stolen bases.

Fried was taken out of his last start on Monday in Milwaukee due to a blister.  He lasted five innings before being removed.  This is not anything new for Fried who has dealt with blisters before, but we do not know yet whether he will miss any additional time.  Fried has been solid this year going 10-4 with a 4.08 ERA, 1.39 WHIP and 102 strikeouts in 103.2 innings over 19 starts in his first full season as a starter in the big leagues. 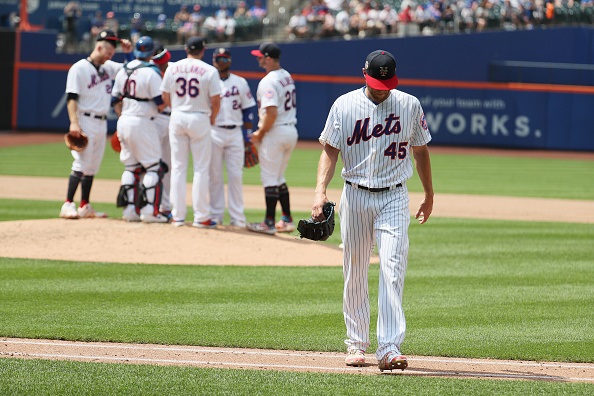 Nothing can ever go right for the Mets who are expected to be big sellers before the July 31 trade deadline.  One of their biggest trade chips was Zack Wheeler who will become a free agent at the end of the season.  Now just two weeks before the deadline, the Mets have placed Wheeler on the 10-day injured list with fatigue in his right shoulder.  The roster move was retroactive to July 12 which means he can still possibly make two starts before the deadline to re-establish his trade value.  Wheeler had an incredible second half in 2018 but he is only 6-6 with a 4.69 ERA, 1.28 WHIP and 130 strikeouts in 119 innings over 19 starts this season.  Stash him if you can because he does hold some intrinsic value in the event he is traded or bounces back to finish off his contract year.

Veteran third baseman Evan Longoria has been placed on the 10-day injured list with plantar fasciitis in his left foot.  He had to be removed from Sunday’s game due to the condition flaring up and then the Giants made the roster move after an MRI confirmed the issue.  Longoria will likely need well more than the requisite ten days to rest and recover so he can be dropped in all league formats.  Longoria’s best days are long behind him as he is batting .241 with 13 home runs, 39 RBI, 38 runs scored and two stolen bases.  Pablo Sandoval will take over at third base for the Giants but he is only a viable option in NL-only leagues.

Dodgers’ super-utilityman Chris Taylor suffered a non-displaced fracture of his left forearm after he was hit by a pitch on Sunday.  Originally the x-rays did not reveal the fracture but he was still experiencing some pain and soreness so additional testing was done which showed the break.  Taylor will likely miss four to six weeks which is a bigger loss for the Dodgers than fantasy GMs.  Taylor provides great positional flexibility but he has been limited to a pedestrian .261 batting average along with eight home runs, 41 RBI, 33 runs scored and seven stolen bases.  He can be dropped in all league formats.

Bundy has been placed on the 10-day injured list with tendinitis in his right knee.  This could help explain his putrid outing last weekend when he was torched for seven runs in one inning against Tampa Bay.  The Orioles believe he will only miss one start so he should be able to return once he is eligible to be activated.  Regardless of that, Bundy is not a viable fantasy option in any league format as he is 4-11 with a 5.28 ERA, 1.37 WHIP and 97 strikeouts in 92 innings over 18 starts.  Bundy was once an elite prospect but has been miserable the past two seasons, all but eliminating any value he still had.