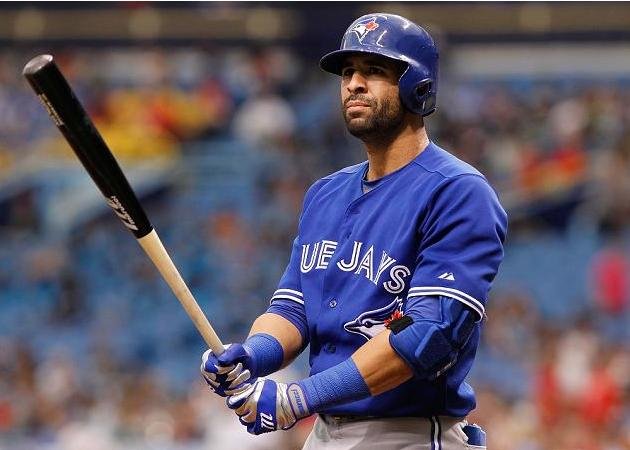 Happy Memorial Day to everyone.  This marks the unofficial start to summer and the beginning if Week 8 of the fantasy baseball season.  It has been a rollercoaster for GM’s having to deal with injuries which have wreaked havoc on rosters and lineups.  So without further adieu, here is the next installment of the walking wounded.

Toronto slugger Jose Bautista was held out of the lineup on Sunday after receiving a cortisone shot for his shoulder injury.  Bautista has been affected by this for quite awhile now which is reflective in his disappointing .215 batting average and only seven home runs to date.  It doesn’t appear that he will head to the disabled list, but the injury is clearly diminishing his value and production.

Holliday was hit by a pitch on Saturday which caused a contusion on his left arm.  He was held out of the lineup on Sunday but is expected to return right away.  Holliday doesn’t hit for much power anymore but he is still a consistent producer in batting average and RBI.  He is a safe bet to be in your lineup for Week 8.

Cueto was scratched from his start on Sunday with elbow stiffness.  He and the Reds have downplayed the significance of this and have indicated he should make his next start.  However, you should check back later in the week for an update on his status.  It’s a tough call in weekly leagues, but because he is likely one of your aces you should put in him your lineup and hope for the best.

Gray sustained an ankle injury on Sunday and was forced to leave the game.  The injury does not seem to be serious as x-rays came back clean.  Right now he is expected to make his next start for Week 8 so have confidence putting him in your lineup against a depleted Yankees offense next weekend.

Duda sustained a hamstring injury on Saturday and was held out of the lineup on Sunday as a precautionary move.  It doesn’t appear that he will miss much time, but we know how tricky hamstring injuries can be.  Duda has provided excellent production with batting average and on base percentage, but he has yet to hit his stride with power and RBI.  Look for an update on his status on Monday and put him in your lineup if he is good to go.

There are few players more frustrating to fantasy GM’s over the past few years than Jason Heyward.  Many projected the move to St. Louis would propel his career, but once again he has been underwhelming.  Now Heyward is dealing with a hip injury that cost him games this past weekend.  He still belongs in your fantasy lineup but a .238 batting average with only four home runs renders him marginal at best.

The nightmare continues for David Wright who has been shut down completely from baseball activities after being diagnosed with spinal stenosis.  He has missed practically the entire season since suffering a hamstring injury in early April.  Now there is no time table for his return, so plan on making other long-term plans at third base.

The day of reckoning is here as the decision whether Mesoraco will undergo season-ending hip surgery will be made on Monday.  Mesoraco was drafted as one of the best offensive catchers in fantasy baseball, but he has been limited to only 45 at bats and cannot even squat without pain.  You should assume he will be lost for the season and seek alternatives behind the plate.

Souza sustained a sprained wrist during a collision with Steven Vogt on Sunday.  X-rays came back negative but the extent of the injury is still uncertain.  Souza had a brace on his wrist after the collision and will undergo an MRI.  Check back for an update on his status within a day and be prepared for him to miss at least a couple days unless there is structural damage which would necessitate a trip to the disabled list.

I feel unclean writing about Josh Johnson who has been synonymous with the injury report for quite some time.  He is trying to come back from Tommy John surgery but suffered a setback last week and had his throwing session canceled over the weekend.  He does not belong on your fantasy roster even if he somehow makes it back to the field.