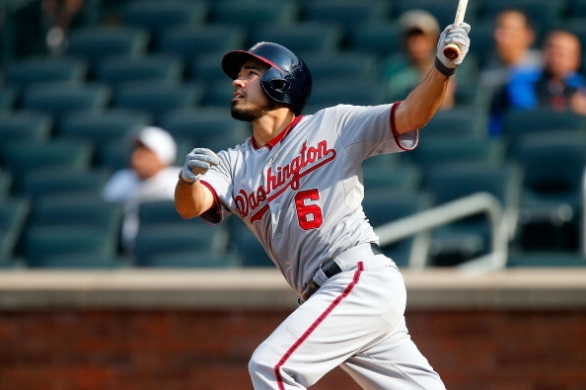 It was a relatively quiet weekend on the injury front which is a breath of fresh air for fantasy owners.  In fact, there is actually some positive news to report with a couple players on the mend and set to return in the near future.  So without further adieu, here is the next installment of the walking wounded.

Rendon has yet to play this season as he recovers from a knee injury sustained during spring training.  He has had several stop and starts during his rehab process as he is also dealing with soreness in his side which caused him to be scratched from a minor league lineup this weekend.  At this point it appears he won’t be ready to return for at least another week, so plan on being without him for Week 5.  He will be a difference-maker once he returns as he qualifies at both second and third base.

Good news for fantasy GM’s who drafted Pence much later than expected due to the broken forearm he sustained during spring training.  Pence took live batting practice over the weekend and could be back within the next week or two.  He will be a welcome addition to fantasy lineups in need of an injection of offense.

The Brewers are a mess and could be without shortstop Jean Segura for a few days after he was hit in the head by a pitch on Sunday.  Segura will go through the normal tests and protocol for concussions, but he should be back within a few days once he is cleared.  Check his status in the early part of the week for your daily league lineups.

Jennings has been out for almost a week with a left knee injury and was unable to return this past weekend.  Tampa Bay has placed him on the disabled list retroactive to April 26 so his absence should not be too extended.  Jennings is a frustrating player for fantasy GM’s as he has never fulfilled the expectations placed on him during his career.  Stash him if you have roster flexibility and available DL slots.

The Braves transferred Minor to the 60-day disabled list after suffering a setback earlier this season when throwing during his recovery from a shoulder injury.  Minor has not been healthy for quite some time and was barely worth stashing on your DL before.  At this point he has no fantasy relevance.

Cozart has never been known for his offensive production, but he has been a pleasant surprise for fantasy GM’s, especially in NL-only leagues.  Cozart injured his right index finger while fielding a ground ball on Sunday, but x-rays were negative and he should not miss too much time.

If you need proof that spring training performances do not carry over into the regular season, then look no further than T.J. House.  He was dominant during the spring and secured a spot in the Indians’ rotation, but he has been absolutely dreadful going 0-4 with a 13.15 ERA and a 2.54 WHIP.  Perhaps this is explained by the fact he has inflammation in his shoulder and has been placed on the DL.  Either way, House can be dropped and you can be put out of your misery.