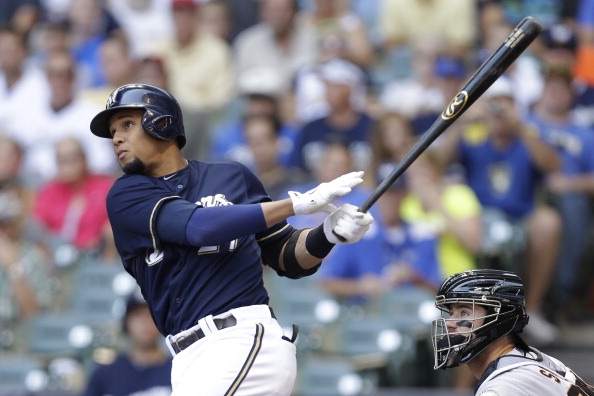 It goes without saying that injuries are one of the few sure things in fantasy baseball.  Unfortunately you never know when they will rear their ugly heads or to whom they will befall (except Troy Tulowitzki because it is inevitable).  We are only at the end of Week 2 of the season and a flurry of injuries to important fantasy players has struck GM’s across the board.  This is why it is so important to build depth in your drafts and navigate the waiver wire intelligently.  So without further adieu, here is the next installment of the walking wounded.

In what can only be described as a catastrophic loss to fantasy GM’s, Carlos Gomez will be placed on the DL due to a slight tear in his hamstring.  Gomez was a consensus first round pick in fantasy drafts and will now likely be out for an extended period of time.  You won’t be able to replace his offensive production on the waiver wire, so you may need to get creative and start negotiating a trade because this injury is going to leave a gaping hole in your lineup.

Speaking of hamstring injuries, Yasiel Puig has been dealing with one as well and missed Wednesday’s game against Seattle.  He has been dealing with this injury for awhile which is cause for concern that he could continue re-aggravating it going forward.  Continue to monitor his status for Friday but prepare yourself for long-term frustration if he is in and out of the lineup on a consistent basis.

Reyes was taken out of Thursday’s game in the first inning with an injury in his ribcage area.  He has a lengthy history of injuries throughout his career so this should not come as a surprise to any fantasy GM that drafted him.  We don’t know yet how long he may be out or whether he can avoid the disabled list, but what we do know is that the former all star cannot be trusted from a fantasy perspective.

If you haven't done so already, it is now time to officially recognize David Wright as a major injury risk after he strained his hamstring while stealing a base earlier this week.  Wright has battled a variety of injuries the past several years and has seen his fantasy value plummet with good reason.  The hope is that he can return when eligible after a couple weeks, but let’s not deceive ourselves with the reality of how long hamstring strains take to heal.

Rios was placed on the disabled list after sustaining a fracture in his left hand when he was hit by a pitch on Monday.  He will likely miss four to six weeks with the injury and Jarrod Dyson should be the primary benefactor of playing time during his absence.  Rios’s days as a top fantasy option are behind him so this should not be a devastating loss to your roster.  If it is, then something seriously went wrong during your draft.

Red Sox third baseman Pablo Sandoval is dealing with a bruised left foot which kept him out of the lineup on Wednesday.  The injury does not appear to be serious at this time, but you have to wonder whether the stress of putting all that weight on his foot will prolong the recovery process.  Monitor his status before Friday’s game and consider super-utility man Brock Holt as an option if you need an immediate replacement.

Mesoraco is dealing with a hip injury and should avoid the DL after being given some additional rest this week.  An MRI did not reveal any structural damage but a hip injury for a catcher is a real concern due to the wear and tear on his body.  With so few viable options at the catcher position, your best bet is to ride this out and hope Mesoraco is able to return in a few days.

Somehow Carlos Carrasco only suffered a bruised jaw after being struck in the face by a batted ball during his last start.  It was a scary sight but fortunately for the Indians and fantasy GM’s Carrasco will make his next start after only being bumped one day.  While he should be fine physically, it will be interesting to see whether this has any mental or subconscious effect on his pitching.