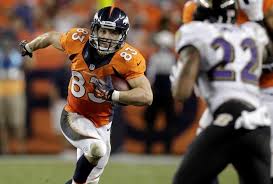 The most updated fantasy football rankings anywhere!! Over 600 players ranked with auction values, tiers and latest ADP data right there on the same page. It’s all a part of the 2014 Fantasy Football Draft Guide from Fantasy Alarm.

Three preseason games down, one to go.  The NFL season is just a couple weeks away and your fantast football drafts are taking place every day.  The third preseason game is where the starters typically play the most in preparation for the season.  This is a mixed bag of emotions as fantasy GM’s want to see which players are likely going to start or be heavily involved in the offense.  However, it also provides more opportunity for injuries to significant players.  Unfortunately, that is exactly what happened.  So without further adieu, here is the next installment of the walking wounded for fantasy football.

LeSean McCoy gave fantasy GM’s a slight heart attack when he left this past week’s preseason game with a thumb injury.  X-rays came back negative and the Eagles are reporting that the injury is not serious at all.  This is great news for fantasy owners who have the first or second draft pick and should not hesitate to take McCoy with either selection.

The end could be near for veteran wide receiver Wes Welker who suffered yet another concussion during the Broncos’ third preseason game against Houston.  This is now the third concussion Welker has sustained in the past 10 months, on top of other concussions he had when he was with the Patriots.  At some point, his long-term health and well-being need to be addressed before he decides to return to the field.  This clearly diminishes his draft value as it is questionable whether he will ever play again.  Emmanuel Sanders would step in and replace Welker in the slot which increases his value significantly in PPR leagues.

Cam Newton has a hairline fracture in his ribs which puts his status for Week 1 in jeopardy.  He will need some time for the pain and soreness to subside before testing out whether he can play, and if so, with any restrictions.  Newton is a tough and gritty player so I would expect him to be on the field when the season starts.  However, if he is still dealing with any lingering pain or effects, you can expect his rushing attempts to be minimal at best.

With Ray Rice’s two-game suspension looming, Bernard Pierce is getting a lot of love from fantasy GM’s.  Unfortunately, he was forced out of the Ravens’ third preseason game with a possible concussion.  The good news is that he indicated he was ok after the game and fully expects to be ready for Week 1.  Don’t let this injury scare you away from drafting him as he could easily overtake Ray Rice permanently as Baltimore’s leading rusher.

This is an injury with significant fantast football implications.  Kenny Stills missed the Saints first two preseason games with a quad injury, but he suited up for the third game and started ahead of rookie Brandin Cooks.  Stills, projected to be the Saints second wide receiver, re-injured his quad on a deep pass attempt and had to be removed from the game.  His status for the regular season is now in doubt which means Cooks could become the number two receiver right out of the gate.

Sam Bradford re-tore his left ACL in the Rams recent preseason game against Cleveland and is done for the year.  He was working his way back from the same injury he sustained last year, and now his return is over before it began.  Bradford is not a fantasy-relevant quarterback anyway, so this injury will not affect your draft strategy in terms of quarterback selection.  However, now that the Rams will be going with Shaun Hill as their quarterback, you can expect them to rely even more on Zac Stacy and the running game.

This may be the injury report, but I would be remiss if I did not include Denver kicker Matt Prater in this article.  Prater has been suspended by the NFL for the first four games of the season due to violations of the league’s substance abuse policy.  Prater is easily one of the top two kickers in fantasy football along with Stephen Gostkowski.  The suspension will clearly lower his draft value, so don’t hesitate to scoop him up in the last round of leagues with enough roster spots for backup kickers.