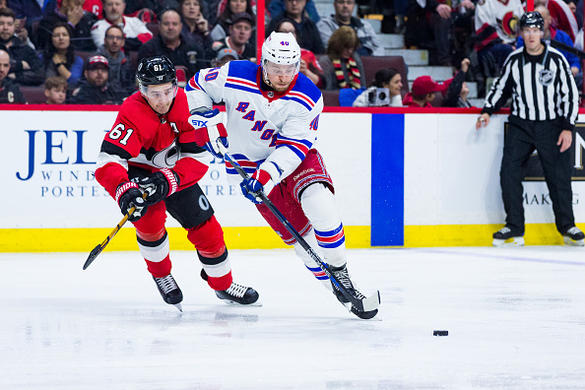 He is among the top candidates to be traded before next week's deadline, so the speedy Austrian winger is heating up at the perfect time. The 30-year-old Grabner is now up to 25 goals in 59 games this season, and is on pace to match his career high (34 goals, set with the Islanders in 2010-11). Grabner does not pass the puck much (only 6 assists in 2017-18) but a move to a contending team should give him a fantasy boost, overall.

Acquired recently from Detroit to help Philadelphia's dire situation in goal (the Flyers' top two goaltenders--Brian Elliott and Michal Neuvirth--are both out with long-term injuries), Mrazek should see the bulk of the workload down the stretch for Philly. He should be plenty motivated too, as the Czech puck-stopper could be showcasing himself for another NHL squad for 2018-19 (since both Elliott and Neuvirth are signed through next season).

With captain Nick Foligno now out of the Blue Jackets' lineup, Jenner's role figures to increase down the stretch. He should see more ice time on special teams and move up the depth chart at left wing. It has been a frustrating campaign for both the 24-year-old Jenner and his fantasy owners, but there is still plenty of time for redemption. He had been rumored to be available for trade but that is now less likely to happen with Foligno injured. 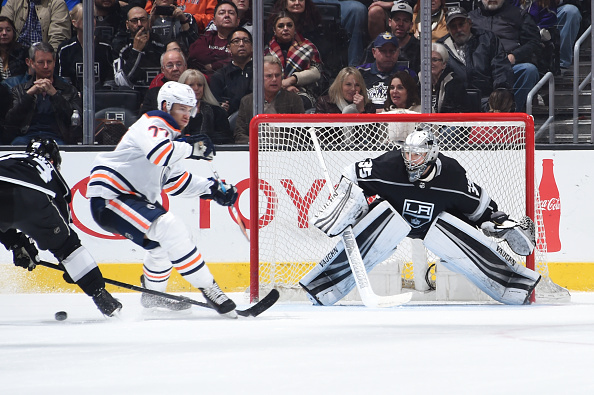 Acquired this week from Los Angeles, Kuemper's keeper league stock has risen exponentially due to the deal. He signed a new two-year extension immediately following the trade and figures to at least backup Antti Raanta in Arizona for the rest of this season. Moreover, with Raanta scheduled to become an unrestricted free agent on July 1, Kuemper might be in line to become the Coyotes' new starter in 2018-19. Keep an eye on the situation.

It could be viewed as a vote of confidence that the Canucks sent winger Reid Boucher down to the American Hockey League earlier this week (and kept Goldobin with the big club). The talented Russian enjoyed a two-point effort against Colorado recently and might be a sneaky-good pickup in various fantasy leagues for the final stretch of games. The 22-year-old Goldobin could also move up the depth chart if Vancouver makes a trade.

Since he arrived in Los Angeles, Phaneuf has not stopped scoring. In four games since being acquired from the Ottawa Senators, the veteran blueliner has potted three goals on 11 shots on goal. The 32-year-old blueliner has quickly established himself as a top-four stalwart with his new team. He could be a great late-season addition to any fantasy roster, especially since he seems to be receiving some time on the Kings' second power-play unit.

The speedy Dane has been a huge disappointment since coming to San Jose as an unrestricted free agent in 2016. Boedker has been a healthy scratch once this season and spent some time on the fourth line, as well. However, he recently got hot while playing on the third line alongside center Chris Tierney and countryman Jannik Hansen. With seven points in his last four games, Boedker might be worth a look in deeper leagues. 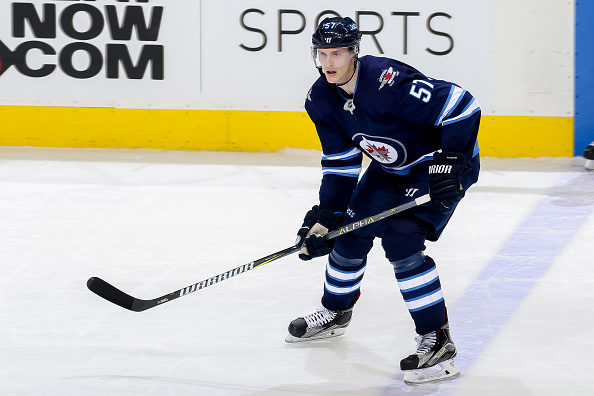 It has been some time since Myers was a legitimate offensive threat from the blueline. Injuries have really slowed down his progression at the NHL level, but the gigantic defenseman seems to be all the way back in 2017-18. His career high in both goals (11) and points (48) came in his rookie campaign with the Buffalo Sabres ('09-10) but, with six points in his last three contests for the Jets, Myers could take aim at his career marks.

The 37-year-old veteran has stepped in for an injured John Gibson this week and gone 80 minutes without surrendering a goal. Gibson should be back from his lower-body ailment at some point next week, but Miller's brilliance this week should provide him with a few extra starts down the stretch this season (also because Anaheim will want to give Gibson more rest so as to avoid further injuries). Pick Miller up if he is available.

The men's hockey tournament at the 2018 Winter Olympics in Pyeongchang, South Korea has not showcased as many stars as is usually the case (since NHL players were not allowed to participate this time around). However, a few future fantasy studs have been on display during these games. One such player is future Dallas defenseman Heiskanen, whose offensive ability could vault him into the Calder trophy race next season.