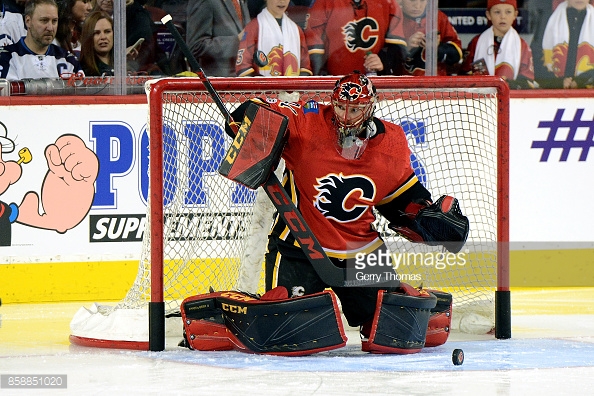 Calgary is in the thick of the playoff race in the Western Conference, so this injury has come at a very bad time. In his absence, 25-year-old Czech rookie David Rittich has taken over the top job but has gone 1-2-1 in four games replacing Smith. Rittich might have to share the load with fellow rookie Jon Gillies if Smith's groin does not heel up quickly. This crease situation seems like a bit of a fantasy nightmare at present time. Avoid it!

The Columbus captain has been incredibly inconsistent: he was on pace for 36 points this season prior to going down to injury, and has struggled in even-numbered years (37 points in 2015-16; 39 points in 2013-14). Meanwhile, Foligno has flourished in odd-numbered years--producing a career-high 73 points in 2014-15 and 51 points in 2016-17. Odd indeed. At this point, the 30-year-old is a candidate to be dropped in some leagues. 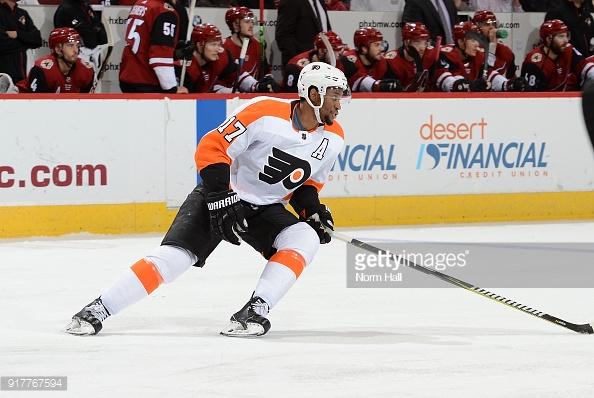 The 29-year-old power forward has now reached the 20-goal mark for the sixth time as a Flyer, but the team hopes he will return from injury within two weeks (three at most) to continue to light the lamp this season. Lately, Simmonds had been toiling on Philadelphia's second line with playmaker Jakub Voracek and rookie center Nolan Patrick. Look for Dale Weise, Michael Raffl or rookie Oskar Lindblom to take Simmonds spot on Line 2.

This is an unfortunate injury for Bernier, who was enjoying a very strong first season in Colorado (30 GP, 17-11-2, 2 SO, 2.82 GAA, .914 Sv%). The 29-year-old did yeoman’s work as Semyon Varlamov's understudy during the latter's earlier injury issues in 2017-18. Now, it will be up to Varlamov to pick up the slack for Bernier while the latter deals with his concussion woes. For Bernier fantasy owners, it has been a great ride but it appears over.

In more goaltending injury news, Neuvirth was supposed to take over the Flyers' starting gig while veteran Brian Elliott recovered from his own injury. Instead, the oft-injured Neuvirth is now expected to miss most (if not all of the rest) of the regular season. Elliott is now expected back before Neuvirth, and the Flyers have acquired Petr Mrazek from Detroit as an injury replacement. Therefore, Neuvirth can be safely dropped in most leagues.

A player rumored to be on the verge of being dealt prior to next week's February 26 trade deadline, Green might have already played his last game as a Red Wing. The club will probably hold him out until the deadline as a precautionary measure. Teams such as the Tampa Bay Lightning, Washington Capitals and Vegas Golden Knights have all been rumored to have interest in Green. His fantasy stock should improve greatly (if healthy).

The Islanders might be in some trouble without Greiss. He is coming off a 45-save shutout of the Carolina Hurricanes in a crucial playoff battle, but suffered an injury and will now be lost for a while. Jaroslav Halak needs to step up with Greiss out, but New York could really use more help between the pipes down the stretch. While Halak's value has risen significantly, do not be surprised to see the Isles add another puck-stopper this week. 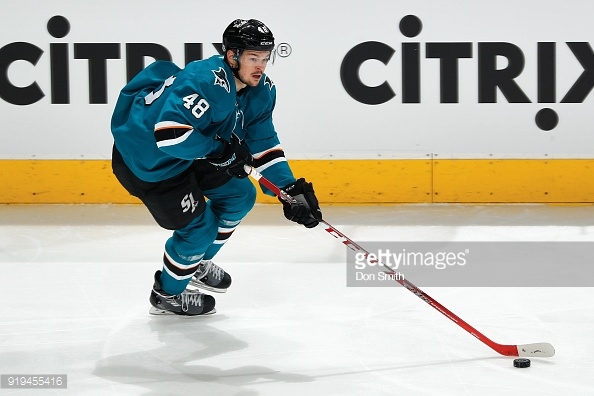 In Hertl, San Jose loses one of its most important, most well-rounded players. A staple on special teams, he can toil both on the wing and center. The versatile Czech was playing an important role as a top-six forward for a Sharks team already missing top playmaker Joe Thornton. With 15 goals and 33 points, Hertl was on his way to challenging his career high (46) in points, set in 2015-16. The Sharks will miss the talented 24-year-old.

Another team that could ill-afford a key injury was Colorado, and yet the club lost both goaltender Bernier and defenseman Johnson in the same week! Losing Johnson particularly hurts an Avalanche squad that was probably already looking for more blueline help prior to the February 26 deadline. There is now a greater sense of urgency, as Colorado's playoff hopes may hinge on the ability to land another blueliner before next week.

10. Shea Weber, D, Canadiens (foot injury, out for the rest of the season)

Montreal's season from hell continues to reach new depths. Weber, limited to 26 games in 2017-18 because of a broken foot, has been shut down again because of persistent issues. He has likely played his last game this regular season. If this is it for the 32-year-old veteran, he will probably see a rather large turnover of the Canadiens roster this off-season. He still has value in keeper leagues but can be safely dropped otherwise.