WinView Games: How We Got Here 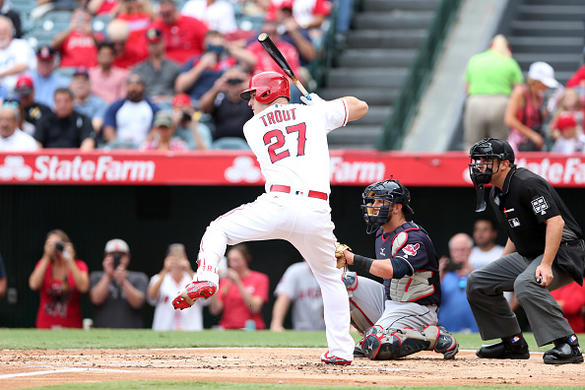 HOW WE GOT HERE – The History that makes WinView Possible 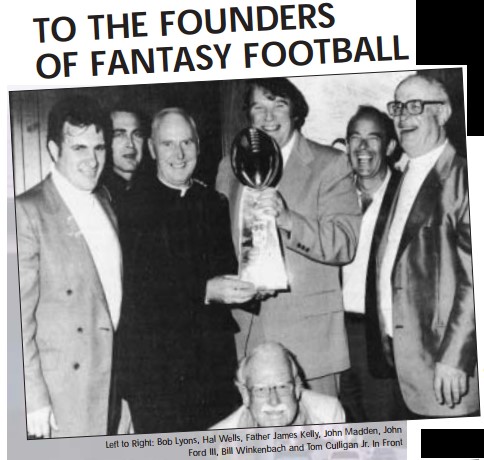 In 1961, Hal Richman started a company called Strat-o-Matic and although the concept was not real-time performances and was based on dice rolls, it was largely the inspiration for fantasy baseball.  In 1962, William Gameson, a Harvard Professor, began giving Baseball Seminars. Many of the people responsible for the explosion of fantasy baseball attended those seminars including  Daniel Okrent, who invented a scoring system for fantasy sports dubbed Rotisserie in 1979 and is often credited with founding fantasy sports.  His work and the 1984 publishing of The Official Rules for Rotisserie Baseball by Glen Waggoneer created 150,000 leagues by 1989.

In 1987, software to run fantasy leagues became available on the shelves of department stores and dial-up bulletin boards.  Stats services cropped up all over the country to service these 150,000 leagues.  In the early 1990s, this software became available on AOL and PRODIGY as a download for your PC.  Terry Bradshaw Football and Cal Ripken Baseball were the most popular along with the Baseball Manager simulation subscription service on PRODIGY that is still around today.

Then the Internet came! 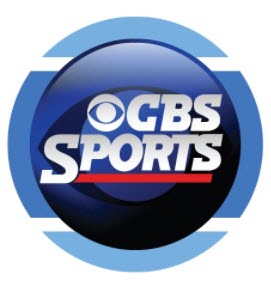 Throughout the late 1990s, the Internet breathed energy into fantasy sports with CBS Sports leading the way and the fantasy sports concept went viral as the first social network.  In the early 2000s, major media and leagues took notice and it exploded into mainstream consciousness.

In October 2006, the Unlawful Internet Gambling Enforcement Act changed the landscape of fantasy sports by specifically carving out fantasy sports in a way that made daily leagues legal at least under federal law.  Each state had its own laws, but it gave rise to many companies diving into the daily fantasy sports pool.  FanDuel and DraftKings emerged and saturated the marketplace with advertising and relationships that made it impossible for anyone in America to not know about fantasy football.

At the same time, many major broadcast networks and regional sports networks tried to figure out how to keep up with technology and like fantasy sports, MAKE THE GAMES MORE FUN TO WATCH.

Many applications attempted to create engagement, contests and for lack of a better word ACTION during the broadcasts of the games.  At the time, I was in business development for NBC Sports digital and saw so many pitches on products and services for the fan to get closer to the game.

Well, that is where WINVIEW GAMES comes in.  If you are still reading this, you already are interested in making the games more fun to watch, engaging with like-minded sports fans and playing in contests for real money while you do it. 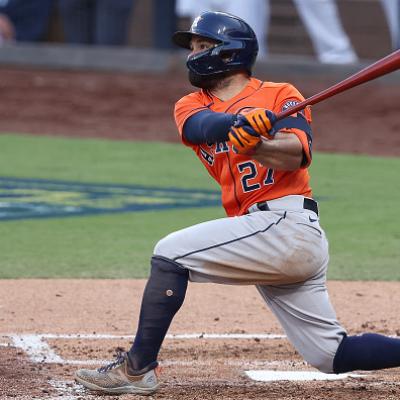 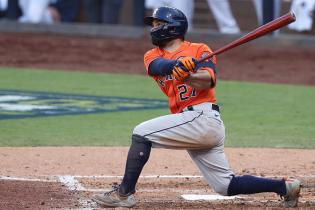 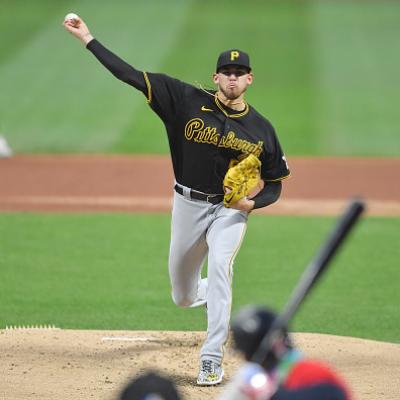 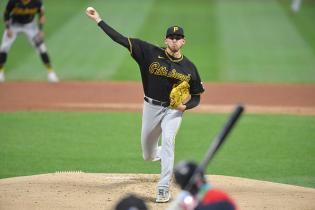 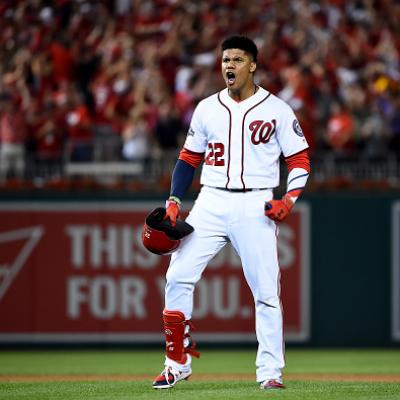 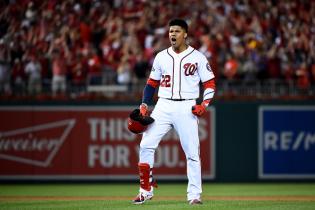 M. Brantley - LF
FA
Ken Rosenthal of The Athletic reports that the Blue Jays are "still trying" for free agent outfielder Michael Brantley.
They just agreed to a reported six-year, $150 million contract with George Springer, but the Jays apparently aren't done spending on bats. Brantley, 33, could be a good option for Toronto at DH, a role he filled 26 times last season with the Astros while delivering an overall .300/.364/.476 batting line with 20 extra-base hits (five home runs, 15 doubles) in 187 plate appearances. Rosenthal notes that Springer and Brantley are "close friends" and also happen to be represented by the same agency, Excel Sports Management. TSN's Scott Mitchell adds that "there's legit legs" to the two heading to Toronto as a sort of "package deal."
Added Yesterday 11:25 pm (EST)
Added Yesterday 11:25 pm (EST)

J. Quintana - SP
LAA
According to Ken Rosenthal of The Athletic, the Angels are signing free agent left-hander Jose Quintana.
It's a one-year, $8 million deal and is only pending a physical, per Tim Brown of Yahoo Sports. Quintana made just one start and three relief appearances last season with the Cubs, mostly due to a lingering lat injury, and he holds an underwhelming 4.67 ERA and 164/49 K/BB ratio over his last 181 innings since the beginning of the 2019 campaign. But the soon-to-be 32-year-old represents a nice depth addition for an Angels pitching staff that badly needs it and he could be a bounceback candidate in 2021 with improved health.
Added Yesterday 11:05 pm (EST)
Added Yesterday 11:05 pm (EST)

G. Springer - CF
TOR1
ESPN's Jeff Passan confirms that the Blue Jays are in agreement on a deal with outfielder George Springer.
In retrospect, Brendon Kuhn of the Blue Jays Nation blog actually had the news first, with Ken Rosenthal of The Athletic providing the financials: six years, $150 million -- the richest contract in franchise history. Springer is headed to the team's spring training complex in Dunedin, Florida and it will all be official after he passes the necessary pre-signing physical exam. This should prove to be a huge fantasy boost -- and obviously real-life boost, too -- for the entire lineup in Toronto. The 31-year-old three-time American League All-Star has produced a .284/.376/.576 slash line (.953 OPS) with 53 home runs and 128 RBI over his last 173 games dating back to the beginning of 2019. He mostly hit leadoff for the Astros and should do the same with the Jays.
Added Yesterday 10:53 pm (EST)
Added Yesterday 10:53 pm (EST)

G. Springer - CF
TOR1
MLB.com's Jon Morosi reports that the Blue Jays are now the "frontrunners" to sign George Springer.
Morosi also acknowledges that a couple of Twitter users, one a Sportsnet employee, have stated that the Jays and Springer are already in agreement. Joel Sherman of the New York Post, meanwhile, is hearing that the two sides are "closing in" on a deal. This could fully come together within the next 24 hours, and perhaps even sometime late Tuesday night. Springer was a target of the Mets as well, but it seems their primary focus has shifted to a long-term contract extension for star shortstop Francisco Lindor, who was acquired from Cleveland earlier this month. Springer, 31, registered an .899 OPS with 14 home runs and 32 RBI over 51 games with the Astros in 2020 and is said to be steering toward a free agent contract worth more than $125 million.
Added Yesterday 10:10 pm (EST)
Added Yesterday 10:10 pm (EST)

Z. Grotz - RP
SEA
Red Sox signed RHP Zac Grotz to a minor league contract with an invitation to spring training.
Grotz had an ugly 7.30 ERA in 24 2/3 innings of relief with the Mariners between 2019-2020, but he's posted impressive numbers in the upper minors and may have a real shot of claiming a spot in Boston's bullpen.
Added Yesterday 9:33 pm (EST)
Added Yesterday 9:33 pm (EST)

G. Springer - CF
TOR1
Sportsnet's Ben Nicholson-Smith hears from a source that George Springer is "impressed" by the Blue Jays.
There are rumors floating around that Springer has a deal in place with the Jays, but no respected reporter is confirming (or even acknowledging) them. That said, Toronto does seem to be emerging as a possible favorite here, with MLB.com's Jon Morosi saying a final decision could come this week. The 31-year-old free agent outfielder is also being pursued by the Mets, though they just had to make a big change in their front office and owner Steve Cohen might be more focused on trying to extend trade acquisition Francisco Lindor. According to Jon Heyman of MLB Network, the price tag on Springer could soar beyond $125 million.
Added Yesterday 9:10 pm (EST)
Added Yesterday 9:10 pm (EST)

K. Hernández - 2B
LA1
According to Jon Heyman of MLB Network, the Mets "were in pretty strong" on free agent utilityman Enrique Hernandez.
But it seems that pursuit was led by former GM Jared Porter, who was fired on Tuesday after a little over a month at the helm. It's unclear whether the Mets remain in touch with Hernandez now that president Sandy Alderson and assistant GM Zack Scott are making the baseball decisions. Heyman notes that the Red Sox have also shown serious interest in Hernandez, who's a fit for a range of clubs thanks to his defensive versatility.
Added Yesterday 8:26 pm (EST)
Added Yesterday 8:26 pm (EST)

A. Bummer - RP
CWS1
Aaron Bummer (biceps) said Tuesday that he is a "full-go" for the start of spring training.
Bummer was limited to nine appearances in 2020 because of a left biceps strain and left biceps nerve issue that kept him out from August 8 to September 23, but he showed well when healthy and projects to serve as a key setup man for the White Sox in 2021 ahead of new closer Liam Hendriks. The 27-year-old boasts a 1.99 ERA and 74 strikeouts over his last 77 innings of work dating back to the beginning of the 2019 season.
Added Yesterday 8:01 pm (EST)
Added Yesterday 8:01 pm (EST)