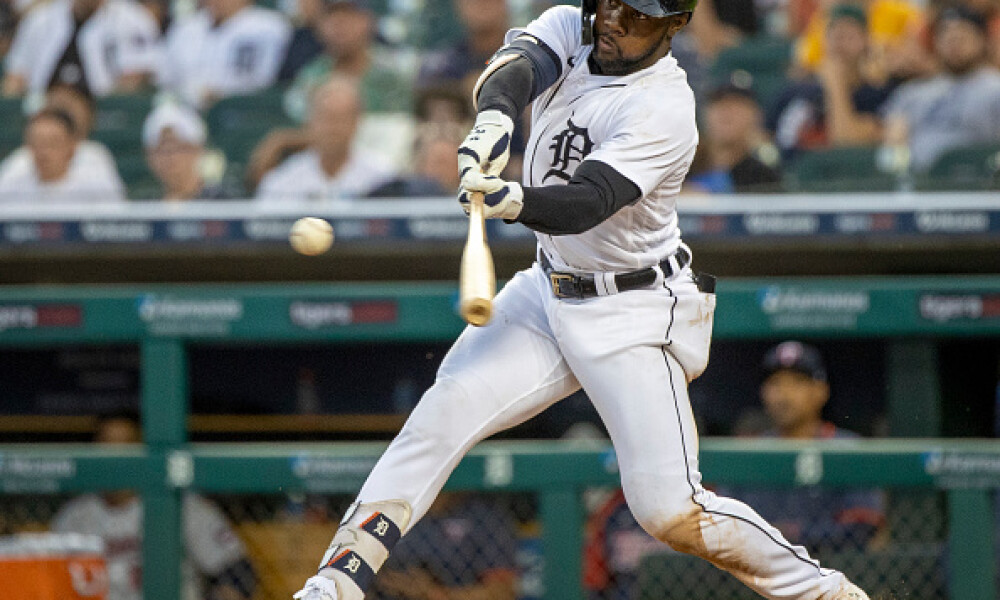 At this point in the season, at least for this week, things are getting a bit stale out there on the wire and the goal here is to avoid duplication from previous weeks as much as possible. As more and more teams begin to check out with football kicking into high gear, movement begins to slow but this is your time to shine. Ultimately all that means is that there are even more opportunities for you, the smart and committed owner, to move up the standings. It is also time to take a good, long look at your roster to prepare for the stretch run.

Akil Baddoo (DET); FAAB Bid: 1% - At this point Baddoo has likely churned through a few teams and the waiver wire on multiple occasions this season, but now that he is back from the Injured List maybe we should put an end to that? The good news is that the outfielder has batted lead-off in the two games he has started (out of three) but the bad news is that he is hitless in 10 bats. It does appear that Detroit will give Baddoo his share of playing time as he has hit leadoff in each game he started since returning but the overall numbers (.258, 10 home runs 45 RBI, 44 runs scored, and most importantly 14 stolen bases) doesn’t bring the pop his start to season did, it there is value in it nonetheless. That is especially case from the stolen base perspective; and that he has been consistent with after April. With a .214 xBA, that is something to keep an eye on but Baddoo can be a solid contributor and that grows even more in the stolen bases department and we’ve already seen his absolute ceiling; just don’t go chasing it.

David Peralta (ARI); FAAB Bid: 1% - No, I’m not trying to put you to sleep here. Instead, it’s all about being responsible and filling holes that may be in your lineups. Peralta often leaves me wanting more, but he plays just about everyday and bats towards the middle of the lineup and that can’t be ignored. Entering action on Saturday he was batting .341 over the last 14 days but Peralta had just four RBI in that stretch. On the season Peralta is batting a solid .256 with 52 RBI and 45 runs scored to go along with just six home runs. The 30 home runs that Peralta hit in 2018 are ancient history and with a 4.9-degree launch angle this season along with a barrel rate of 5.2%, what you see is what you get here.

Elias Díaz (COL); FAAB Bid: 1% - It’s always a challenge to find production from the catcher position in leagues that require you to start two, but Diaz might help you close out the season strong there. Over the last 14 days prior to action on Saturday the Colorado backstop was hitting .323 in 31 at bats with two home runs, five RBI, and nine runs scored. With a .233 batting average, things will be tough there but it is also par for the course and since Diaz doesn’t play every day it won’t sink you as badly. In 284 plate appearances, Diaz has 15 home runs and that is where his value comes into play with his 13.4-degree launch angle on display.

Leody Tavares (TEX); FAAB Bid: 1% - If Tavares had gotten even one hit in his 16 at bats since being recalled from Triple-A I would feel a lot better about this. And it’s not like Tavares did much earlier in the year as he managed just four hits in 46 at bats after starting the season in Texas. In between the outfielder hit just .245 in the minor leagues while striking out 24.9% of the time (not entirely crazy) but he did walk at a 12.9% rate so there is more value in OBP leagues. Tavares does have prospect pedigree and stolen bases were always an asset (13 this season) but his power really emerged as he hit 17 home runs while driving in 55. The talent and recent performance are enough for me to take a flier here if there is space.

Tommy La Stella (SF); FAAB Bid: 1% - The versatile infielder is back after a lengthy stay on the Injured List and he is once again flexing his multi-positional eligibility. Especially in daily leagues, this is something that can’t be overstated towards the end of the season. Through 154 plate appearances the utility man is hitting .254 but that mark jumps up to .324 in the last 14 days. It is a rarity in today’s game but at just 10.9%, La Stella doesn’t strikeout and his xBA of .287 gives us a little room for upside as he should contribute RBI and runs scored.

Zach Davies (CHC); FAAB Bid: 2% - When we are looking at pitchers taking the mound twice, their recent success and opponents in the upcoming week are often the biggest factors to consider. With Davies, we can check both boxes as he is slated to face the Twins and Pirates this week. In his last three starts the right-hander has 3.24 ERA with 18 strikeouts, compared to just three walks, in 16.2 innings of work. Talk about a departure from what we had become accustomed to from Davies as none of those jives with his 5.00 on the season with just seven strikeouts per nine innings while walking 4.39 batters. Despite the ugly overall stats, Davies has had success at points this year with a 1.72 ERA and 3.82 ERA in June so let’s see if he can continue to channel that success through two favorable matchups.

Bailey Ober (MIN); FAAB Bid: 2% - Chase those strikeouts and give me two chances at a victory as Ober faces Detroit and Tampa Bay this week. Ober has been a solid option for Minnesota this year with a 4.06 ERA through 15 starts but length has been an issue with just 68.1 innings so far this season. In his last four starts though Ober has gone at least five innings each time out allowing just five runs in total while striking out 21 batters. Two things that I do like Ober is the 9.44 strikeouts per nine innings comes with just 2.23 walks. The problem we have to keep an eye on those is the 1.83 home runs allowed per nine innings and the fact he only has a 32.6% ground ball rate. It won’t be a smooth ride with Ober but it is a solid body of work and for the most part he hasn’t imploded this season with just one start of five earned runs and three with four.

Matthew Boyd (DET); FAAB Bid: 1% - Boyd will return to action on Sunday against Toronto but this mention is more for the remainder of the season than just the one start. Prior to missing over two months with an elbow injury Boyd was having a solid season with a 3.44 ERA and 1.20 WHIP and there is no reason why he can’t get back to that. There are a lot better teams for the southpaw to make his return against but it is very possible that keeps his value in check for the following week. Boyd was able to make it through his rehab starts without much of an issue and pitching in the AL Central should certainly be beneficial from a match-up perspective moving forward.

Adam Ottavino (BOS); FAAB Bid: 3-4% - With Boston giving Matt Barnes a break, right now it is temporary, from the ninth inning, Ottavino has stepped right into that role picking up saves on back-to-back days this weekend. That brings his total for the year to nine so we know that there is a comfort level for Ottavino in the ninth inning and if he continues to have success there is no reason for the Red Sox to simply drop Barnes back into the role unless there truly is a need. With a 3.41 ERA and 1.40 WHIP the ratios could be worse (remember Ottavino is only throwing a few innings a week so the overall WHIP should be fine) and he has 55 strikeouts in 51.1 innings, but this is all about those saves.

Jonathan Loaisiga (NYY); FAAB Bid: 1-2% - While Aroldis Chapman is still the Yankees’ closer, it’s hard to miss the struggles he is having as well. With Zach Britton now out for the year, Loaisiga has quickly become a vital part of New York’s bullpen and it shouldn’t be all that surprising. Not only does the right-hander have a 61.9% ground ball rate, but he also strikes out a batter an inning while limiting the walks to 1.95 per nine innings and only allowing 0.28 home runs per nine innings. That leads us to a 2.23 ERA on the season and with five saves, Loaisiga has shown he can handle high leverage roles.