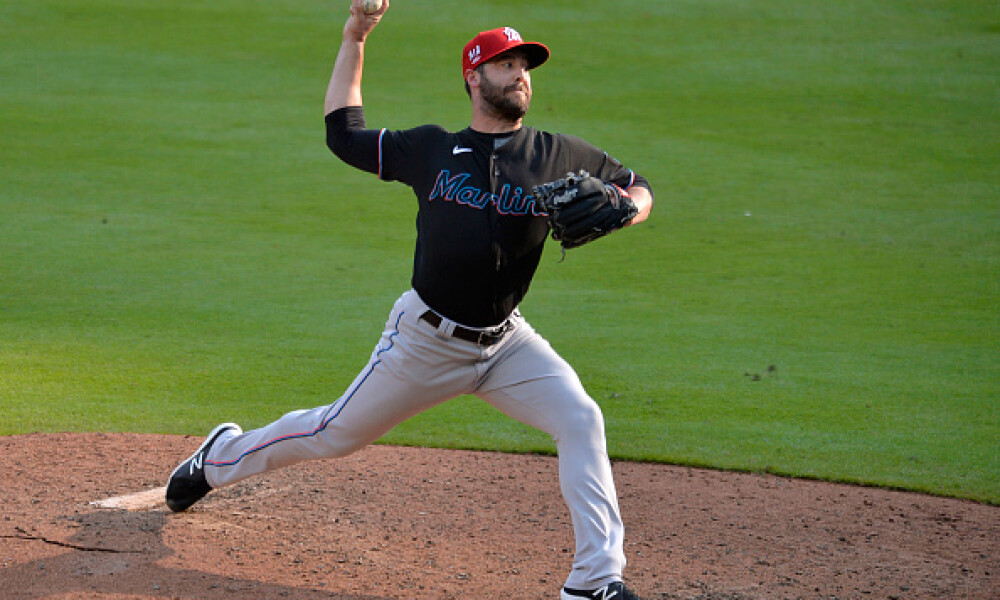 Austin Nola, (SD); FAAB Bid: 1% - Nola doesn’t play every day, so there is the first problem, but that is also the case for most catchers. Since returning from injury Nola has been around 50 to 60% in that department but he is hitting .455 over the last 14 days with 10 hits in 22 at bats while driving in five runs. The catcher is batting .282 on the season and when he does play is part of a strong lineup in San Diego which stands out at the position as most of his counterparts do tend to bring down the batting average.

Amed Rosario (CLE); FAAB Bid: 3% - This isn’t the first time I’ve brought up Rosario in this space but I’m struggling with the fact that he is owned in just 30% of Yahoo leagues. So here we go again with Rosario as he is batting .319 in the last 14 days while scoring eight runs, driving in five, and stealing three bases. Rosario is batting .271 on the season as part of a solid campaign despite not showing much in the power department; six home runs and 32 RBI. We get speed, 12 stolen bases, without it coming with a liability in the batting average department and Rosario has scored 51 runs so far this season. From a Statcast perspective we don’t get much from Rosario but he does have a career best 42.1% hard-hit rate.

Brandon Belt (SF); FAAB Bid: 2% - In 2021 we don’t have the luxury of holding on to all of our injured players and Belt is no different. The first baseman returned earlier this week and has a hit in each of his three games. Of more importance and emphasis is the home runs that Belt has hit in two of those three games (including two on Saturday) while driving in at least a run in all three. In 214 plate appearances this season Belt has 14 home runs and 31 RBI while hitting .254. One of the knocks on Belt has always been his ability to remain consistently healthy, but in this instance, accept the price and get as much as you can out of him.

Elias Díaz (COL); FAAB Bid: 1% - If you are looking to fill a hole behind the plate, and at this point in the season most of us are, there is some value to be found with Diaz. The Colorado backstop plays most days and that does count for something. We do have to acknowledge though that Diaz is one-dimensional but we do get credit for his 13 home runs. It is interesting though to see that even though he has just a 16% strikeout rate, Diaz is still batting only .229 courtesy of a .220 BABIP. If we look past what Diaz did in April and May (hitting .103 and .146) then he becomes that much more attractive as he has hit .260 and .279 in June and July respectively.

Yadiel Hernandez (WAS); FAAB Bid: 2-3% - While it has come through a few injuries and trades, Hernandez has found his way both into regular playing time and a spot in the middle of Washington’s lineup. Before going hitless on Saturday, Hernandez was previously working on a nine-game hitting streak and he is hitting .303 on the season while benefitting from a .375 BABIP. At 33, Hernandez is older than most rookies but we should take note of the 33 home runs he hit in 2019 at Triple-A while also batting .323. There is some track record in play, but this really a case of following the hot hand although Hernandez is sporting a 44.9% hard-hit rate.

Drew Smyly (ATL); FAAB Bid: 3% - The reliable, used loosely as we know the health is never there consistently, veteran isn’t going to wow you and is also the epitome of what a streaming option is. Smyly takes the mound twice this week, facing the Reds at home and Washington on the road, and he is worth a look for those of us chasing strikeouts and wins. So far this season he has managed to stay healthy making 19 starts while winning seven games posting a 4.50 ERA which gives you a quality start on average. All of the other ERA metrics do put him slightly higher and we really do need to watch out for the longball with 1.78 allowed per nine innings. His last start aside, three runs in four innings, Smyly has gotten progressively better this season after his 8.05 ERA in April all the way down to a 2.84 ERA mark in June and a 3.33 ERA in July. I’ll take my chances with that this week for two starts.

Wil Crowe (PIT); FAAB Bid: 1% - Talk about going on a limb but here we are. If you look at Crowe’s 5.47 ERA on the season it is cause for turning right back around as the best metric we can offer is his 4.88 xFIP. In his last three starts Crowe has a 2.93 ERA with two victories and 18 strikeouts in 15.1 innings. It isn’t all sunshine though as we do have to be quite aware of the walks, seven over that stretch and 4.40 per nine innings this season, but he does strikeout close to a batter an inning. The walks coupled with the home runs, 2.14 per nine innings, will continue to be a problem and that even was the case in July as he had success with a 3.46 ERA in 26 innings while walking 13. Crowe did get better with the longball in July, 1.38 per nine innings, and we see the direct benefit of that in his 3.46 ERA. I’m not saying it’s going to be easy or stress free, but Crowe is making strides in the right direction and he does take the mound twice this week against St. Louis and Milwaukee.

Logan Webb (SF); FAAB Bid: 4% - If you weren’t paying attention to Webb, then the right-hander is certainly doing is best to make sure that he is on your radar. Webb breezed through six innings of one run ball against the Brewers on Friday while striking out nine batters. Through 79 innings this season, Webb has 82 strikeouts and a 3.19 ERA to go along with a 3.05 xFIP. Between striking out 9.34 batters per inning and posting a 59.7% groundball rate Webb has been able to minimize the damage this season. Hitters have just a 0.2-degree launch angle against the right-hander and they also fail to make strong contact against him (6.4%-barrel rate).

Dylan Floro (MIA); FAAB Bid: 5% - After the trade of Yimi García a week ago we were left to try and decode who would be closing games for the Marlins, and Floro picked up two saves in consecutive games earlier this week. Overall, on the season the right-hander is up to four saves while posting a 2.64 ERA through 44.1 innings while striking out 40 batters. Anthony Bender, along with others, are also in play here but Floro appears to be the leader for now and he has the track record to support it thus far this season.

Alex Colomé (MIN); FAAB Bid: 3% - Colome began the season as the closer for Minnesota but things quickly turned sour for the right-hander and was moved to a lower leverage roll. Following the trade of Hansel Robles and the injury to Taylor Rogers, Colome has found himself back in the closer’s role almost by default and that has to attract our attention. He hasn’t allowed a run in his last three outings, two of which ended in saves this past week, and that is what we have to focus on here. There is a track record of success, and also struggles, in the closer’s role and for now the job belongs to Colome who will strikeout just about a batter per inning.