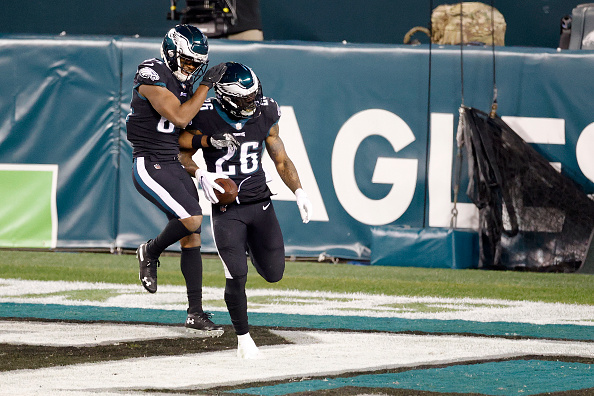 Happy New Year! We have a fun Sunday Night Football game with major playoff implications to end the 2020 regular season, and Monkey Knife Fight is celebrating with a special contest for our readers.

Let’s take a look at some of the props in Sunday’s contests.

For as much as we think of Smith as someone who never throws the ball down the field, he has topped 237.5 passing yards in three of the five games he started and finished. I think it will hurt Smith quite a bit if Terry McLaurin is out. We also don’t know if Smith will be hampered at all by his calf injury. I’m going Under, but I may change my mind if McLaurin is active. The under for Hurts is the far easier call. I don’t care that he racked up passing yards against Arizona and Dallas. New Orleans held Hurts to 167 yards passing, and I think Washington could do the same.

Jalen Hurts has at least 20 fantasy points in all three of his starts, while Smith has not topped 20 fantasy points in any game this season. Hurts is giving a lot of points and he has the tougher matchup, but I think his rushing advantage is too much for Smith to overcome. I think Gibson and Sanders are similar players, but Sanders has more proven home run ability, and he has three touchdowns in three Jalen Hurts starts, including two against New Orleans.

I might swap Thomas for McLaurin, if the latter is active. Gibson has 11 touchdowns in 13 games, while Sanders has three touchdowns in the three games Jalen Hurts has started. Thomas has caught the last two touchdowns Alex Smith has thrown, so he gets the nod for me. If Dallas Goedert and Richard Rodgers are both out, I would consider Zach Ertz in Thomas’s spot.

We have come close on most of our long shot plays the last couple of months, and I think this is the week we actually hit it. We’ve already discussed the first two props above. I think both Logan Thomas and J.D. McKissic benefit if Terry McLaurin is out. The Sanders call feels the riskiest, but with his long speed, it only takes one carry for him to go over.