Steve Pimental does a deep dive into the offseason of the Connecticut Sun including their acquisitions and losses and what the fantasy outlook is like for key players. 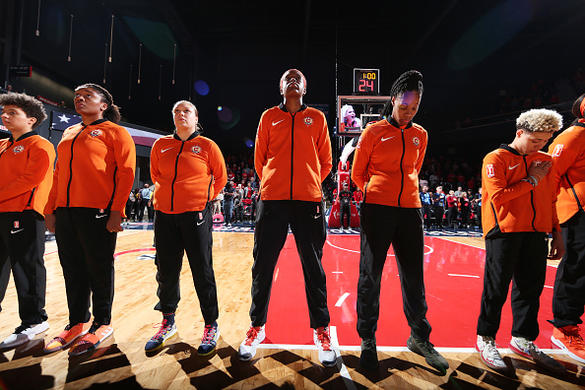 ?      Traded their 2021 second-round draft pick to Seattle for Kaleena Mosqueda-Lewis. 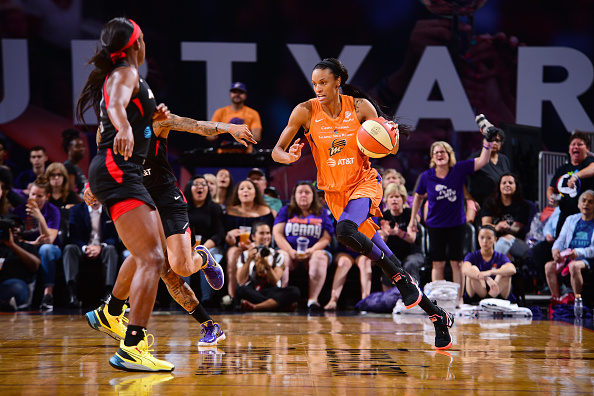 Connecticut won the DeWanna Bonner sweepstakes, which in and of itself is enough to keep the Sun in the championship conversation. Bonner was the best player available this offseason in free agency or trade, and she now gives the Sun the best three-four-five combination in the league. Bonner will likely spend the overwhelming majority of her time at small forward after being forced to play power forward much of last season, but that should not be a problem. She, January and Jonquel Jones are all good enough shooters that Connecticut should at the very least maintain a top-three offense again, and perhaps even improve on last season.

Connecticut’s Achilles heel, once again, will be its bench. Connecticut lost Layshia Clarendon, Rachel Banham and Morgan Tuck, and replaced them with Kaleena Mosqueda-Lewis. Connecticut used the same starting lineup for every game this season, and unless they have perfect health from their starters again, their depth will be tested. They certainly have the weakest bench of any of the title contenders.

The Sun do not have a draft pick in the first round, and it seems unlikely they have the assets to trade back into the first round even if they wanted to. It appears they found a diamond in the rough in the second round in 2019 in the form of Natasha Hiedeman, and it would be huge if they could hit on another guard in the second round of this draft. That, of course, is unlikely.

For about a week, Connecticut had the best starting five in the WNBA, having added DeWanna Bonner to what was already the best five-player lineup in the playoffs. The Sun have since traded Courtney Williams to Atlanta, but they still might have the best starting lineup in the league. After all, most teams would probably be happy to replace Williams and Shekinna Stricklen with Bonner and Briann January.

As a veteran who doesn’t need the ball in her hands and who is a career 38.2 percent three-point shooter, January should fit well in this lineup. While she won’t replace Stricklen positionally, she will mostly be asked to space the floor and make open shots, as Stricklen was.

While January appears to be a lock to close games for Connecticut, especially if they need offense, she isn’t a lock to start games. January and Thomas are both point guards, and it may make more sense to bring January off the bench so that head coach Kurt Miller can keep one of them on the floor at point guard at all times. 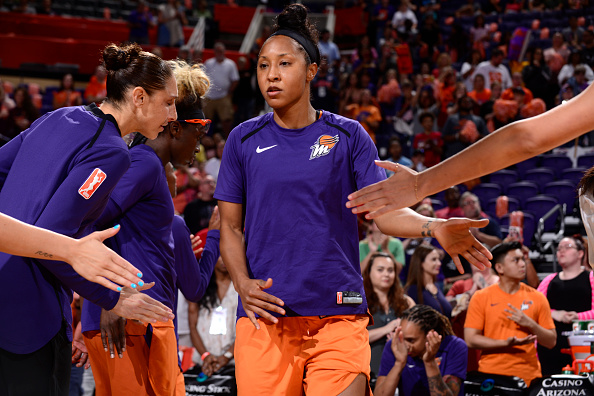 If January does come off the bench, whoever starts will be new to the position. Connecticut used the same lineup in every game last season, so we don’t really know who Miller will turn to next to Jasmine Thomas. Bria Holmes led the Sun with 15.6 mpg off the bench, so there is a strong chance she’ll get the first crack at starting. Holmes shot a career-high 31.7 percent on 1.9 three-point attempts per game last season, and there is a decent chance opponents would ignore her completely on offense if she were to play with the starters. The other four starters are good enough offensively that they could probably still win that way, but it will would make things more difficult for them.

Natasha Hiedeman would probably be the best choice to start at SG, even though she only averaged 10.2 mpg as a rookie last season. The second-round pick displayed impressive athleticism and shot a robust 46.4 percent on threes last season, If she comes anywhere close to that mark this year, she will be just fine in the starting lineup. Hiedeman is eighth in the Swedish Basketball League in points and averaging nearly 30 minutes per game, which could be an indication she is ready for a larger role.

Connecticut’s biggest question, outside of their ability to stay healthy, is how quickly they can integrate DeWanna Bonner into their offense. She looks like a perfect fit on paper, but Connecticut had the advantage of continuity with its previous group, and they sacrificed some of that for what is almost certainly a higher ceiling if everything clicks.

While much of the focus on Connecticut’s offseason has been on how their offense will look with Bonner, their defense could be better after they finished fifth in defensive rating in 2019. Bonner’s size and athleticism give Connecticut a strong wing defender they haven’t had in the past.

If the Sun are going to get over the hump and win the WNBA title, they will likely need a surprise contribution from one of their bench players. Natisha Hiedeman certainly has the athleticism to make a leap in her second season, but their best bet may be Kaleena Mosqueda-Lewis getting unlocked in her new home. After spending the first five seasons of her career in Seattle, this will be her first real shot at an expanded role. She has shot at least 34 percent from three in each of her last two seasons, and if she can do that again, she could be a valuable contributor off the bench.

Connecticut lost in Game 5 of the WNBA finals and added a three-time WNBA All-Star, and they still don’t have the best championship odds. That distinction goes to Las Vegas at 3/1, while Connecticut is second at 4/1. I think Connecticut has a better team than Vegas, but I’m not ready to pick them to win the title. I just don’t trust the starters to all stay healthy, and I think all of their rivals, with the possible exception of Seattle, are better equipped to deal with injuries than the Sun. If Connecticut gets to the playoffs with all five starters healthy, I might bet them then, but I believe there are better bets to win the title than Connecticut.

Connecticut had one of the most democratic offenses last season, so while three players averaged more than 29 fantasy points per game and a fourth averaged more than 24 fppg, it was difficult to know who was going to show up for fantasy on any given night. Jonquel Jones was the most consistent fantasy player, thanks in part to her 15 double-doubles, while Courtney Williams, Alyssa Thomas and Jasmine Thomas were GPP plays almost any given night.

I think I roughly expect the same thing for fantasy for 2020, with Bonner basically being a better (and perhaps even more consistent) version of Courtney Williams for fantasy. Bonner had a 25.7 percent usage rate last season, her highest since 2012, and it will almost certainly come down in Connecticut. That being said, I think Bonner will still have the ball in her hands when Connecticut needs a bucket, and I think she has a chance to challenge Jonquel Jones for Connecticut’s most consistent fantasy play of 2020.

I doubt anyone else on this team will be relevant for fantasy while the top four are healthy. That was certainly the case in 2019, and Briann January figures to be no more dynamic for fantasy than Shekinna Stricklen was. The one potential wild card is Natisha Hiedeman, though it would take a big bump in minutes and usage from her rookie season for her to wind up on anyone’s fantasy radar. Theresa Plaisance could also be useful for fantasy if she were to enter the starting lineup. She averaged 18.4 fppg as a starter in 2019, mostly with Dallas.