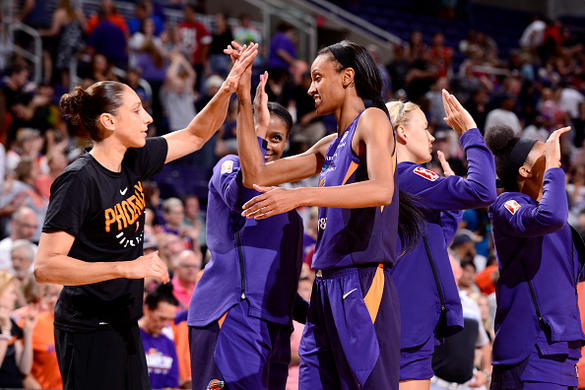 The much-anticipated six-game WNBA DFS Slate is here, though only on one site. FanDuel has elected to split the day into two three-game slates. Of the two, I think the early slate is much better for DFS. There are a lot more players that I like, especially under $6,000. Like we normally do, I am including two example lineups for DraftKings and two for FanDuel. Since FanDuel has split the slate, that means one GPP lineup for the early slate and one GPP lineup for the late slate. If you want to play a cash lineup on FanDuel, refer to my DK cash lineup, as well as the players listed in the Playbook. As always, feel free to hit me up in the subscriber chat or on Twitter with any questions.