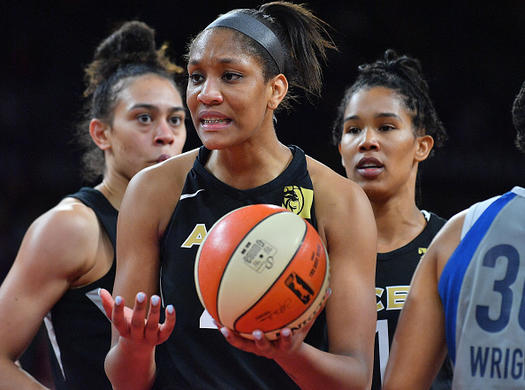 As anyone who plays NBA DFS can tell you, one of the most important considerations in any given slate is how much rest a particular team or player has gotten coming into a slate. That is often less of a concern for WNBA games. Occasionally a team will give a veteran like Sue Bird a night off, and I certainly prefer older players when they have had a few days off coming into a game, but the nature of the schedule is that teams almost always have at least one day off between games. That isn’t the case Wednesday.

The Connecticut Sun and Dallas Wings both play on the second of a back-to-back and their third game in four days Wednesday. They both play teams who will come in on two days’ rest, and the Wings are on the road. Under normal circumstances, I would consider the Sun and Wings average matchups at best, and their opponents—the Fever and Aces respectively—very strong matchups. When you factor in the rest, however, I will mostly fade the Sun and Wings while I expect to have more exposure than usual to the Aces and Fever.

In another quirk of Wednesday’s schedule, we have one early game at 12:00 PM ET and two late games. Due to the split nature of the slate, we will not offer optimal lineups. We do, however, have plenty of players to recommend if you wish you play one of the one-game contests or construct your own lineup for the night games.