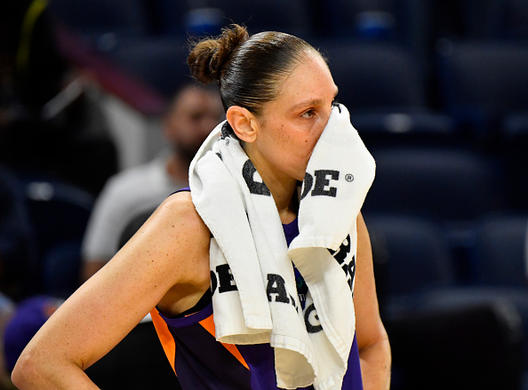 In Sunday’s WNBA Playbook, I wrote about the difficulty of finding GPP plays in a slate that was full of cash plays. Tuesday’s four-game WNBA slate is the opposite. With the worst defensive teams in the WNBA getting the night off, we are left with a lot of players, especially the cheaper ones, who have a high ceiling and a low floor.

The biggest exception to this trend is the Minnesota Lynx. The Lynx appear to have righted the ship of late, as they are currently on a four-game winning streak after beginning the season 2-6. During their four-game winning streak, their veteran starting lineup of Sylvia Fowles, Maya Moore, Seimone Augustus and Rebekkah Brunson has played like a defending champion. So long as their minutes and usage remain the same, I’m going to ride with them in cash games.

The other exception is the Phoenix Mercury. I don’t trust the Mercury quite as much as I trust the Lynx, but Phoenix probably has the better matchup. We know Brittney Griner, Diana Taurasi and DeWanna Bonner are going to get their points most nights, and if Phoenix does have a big game, Sancho Lyttle will probably be involved as well. There aren’t any other teams in Tuesday's slate who I really feel comfortable with.