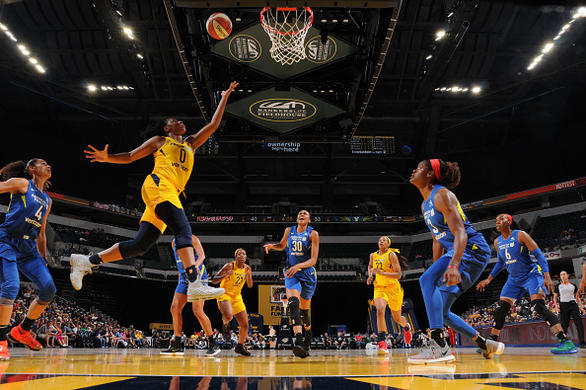 On Thursday I noted the difficulty in identifying punt plays for WNBA contests, and that is the case with Sunday’s slate as well. The one notable exception is the Indiana Fever. With Candice Dupree out, the Fever have a number of cheap players who have a good chance to get a lot of shots up. Even if they shoot poorly, as they did Friday, they should get enough volume to be worthwhile for cash games. Of course, they could always shoot better, in which case they have plenty of GPP upside as well.

Those cheap plays are especially important for this slate because we have three expensive forwards with excellent matchups who we should try to play as much as possible. The Aces, Sky and Fever have allowed the most points in the WNBA this season, and all three are facing at least one outstanding forward. I will have more on them below, but since they are priced slightly differently on FanDuel and DraftKings, my general strategy will be to play whichever ones are cheapest on my site of choice.