Steve Pimental dives into the numbers to provide the best DFS plays and optimal lineups for Sunday's three-game WNBA slate. 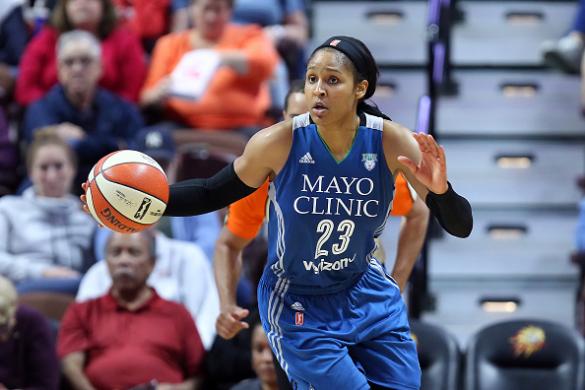 Now that we are a couple of weeks into the season and every team has played four or five games, I feel like we are starting to get an idea of who these teams and players are. Three WNBA teams have allowed more than 82 points per game this season, and two of them—the Fever and the Stars—face high-powered offenses. When in doubt, I would lean towards players from Minnesota or Seattle. That being said, all of my lineups wound up with a lot of Connecticut Sun players, simply because their prices are down thanks to playing three games against tough defensive teams.

The plan going forward is to have a WNBA Playbook and Optimal Lineups whenever there are three or more WNBA games. The next Playbook will be Saturday, June 3. If you have any questions for the smaller slates please leave them in the comments below, in the forum, or on Twitter.