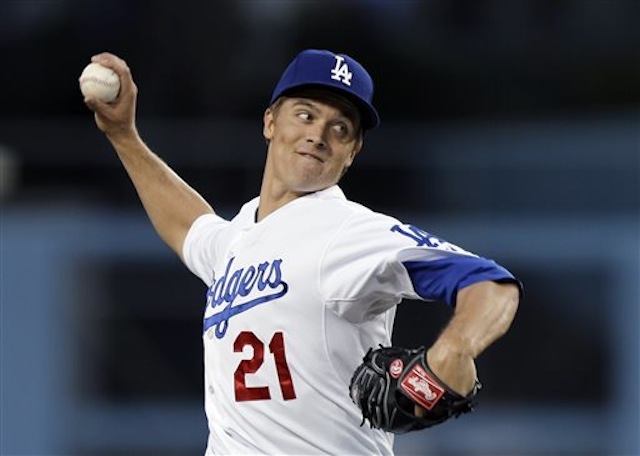 Sorry if I jinxed us after stating in last week’s MLB Weekly Preview that Week 8 couldn’t be any worse injury wise then Week 7 was. Unfortunately more players have been bitten by that injury bug bastard, including another one as a result of a headfirst slide (Nolan Arenado). For more player updates go to our Player News feed and follow us on twitter @FantasyAlarm. Hopefully the injury madness will quiet down. In the meantime, try and stay positive, as with so many injuries it is likely that every time has been affected, and let's take a look at what is ahead of us and how you can take advantage of it in the upcoming week.

If you have any specific questions, thoughts, etc leave them in the comments section below and you can always tweet me @FantasyNomad if you have any season-long or daily league questions.

Here is a look at which interleague games are on the schedule for Week 9. This week offers up a little more fantasy goodness after a previous week where no teams gained a designated hitter. Sidebar: All those in favor of adding the designated hitter to the National Legaue say, “I.” “I”...gotta believe the pitcher hitting has to soon be on its way out of baseball with the way interleague games are now being scheduled. In the meantime, we will continue give you the scoop on what teams and players are affected by interleague play.

Braves at Red Sox (2x Wednesday-Thursday) BOS starting two righties so Jordan Schafer might get two starts but he no fantasy upside based on his season is going.

Rockies at Indians (3x Friday-Sunday) Indians rolling with three righties for the weekend series so Corey Dickson could get two starts and with COL facing RHP in five of their six games in Week 9 Charlie Blackmon should start in all but possibly one game of team’s six games.

Padres at White Sox (3x Friday-Sunday) Padres offense needs all the help it can get, but unfortunately the White Sox are starting two lefties in the series (Friday and Sunday), so that puts the hot hitting Seth Smith at slight disadvantage granted he will likely still start but the LHH Will Venable might sit for those games if Carlos Quentin is healthy enough to at least DH(click on Q’s name for injury update).

Yankees at Cardinals (3x Monday-Wednesday) Cardinals going with all righties in the matchup which is great news for the hot hitting lefty Brett Gardner (RHH Alfonso Soraino is again the odd man out this week based on these matchups).

Rangers at Nationals (3x Friday-Sunday) the last thing the Rangers need is to have their pitchers bat after all the injuries their staff as incurred on the year.

You can click on the players in blue to be sent to their player page at FantasyAlarm.com for the latest updates, player stats, and much, much more. Also, click here for a look at Two-Start Pitchers for Week 9  by Ivar G. Anderson

My Top Streaming Options for Week 9

(Pitchers must be less than 60% owned to qualify).

Best of Luck and remember to view our Daily Fantasy Baseball Playbook if you play DFS, post your comments or questions below, and/or hit me up on twitter @FantasyNomad.