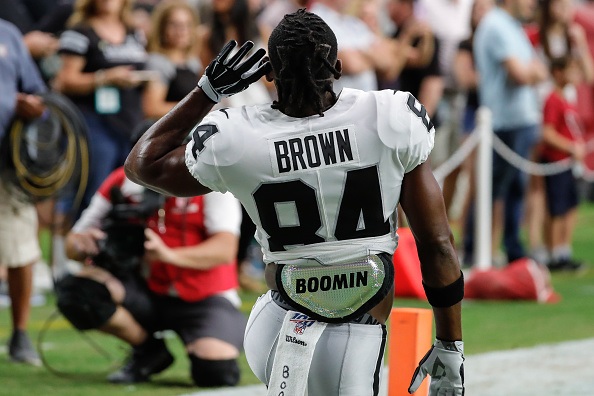 Haven’t had your fantasy football draft yet? Great! For the final edition of the WR report, we are looking at players that you should avoid in your draft based on their current ADP. Next to each player is a number, that number is their ADP on NFFC over the last week, so it’s pretty current. That doesn’t mean to not take a chance on some of these guys if they slide in your draft, but at their current ADP they should be avoided. For those of you who have already drafted, these are a few players that I would consider trying to trade before their value drops once the season starts. Without further ado, let’s dive in!

Antonio Brown (22.7), PIT – Brown is a complete head case who has gone full blown crazy, that’s issue number one. Unpredictable players do unpredictable things that lead to missing action.  That is concerning and it adds risk to a player. Risk is not a term we want to have attached to a 2nd round pick. Beyond his craziness, we also have to consider his new landing spot. He moves from a team that had 5008 (second in the league) passing yards last year to a team that had 3751 (18th in the league). That’s a massive drop-off. Big Ben had 675 pass attempts last year (third in the league), while Derek Carr had 553 (16th in the league). Another big drop off. This is also a team that we saw a talented receiver (not saying he is the level of AB) in Cooper have no consistency and lots of troubles, before he was shipped to Dallas. There is just no chance that a 31-year old Brown comes anywhere close to matching his previous seasons volume or production. He is a terrible pick at this ADP.

Jarvis Landry (62.8), CLE – Landry was OK in his first season with the Browns, racking up 81 receptions, 976 yards, and four touchdowns. Nothing to write home about, but a fantasy asset nonetheless. However, that was with 149 targets. Do we see him getting that much volume with OBJ now in the picture? I don’t. OBJ will be the lead dog, so Landry will be playing second fiddle for the first time in his career. Let’s also not forget that the Browns will have a strong run game with Chubb and have a solid TE in Njoku. I expect Landry will be much more efficient with his targets this year, after posting a career-low catch rate of 54.4-percent last season, but a big drop in volume seems likely. I think Landry will have a solid year, but this ADP is just a bit too high for my blood. If he falls into the 70’s, that’s when I would pull the trigger. 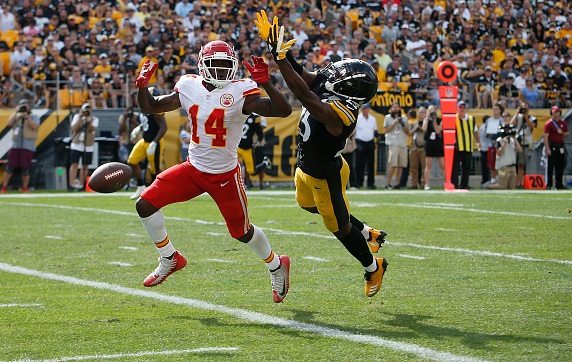 Sammy Watkins (78.7) KC – When will fantasy football players learn? What in the world is the reason behind the love for this guy?? He was on the Chiefs last year and still sucked, despite being a part of a breaking offense that saw Mahomes win MVP. He sucked with the Rams in 2017. He sucked with the Bills the year before that. In fact, Watkins has had ONE good season in his entire career and it was a long time ago (2015). Not only has he failed to produce when healthy, but he can’t ever stay healthy! He missed six games last year, one in 2017, eight in 2016, and three in 2015. That adds up to over a full season worth of injuries! He isn’t going to have a big year. He isn’t going to be a “steal” at his ADP. He’s the number three option on his team and he can’t stay healthy. Stop drafting this guy so early.

Dante Pettis (97.5), SF – I kind of get the reasoning behind making him a top-100 pick, but at the same time he’s not someone I would target. Does he have the upside to be the Niners #1 wide receiver? Yes, but so do Marquise Goodwin and Deebo Samuel, who go much later in the draft. Pettis is not locked into a role and he has no history with Jimmy G, so why assume he’s going to be the guy? He has had a rough camp and he wasn’t all that great as a rookie, totaling 467 receiving yards and five touchdowns. He had a handful of solid games and one really good game. That’s it. I would much rather roll the dice with Samuel at pick 160 or Goodwin at pick 207 than take a chance on Pettis with a top-100 pick.

James Washington (104.6), PIT – I broke down Washington and what I don’t like about him in the first edition of the WR report, which can be found here. My thoughts haven’t changed and it makes no sense to me to draft him at this ADP.

Jamison Crowder (127.0), NYJ – I know a lot of people are liking Crowder and there has been good news from reports and news outlets about his camp, but I can’t get behind this pick. The Jets are not going to be an electric offense, regardless of what all the Darnold lovers tell you. At best, this is a middle of the pack offense that will likely lean heavily on Bell. Anderson is the Jets number one receiver, which makes Crowder the number two at best, but they also have Enunwa (who I love at his ADP), meaning Crowder could potentially be the number three. Darnold only averaged 220 pass yards per game last year, so even if that number jumps significantly, how is he going to support that many players?

Mecole Hardman (152.0), KC – Hardman may be talented and being on the Chiefs should help, but he is currently fourth in the pecking order and even if Watkins has his usual injuries, Hardman still only moves up to third, behind Hill and Kelce (who get massive target shares). It just seems pretty difficult to envision a scenario where Hardman gets enough involvement within the offense to make any fantasy noise as a rookie. Rookie receivers often struggle and that includes guys who are the number one or two option on their team, which Hardman is not. He is going to need an injury or two to get enough targets to be relevant, why not target someone else who doesn’t need multiple injuries? 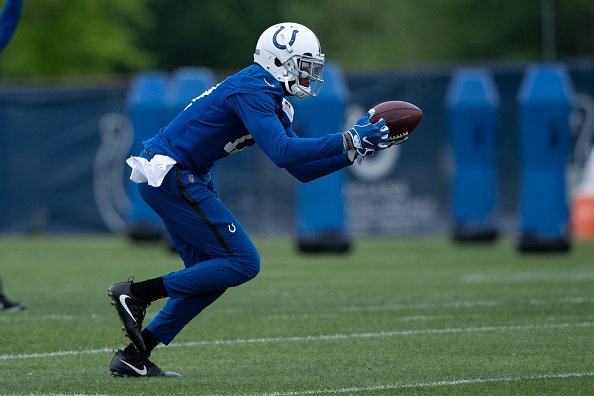 Devin Funchess (159.4), IND – This seems like a no-brainer to me. I didn’t like Funchess before the Luck retirement, so it’s pretty easy to like him even less with Brissett at the helm of the offense. Funchess is a terrible football player, to be brutally honest. He was horrendous as the Pathers number one receiver, for multiple seasons. He has never in his career posted a catch rate above 57-percent and has barely caught half of his career targets (52-percent). Now he goes from being the number one option for the Panthers to at best the number two for the Colts. He isn’t a good player and he is going to have a hard time gaining the trust of Brissett when he’s dropping passes frequently. Also, the Colts will likely turn to a much heavier run style offense without Luck, which of course hurts Funchess even more. Don’t waste a pick on this guy.

DaeSean Hamilton (195.7), DEN – The third wide receiver on a Joe Flacco led team? Why would anyone want a player like that? Where is the upside? My hate for this pick has nothing to do with Hamilton and everything to do with the team he is on and the quarterback that will be throwing the ball. The Broncos will be a run first team behind Lindsay and Freeman. Flacco is a bad QB who struggles to make any wide receivers fantasy relevant. Flacco may be able to do enough to keep Sanders and Sutton relevant, but a third receiver? No chance. I know a 196 ADP is a pretty late pick, but there are so many players that go later in the draft that carry way more upside than Hamilton currently does.