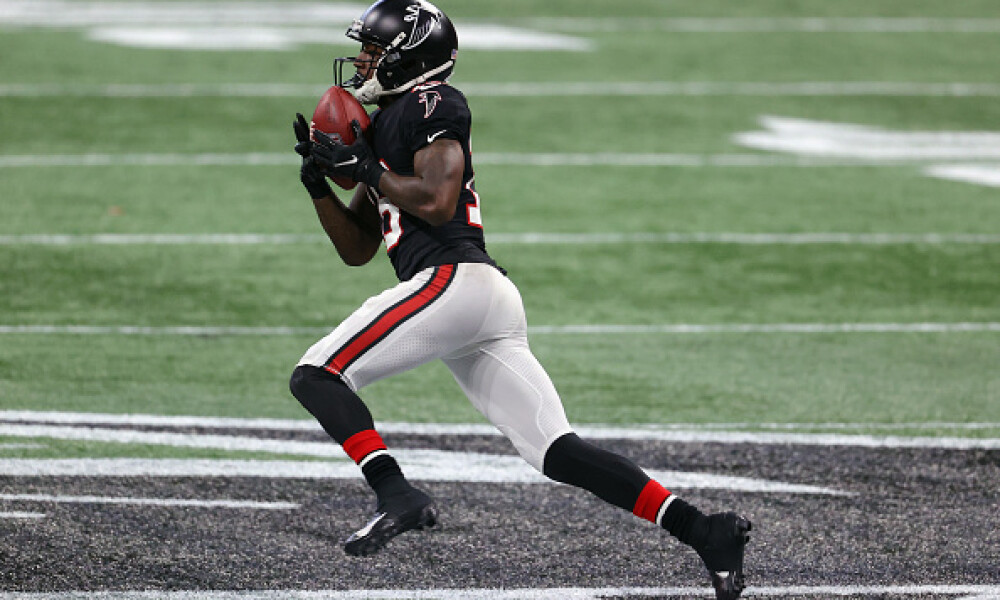 Wow, you drafted him way before his average draft position (ADP)! What were you thinking? You could have got this guy a round later! What a reach!

These are things you have probably heard before in some manner, and truth be told, is it really a reach if you believe in that player? If you think Philip Lindsay is the RB1 in Houston and you take him in the second round, sure, probably a reach. However, within normal circumstances, if that’s your guy, you go get your guy!

Examining and using a player’s ADP can be a useful tool but putting too much stock into this number can be detrimental to your fantasy team. Let’s examine further.

This is probably a good place to start, right? What exactly is ADP? What does it mean? Well, it stands for Average Draft Position. Through player rankings and tons of drafts we find the average draft spot for each player. Projections will largely dictate the players’ ADP as those projected to score the most fantasy points will tend to go higher in drafts with slight variance and  so on down the line. Understanding ADP will not only help you identify how the rest of the fantasy world is looking at a player but will also help you formulate your draft strategy. Speaking of strategy...

Have a Game Plan

Whatever your plan might be, it’s best to ensure that it’s solidified prior to the draft. Yes, you will likely need to adjust because things rarely work out exactly the way you want it to, but it will allow you to better handle when your rival snipes the guy you desperately wanted the pick before you.

Be Ready to Adjust

Looking at the ADP is a good practice to get a general idea of where players are roughly going. However, as I just mentioned, you need to adjust. ADP is just groupthink, and if your league heavily values running backs, then you can throw that ADP out the window. You can blink, and see that Austin Ekeler, Cam Akers, Nick Chubb, Aaron Jones and Najee Harris all went before Tyreek Hill, despite all of those backs being drafted after Hill on average. In this scenario, depending on your strategy, you’ll either need to prioritize a back to get your RB1 or desired RB2, or you can buy a stud receiver’s slide in the draft to boost your receiving core.

Ultimately, the moral of the story is that things rarely work out the way you want them to, or the way you expect. Therefore, having a plan allows you to be more flexible in your intra-draft adjustments.

I can’t say this enough. Never let a player’s ADP be the swaying factor in your decision. For example, you’re up and you desperately need a wide receiver after going with a couple running backs and a tight end earlier in your draft, and there are three receivers that you are comfortable taking: Diontae Johnson (52), D.J. Moore (54), or Tyler Lockett (59).

If either of these thoughts go through your mind, stop.

STOP. Don’t be a slave to ADP. This isn’t the ADP’s team. This is YOUR team. If you think Lockett has the best season of the three, then take him! Get your guy!

When looking at ADP on your preferred site or within the draft room, you are likely looking at the overall ADP. However, it can be misleading in certain instances. If you’re putting weight into ADP, make sure you’re looking at it recently, perhaps within the past two weeks to a month.

For example, if you head to NFFC’s data, you’ll see Kyle Pitts is overall the TE5, coming off the board at pick 66. However, the Falcons traded some guy named Julio Jones in the beginning of June. Since the day after the trade was announced, Pitts is now the TE4 and going off the board 14 picks earlier! So, your plan of being able to get Pitts in the fifth round because that’s where his ADP lies is a mirage, and you’ll find yourself watching your league rival take him from right underneath your nose, all because you were putting too much stock into an arbitrary number.

Does ADP have any value to us? Yes, it does, but you must be careful with how much stock you put into it. If you’re using it in terms of an approximation as to where a player will go, that’s fine. When you start making picks solely off the ADP, that is where you could run into issues. Don’t be afraid to push someone up if you truly believe in them.

Remember. This is not the ADP’s team. This is YOUR team.