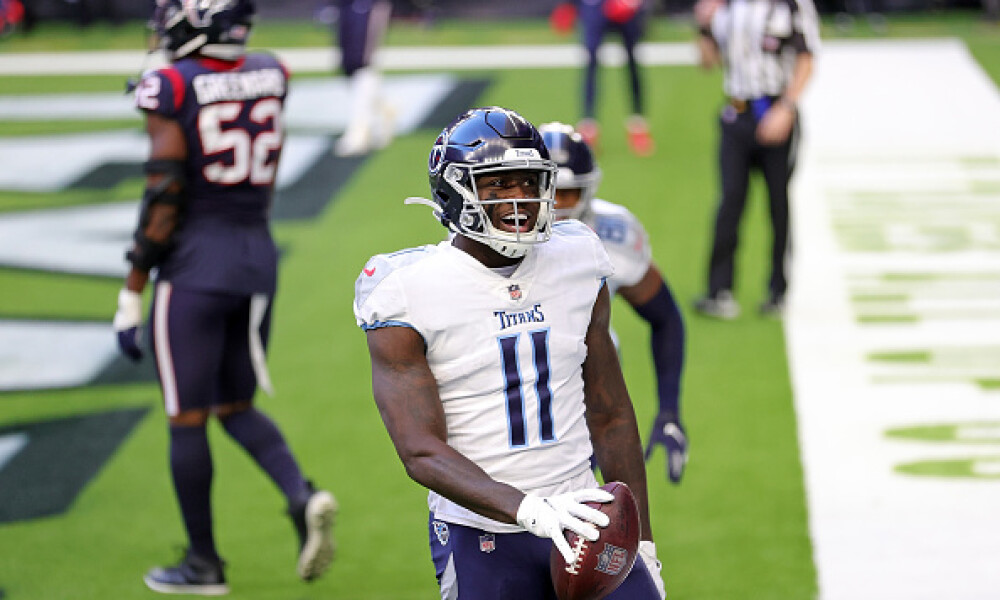 Life is about challenging yourself. Take a chance and try something new. If you're reading this, it likely means you are a hardcore fantasy football player. Playing against better competition will present a new challenge and change the way you think about the game.

Participating in a high stakes league is a great experience. It's a different game and nothing like a home league. Game theory, understanding draft capital, avoiding busts and managing FAAB (Free Agent Acquisition Budget) are some of the keys to success. With a deeper roster, lineup decisions become crucial, too. Most formats have 20 roster spots.

There is no trading and it's a key difference compared to home leagues. In some home leagues, there are people who will draft with the intent to trade and the strategy is irrelevant in high stakes formats. There are several different sites to play on and each has their own setup and scoring system. There is something unique about each one. The entry fees range from $25 to $20,000.

The most popular are the NFFC (National Fantasy Football Championship) and the FFPC (Fantasy Football Players Championship). The NFFC is PPR (Point Per Reception with six points for a passing touchdown. The starting lineup has one quarterback, two running backs, three wide receivers, one tight end, one flex, one team kicker and a defense/special teams. A unique feature of the NFFC is third round reversal while drafting. This means the team picking 12 gets the last pick of round one, the first pick in round two and then gets the first pick in round three. The team picking first overall then gets the last pick of rounds two and three before getting the first pick of round four.

The NFFC has live drafts in Las Vegas and New York. The first weekend in Vegas is Sept. 3-4 and then Sept. 8-11 at the Bellagio. The New York drafts are Sept. 3-4 at the Stewart Hotel. The NFFC Primetime is a 12-team league with a grand prize of $200,000. The entry fee is $1,700 with a maximum of 936 teams and drafts can be done online, too. The first place finisher in the league gets $7,000, second gets $3,200 and third wins $1,000. Those three teams qualify for the overall championships in Week 15-17. Teams get an average points total from Weeks 1-14 and then each point total from Weeks 15-17 is added and the team with the most points takes home the grand prize.

A different feature in the FFPC is that tight ends get 1.5 points per reception compared to one for the other positions. This pushes tight ends higher in drafts so keep that in mind when you see the Average Draft Position (ADP).  The starting lineup consists of one quarterback, two running backs, two wide receivers, one tight end, two flex spots, one kicker and a defense/special teams. Passing touchdowns are four points.

The big prizes are offered in the national contests. This is where you are playing against everyone who enters the contest. The drafts can be done in person at Planet Hollywood in Las Vegas from Sept. 9-11 or online. In the FFPC Main Event with 12-team leagues, the entry fee for the main contest is $2,025 for a live draft in Las Vegas or $1,900 online with a prize pool of $3,916,150 million. The overall winner gets $500,000 and the max amount of total entries is 3,000. The regular season runs from Weeks 1-12, the league playoffs are Weeks 13-14 and the championship rounds weeks are 15-17. The top two seeds in the regular season of each league earn an automatic bid into the Championship Round as does the League Champion. The FFPC also has the FootballGuys Players Championship with an entry fee of $350 per team. The grand prize is $50,000 with a prize pool of $3,769,750.

RTSports runs an online high stakes championship called “The Fantasy Championship.” Each league consists of 12 teams. The entry fee is $250 or $700 for three teams and the overall championship winner gets $300,000. The starting lineup consists of one quarterback, two running backs, two wide receivers, one tight end, two flex spots, one kicker and one defense/special teams with ten bench spots. It's a PPR format with four points for a passing touchdown. The regular season is 12 weeks long with the first week an all-play week and then you play each team in the league once. The league championship is in Week 14.

The FFWC (Fantasy Football World Championships) has live drafts in Las Vegas from Sept. 8-11 and online leagues. The Main Event has a grand prize of $150,000 and the online championship has a grand prize of $50,000. The scoring is PPR and four points per passing touchdown. The difference compared to the other leagues is an extra flex spot in the starting lineup, which consists of one quarterback, two running backs, three wide receivers, one tight end, two flex spots, one kicker, and one defense/special team slot.

While many people have eyes on the big prize in the overall championship, there are also satellite leagues in which you're only playing against the league and the entry fees all go to that league. These leagues might be best for those dipping into the high stakes arena for the first time.

The competition is going to be tough. Not everyone who has money is a great player, so there usually are a few weak players sprinkled in, but it's rare you'll find more than one ill-prepared player in a high stakes league.

Make sure you are extremely prepared. As I always preach, know the rules. Whichever format you choose, read all the rules and scoring system. Strategy changes based on the format. Know the depth charts, coaching systems, and stay up to date on all the latest news.  Don't panic if the three players you are targeting all get taken right before you pick. Always have a backup plan. Keep in mind there are no trades.

Almost every high stakes league uses the FAAB (Free Agent Acquisition Budget) format to add free agents. It's usually $1,000 for the season and the highest bidder wins the player. Most high stakes leagues only allow free agent additions in the regular season. Once the playoffs begin, the roster is locked. If there's one kicker on the roster and he gets injured in Week 14 and is out for the season, you'll get a zero the rest of the way, so keep this in mind.

Take a look at the Average Draft Position (ADP) on the site you are playing on and use it as a guide, but don't be afraid to push a player up if you believe in that player. There will be many players who get pushed up the board so don't be surprised. This will cause some players to fall below their ADP and if you don't like that player, don't take them. Often times, people talk themselves into a player because they are well below ADP and considered a value. Don't do it if you don't believe in the player. If you really want a player and think he will last a round, it likely won't happen. Be aggressive and take players you are high on.

Stacking is popular in the high stakes leagues since it's an overall contest. The right stack can be huge. Never force it, but a Josh Allen, Stefon Diggs and John Brown stack paid huge dividends last season. On the flip side, one injury can derail it as we saw with Dak Prescott last season.

There's always an adjustment period when doing something new, but the high stakes leagues are a challenge and fun. The live drafts are even better and the camaraderie is great. If you play in multiple leagues and take fantasy football seriously, give the high stakes leagues a try. There are different price points and someone has to take home the big prize. Why can't it be you?