2022 NFL OTA Report: Should You Avoid Javonte Williams in Fantasy Football At His ADP? 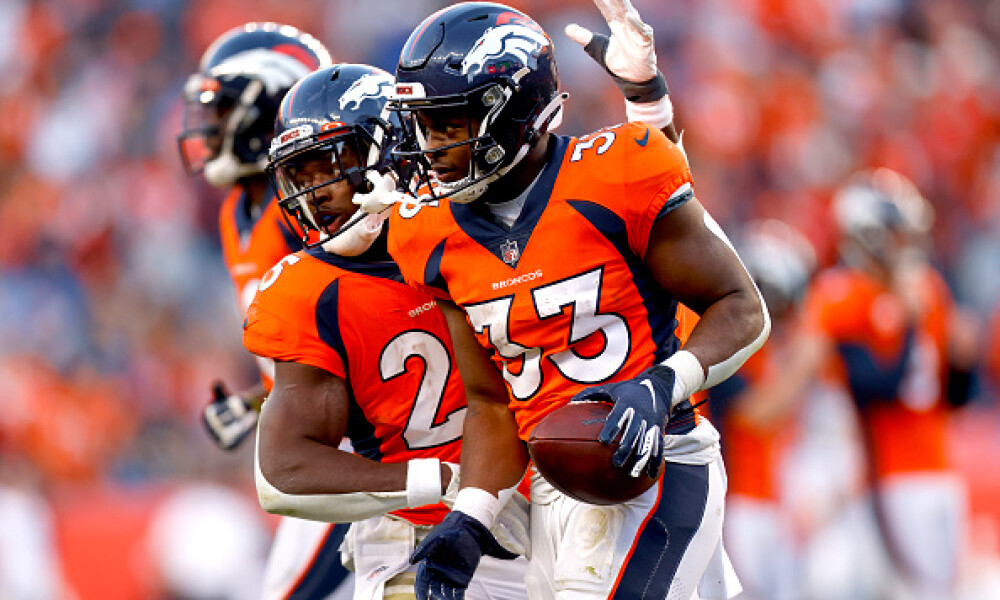 It might still be May but I can almost feel the cool autumn air already as actual football activities begin across the nation. The 2022 NFL draft is firmly in our rearview and the first session of organized team activities (OTAs) is well underway. The dates vary from team to team but the vast majority either have had their first week already or are starting it this week. That means the NFL news, injuries, and rumors season is upon us. So we’re here to discuss all of that with you so that you can be in the “best shape of your life” for fantasy football!

This is the first edition of this series but the game plan is to hit you with a quick roundup of the top weekly stories that we feel are relevant for your fantasy football season. So here goes.

This might not seem like big news to some, but it actually has a profound effect on the snap distribution and therefore touch distribution. Let’s do some quick math. You need 11 guys. You have five linemen and a quarterback. When you bring in a fullback, you aren’t going to take the tight end or running back out of the game. That’s nine players. This means, at most, you can have two wide receivers on the field for those snaps with the fullback. And the Dolphins brought in Alex Ingold who has been a fairly solid player in this league.

Right off the bat, that is bad news for Cedrick Wilson since you would imagine Jaylen Waddle and Tyreek Hill would be those wide receivers. But the Dolphins also retained in-line tight ends, Durham Smythe and Adam Shaheen. If they plan to mix and match a lot of multiple tight end and fullback sets, that can cap the upside for pass catchers across the board, as we’ve seen with teams like the Ravens and Patriots. Less than ideal for fantasy football.

A number of players have made their return to the gridiron following injuries - some seemingly sooner than we had expected. The most intriguing ones to us are:

Perhaps not the sexiest signing but Williams has quietly been a key contributor for the Chiefs, especially in pass blocking and pass down roles. The Cardinals have James Conner as their starter and early down back and, while folks were hopeful that guys like Eno Benjamin or rookie Keontay Ingram could carve out a role, it’s likely that Williams gets first crack as the change of pass/pass pro back.

There has been a lot of QB intrigue floating around so we decided to group them all together here. Some news is fairly minor while some could potentially have a major impact on fantasy.

The short and sweet of the Panthers and Seahawks rumors are that they are interested but they want to Browns and/or 49ers to restructure their current deals to absorb more of the dead money. It seems that the writing is on the wall for these guys to get moved at some point so we will continue to monitor the teams in play.

Javonte is not the coach so obviously, he doesn’t have the final say. But, if what he is saying here is true, it could have huge implications for fantasy. We laid out in this article how the backfield was split last year so make sure you take a look at that for the full details of what we might expect. Right now Javonte Williams is going off the board on Underdog Fantasy at RB12 and Melvin is going off the board at RB36. Last year Melvin scored 12.2 PPR points per game and Javonte scored 12.1. If what Javonte is saying carries any weight, Melvin could be a big value at ADP even if Javonte gets a bit of a bigger role. The offense as a whole is expected to take a step forward under Russell Wilson and Nathaniel Hackett.