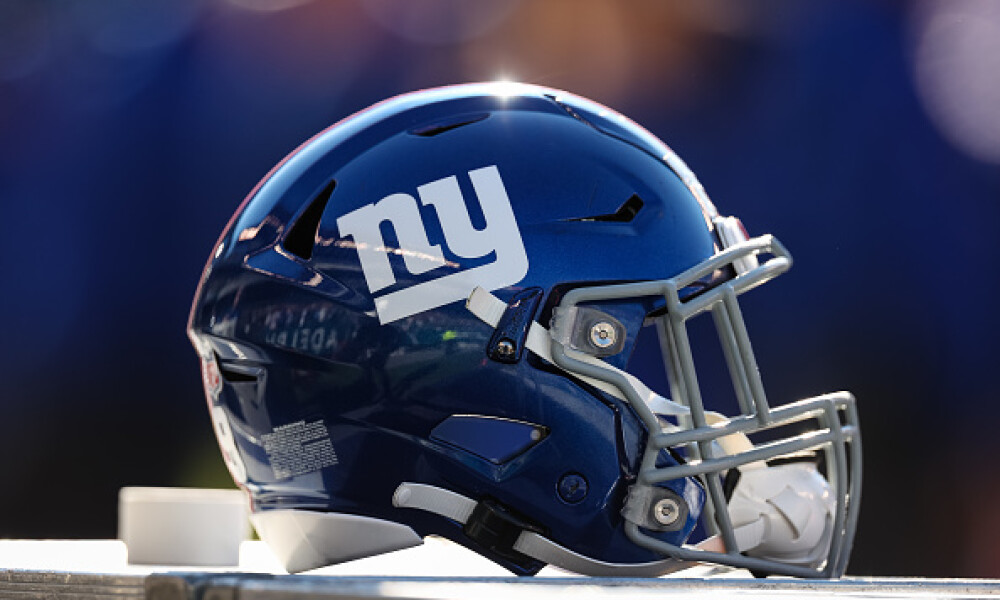 It’s no secret the Giants have been disappointing the last couple years.  They were second-to-last in total touchdowns in 2020 and dead last in 2021. Oddly, a lot of the pieces are in place for this to be a successful team as soon as this season. Injuries have played a huge part in their troubles but the reality is that it all boils down to one man: Daniel Jones.

At this stage in the game you have to assume that Jones is the guy so you push forward and continue to attempt to surround him with the best possible talent for 2022 at least (and, if they decide to pick up his fifth-year option, 2023 as well). In this article, we’ll look at some moves they can make to move around cap space and make a serious run at contention this year if that’s the direction they choose to go in.

The most common way to generate money via restructure is to convert base salary to a roster bonus which can then be spread out over the remaining years of the contract. You can also potentially incorporate an extension to spread that money out further. How favorable that is for both the team and player comes down to the long-term outlook for the player. In certain circumstances, you may even have the leverage to ask a player to take less money.

Leonard Williams -  Williams helped them out last year with a restructure but he once again remains one of the biggest sources of potential cap space. By converting some of his $19 million base salary into a roster bonus, they could save almost $9 million in cap.

James Bradberry - Another rock solid player so they shouldn’t have too many qualms about having dead money tied to him in upcoming years. With a similar restructure they could save over $6 million.

Kenny Golladay - Here is where it gets a little bit dicey. Kenny Golladay did not perform anywhere near his contract. In fact, he didn’t even score a touchdown. And the scary part is that there really isn’t an affordable way to cut him and get out from under the contract until 2024. If you convert money to a signing bonus, it spreads out evenly over the contract so you end up making it even harder to move on from him even in 2024 when he will be 31 years old. However, if they believe in the player and the contract they gave him, they could save $12.5 million in 2022 with a restructure. They don’t really have any leverage to ask him to take less money but that would obviously be ideal.

Blake Martinez - Blake Martinez has been great for them but unfortunately tore his ACL last year.  He’s in the last year of his deal so they can’t technically restructure him, but if they are confident in his recovery they could work out an extension that would keep him around and save almost $6 million in 2022. They could also add the dreaded “void year” to his deal which is basically a “fake” year that lets them spread out cap into that year even though the year voids right at the start of the season and the player becomes a free agent.

Saquon Barkley -  We have to address this because there are rumors floating around suggesting it but you really only do that if you are blowing it up. We are arguing for them to keep it going so not really a move we are interested in. You could hypothetically clear $7.2 million in cap with zero dead cap by trading Saquon Barkley. There have been a number of trade rumors for James Bradberry with some suggesting we can “expect a trade” within the next couple days.  That would free up $13.5 million in cap with ~$8.4 million in dead cap but would obviously be a step back for the defense in terms of competing this year.

Kyle Rudolph/Devontae Booker - Both of these players were cut on Wednesday to free up $7.1 million in cap space.

Sterling Shepard - Word is that the Giants asked Shepard to take a big pay cut as he recovers from a torn Achilles tendon. Right now he’s on the books for $12.5 million which includes $7.9 million guaranteed. If they designate him as a post-June 1 translation, they could save $8.5 million in this year with that $7.9 million split between 2022 and 2023 so roughly $4 million per year. That’s not outside the realm of possibility but working out a mutually beneficial deal probably makes more sense.

Riley Dixon - Whenever it’s a new regime, they are going to come in and evaluate who they are going to keep long-term or not. If they don’t plan to extend the punter, it might make sense to just cut ties now when you are desperate for money. You can save $2.8 million in cap with a hit of only $320K.

Kaden Smith - Kaden Smith is another guy in a position like Dixon. Except in his case, he can be cut for $2.5 million with zero dead cap. This doesn’t give him a whole lot of leverage so the new regime can pretty easily tell him he needs to take a pay cut or he’s gone.

Darius Slayton - Again, similar situation. When the savings are $2.5 million, the $58,000 in dead cap it would cost is basically nothing. If the cap situation wasn’t so dire, they likely would keep him with no issues but they are in a jam here.

Evan Engram - It’s all but a foregone conclusion that Evan Engram’s time with the Giants is done.  The athletic player provided for some exciting highlights but his health issues compounded with brutal mistakes at some of the worst possible times has not made him a fan favorite in New York. It’s probably time for a change of scenery for him.

Jabrill Peppers - Jabrill Peppers came over with guard Kevin Zeitler (now with the Ravens) in the famous Odell Beckham Jr. trade. Wink Martindale is known for his blitzing and Peppers has been one of the top pass-rushing safeties in the league so he’d actually be a great fit for what Martindale does. If they can free up the money, Peppers should be one of the top priorities to bring back.

Nate Solder - Nate Solder’s decline in play combined with the cap situation makes him a likely candidate to move on in free agency. At one point the former Patriot was the highest-paid offensive tackle in the league and someone will pay him.

Lorenzon Carter - Carter is an interesting one because, like Peppers, he oddly fits what Martindale likes to do. Most 3-4 defenses rely on the edge guys to put pressure on the quarterback but, as we mentioned, Martindale likes to utilize blitzes and confusion. Carter is more of the run-stopping outside linebacker who can drop back into coverage at times so he’s actually the type of guy that would work well for that system if he can come back on an affordable deal.

Offensive Line - Typically we’d narrow this down to a specific group but the Giants are in rough shape cap-wise and all of Nate Solder, Will Hernandez, Billy Price, and Korey Cunningham are free agents. What they do here is going to depend on how much cap they can free up but there is no question in my mind that they need to use a high-end draft pick on the line because they are simply too expensive. They pick at 5, 7, and 36 so they could take a stud at tackle at 5 or 7 then come back around and take the best lineman available regardless of position at 36. A guy like Kenyon Green can play any position on the line but he might go late first like last year’s similarly flexible Alijah Vera-Tucker. Darian Kinnard should be there at 36 and might even be there at 67.

Tight End - Evan Engram is likely gone. Kyle Rudolph is already gone. Kaden Smith is a cut candidate and he’s not exactly a megastar. At the very least you need depth. For the price range, the Giants would likely be searching, guys like OJ Howard, Robert Tonyan, or Mo Alie-Cox could potentially come in and start right away. Otherwise, tight end is a position that you don’t necessarily need to spend a super high pick on. In fact, a lot of the top tier guys weren’t drafted in the first two rounds like Travis Kelce (3rd), Mark Andrews (3rd), Dawson Knox (3rd), Dalton Schultz (4th), George Kittle (5th), and Darren Waller (6th, as a WR),

Linebacker - Realistically this could apply both to the outside linebackers and inside linebackers because of what Martindale does. With the Ravens, he was the most blitz-happy coach in the league and did so to great success. One of the things he’s most known for is bringing a lot of guys up to the line where you don’t know who is going after the quarterback and who is dropping back in coverage. For that, you need versatile players and speed is key. The ideal free agent would probably be hired gun De’Vondre Campbell who left the Falcons to play a year for the Cardinals and then a year for the Packers before once again hitting free agency but he may be too expensive.