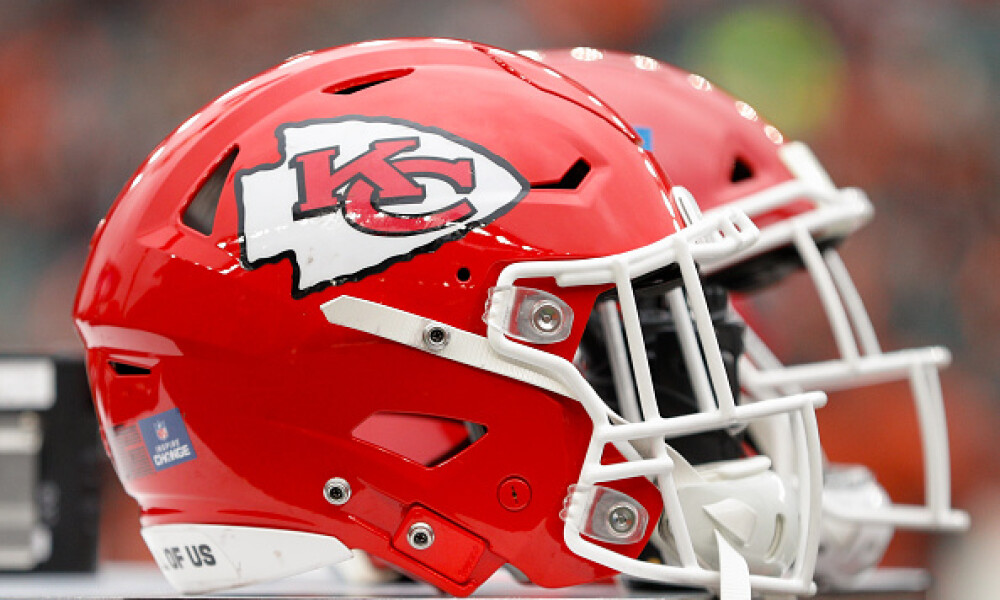 With this article, we are going to explore all potential options for the Kansas City Chiefs – some of which will be more realistic than others.

In reality, the Chiefs could simply maintain what they have and compete for the championship in any given year.  Their quarterback, tight end, and wide receiver all have arguments as the very best in the league at their respective positions.  That’s why most sportsbooks, once again, have the Chiefs as the favorites to win the Super Bowl in 2023 with odds of +650.

But, no matter how good you are, you can always get better.  So let’s take a look at all the available options the Chiefs have to free up space, the decisions they have to make, and where they can improve.

The Chiefs not only did a good job locking Patrick Mahomes down long-term, but also building his contract in a way that he can free up space (or get paid handsomely) in any given year – which is a lot like how the New England Patriots worked with Tom Brady.  It’s almost as if you go to him to free up space when you need it and let him take the leftovers.  Mahomes restructured his contract last year to change his base salary into a roster bonus, and could do that again this year to the tune of upwards of $22.7 million.  That money hits the cap in future years, of course.

Chris Jones restructured his contract last year and could again do a simple restructure to help free up the cap this season.  He could free up as much as $10.7 million.

This is a tricky one.  First off, Tyreek Hill can’t be restructured in the typical sense because he’s in the last year of his deal.  They asked him to do it last year and he oddly declined.  What they can do is figure out an extension for Hill that keeps him around long-term while also easing up his $20 million cap hit this year.  They could free up as much as $12.4 million while honoring this year and extending the deal, but having a good chunk of the guaranteed money as a signing bonus. As of now, there are already rumors in the works that he could sign an extension in the four-year, $85 million range.

Joe Thuney was the Chiefs' big free-agent acquisition last year and he performed admirably.  Pro Football Focus had him graded as the top pass-blocking lineman at any position – which is exactly what you hope for when your quarterback is a generational talent. He’s set to be a staple on this line for a long time, so it makes sense to convert some of his salary to a bonus to spread out over the next three years.  They could save $10 million in doing so.

Travis Kelce isn’t going anywhere and he’s helped them out with restructures in the past, so I see no reason why he wouldn’t do so again if they needed it.  They could save $4 million with a Kelce restructure.

The reality about Mecole Hardman is that he was likely drafted as Tyreek Hill insurance.  If you think back to that time, Tyreek’s son had just broken his arm and an alarming voicemail had surfaced, so his future in the league was in jeopardy.  They drafted Hardman shortly before Hill was then exonerated and extended.  If they extend Hill again, Hardman continues to be a bit of a redundant asset. What they need opposite Hill is a split end who can tether his foot to the line and beat the jam. This is the last year of Hardman’s deal so, if they don’t plan to extend him, it might make sense to see if you can trade him.  A trade saves you just under $4 million in cap space with only $400K in dead cap.

The veteran linebacker was already released by the team.  They saved $8.4 million in cap with $4.2 mil in dead cap.  Beyond him, the Chiefs don’t have many obvious cuts that would free up more than a million in cap space.

Frank Clark is a restructure candidate, so he could fit in the section above, but he’s also a cut possibility.  The reality, though, is the team could explore options that are essentially a combination of the two.  Rather than wait and cut Clark in 2023, the Chiefs could work with him to lessen his cap hit in 2022 while also essentially making him a free agent in 2023 (he’s currently under contract for both seasons).  GM Brett Veach has said, however, that sometimes things end up being “too far off” – in which case, he could be released.  A post-June 1 designation would spread out the cap hit over two years, which means they save $19.85 million this year with only $6.45 mil on the books.

The Chiefs have placed the franchise tag on Orlando Brown Jr. to prevent him from hitting free agency. Brown wanted to play left tackle for the Ravens, but Ronnie Stanley's presence opened the door for a trade to the Chiefs. The franchise tag simply gives them more time to work out a long-term deal with Brown.

If this recent social media post is any indication, contract talks between Tyrann Mathieu and the team have not gone well recently. Mathieu does make a good point in that post as his value is in his versatility.  You can replace him with another safety but you might need other guys to take on different responsibilities unless you find someone who can also line up deep, in the box, and the slot. In that sense, what they do with Mathieu will likely have a trickle-down effect on other positions.

Any time you have a full-time player hitting free agency, it’s a big deal. This makes retaining Charvarius Ward just as important as keeping Tyrann Mathieu because it leaves a massive hole to fill if you don't.  If you don’t have the money for Ward, who fits in your system, you won’t have the money for a higher-caliber guy in free agency. Plus, trying to plug-and-play a starting corner through the NFL Draft is a dangerous game.

Melvin Ingram will be 33 when the season starts and he’s likely more of a pass-rush specialist at this point in his career than an every-down player.  Pass rush is valuable, but those types of players aren’t impossible to find and the Chiefs may need to go with a cheaper option.

This one kind of boils down to what happens with Ward.  They like to move L’Jarius Sneed into the slot when they have three CBs on the field, and Ward, Sneed, and Rashad Fenton are solid enough that you don’t really need to pay Mike Hughes a ton.  If you proceed without Ward, however, they might be willing to roll the dice on the cheaper Hughes.

After Sammy Watkins left, the Chiefs didn’t have a prototypical split end anymore.  You have Travis Kelce tethered to the line on one side, so you need someone who can line up opposite him to beat the jam off the line and block in the run game.  Byron Pringle, who’s now a free agent, is a great blocker but not necessarily an amazing receiver.  As we mentioned, Hardman is a redundant asset with Hill and Demarcus Robinson is also a free agent. It would be difficult to afford the high-end guys expected to be available – like Davante Adams, Amari Cooper, Mike Williams, or Allen Robinson – but there could be cheaper options out there like DJ Chark or Marquez Valdes-Scantling (who are both 6-foot-4). The NFL Draft also offers some guys with some size.  Drake London or Treylon Burks are likely first-round picks, but Justyn Ross, Alex Pierce, or Christian Watson could be available later.

Again, this depends on what happens with their free agents.  Ward and Hughes are free agents as we detailed above.  Exclusive-rights free agent Chris Lammons was arrested last month in connection with an assault.  Even if the Chiefs bring back Ward, they’ll need to add some sort of depth via free agency or the draft.  There are a number of high-end corners the Chiefs would need to trade up to be in contention for Sauce Gardner or Derek Stingley Jr. A slot/nickel corner could be found at No. 30 or even No. 62 with guys like Jalen Pitre or Kyler Gordon.

As we said at the very top, the Chiefs have most of what they need if they could only just maintain it – but the cap is a problem.  Depending on what happens with Frank Clark and Melvin Ingram, they will either be in MAJOR need of a full-time edge rusher or will at least likely need some sort of part-time pass-rush help.  Justin Houston will be a free agent this offseason so perhaps he’d consider coming back home on an affordable deal?