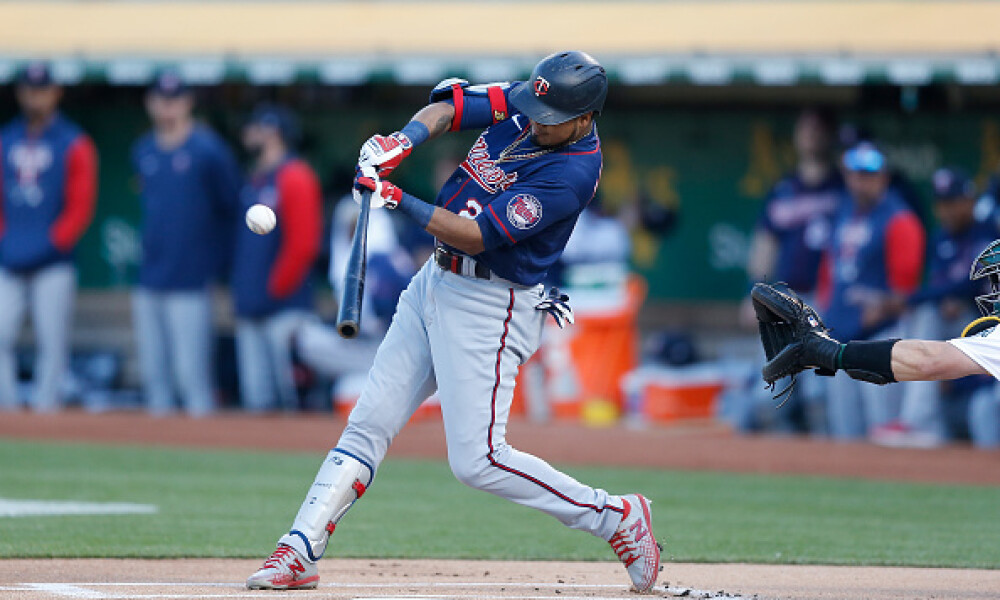 It is Thursday and at Fantasy Alarm it’s better known as Third Base Day. Every week I break down a player or dig into a trend at the third base position as part of our FA Player Spotlight Series. Today I will take a good look at a player that has recently been compared in various media outlets to Hall of Famer Rod Carew—the Twins Luis Arraez. He is a multi-position eligible player that is still available on many fantasy baseball waiver wires—so is he worth a pickup? A trade? Trade bait? Is he really the next coming of Carew—mighty big shoes to fill there?! Well, let’s take a closer look at the Minnesota Twins line drive-hitting infielder and what he means to the fantasy baseball work moving forward.

Arraez is a throwback utility player that can play anywhere. Arraez signed with the Twins as a 16-year-old in  2013 and had a .348 batting average his first pro season for the Dominican Summer League Twins and a .309 mark the next season with the Rookie-level Gulf Coast League Twins. All he does is hit (from the left side, by the way) and he has hit well at every professional level he has played with a minor league career slash of .331/.385/.413 with a .798 OPS.

Now enter Luis Arraez who seems to be immune to this new dead-ball era.

He is not a home run hitter, never has been, but line drives are the next best thing. Arraez does have a Rod Carew-Esque twice as many walks as strikeouts (20/10) and his 7.2% strikeout leads the majors. He was even harder to strike out in the minors where his .331 batting average over 1,594 plate appearances was supplemented by an 8.1% strikeout rate. After the Twins stumbled out of the gate to a 4-8 start and injuries to Byron Buxton and Miguel Sanó at the same time forced Arraez into an everyday role. The Twins are 19-5 in their last 24 games and Arraez is hitting .340 over the last month with a .459 OBP. He’s been a shift-busting hitting genius and has batted first, second or third where he can drive in Byron Buxton and set up Jorge Polanco and Carlos Correa.

What is really impressive about Arraez is the company that he keeps. He spent a month last winter working out and hitting at former teammate Nelson Cruz’s complex in the Dominican Republic. He also has one of the greatest hitters of all time as a mentor- Rod Carew. Watching Arraez hit brings back memories of Carew’s batting title-winning seasons when he would slam line drives the opposite way into left field

Rod Carew’s first 4 MLB seasons (does not include injury-shortened 1970):

Now Luis Arraez is not Rod Carew. Carew is one of the best hitters of his generation and possibly all-time. The similarities are there, though- sub 10% career strikeout rates and career .300 hitters. Yes, Carew did it over a long hall of fame career and Arraez is only in his fourth full season but hitting .300 in 2022 is a much harder task than it was in the 1970s.

Is Arraez here to stay? According to FanGraphs ZiPS Projections, he is:

So now that we laid out all the positives about Luis Arraez and have him enshrined in Cooperstown, I am sorry to say that there are some blemishes in his game. He is still pretty much considered a part-time player and is only playing every day now due to Miguel Sanó’s knee injury. Even though his career average is .317 Arraez does still get platooned against left-handed pitching. Just looking at the split over the last two years paints the picture.

It all comes down to the fact that Arraez is an elite contact hitter and will play every day against right-handed pitching. He is a part-time hitter against lefties and will only bat against weak southpaws while sitting in unfavorable reverse split matchups. That certainly does not make Arraez a no-go in fantasy baseball leagues and would be a solid addition to any lineup especially when he is eligible at 1B, 2B, 3B, and OF and available in 30% or more of most fantasy leagues.