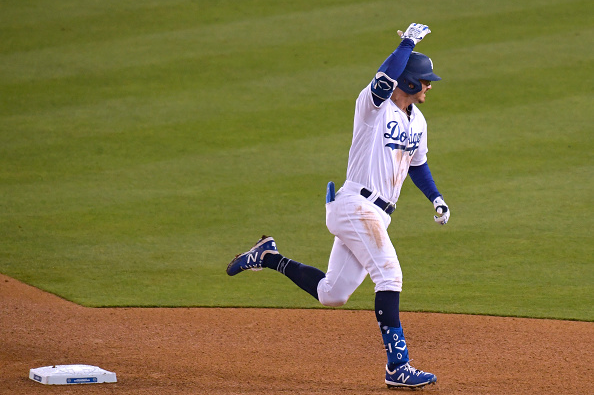 This week, we are treated to quite a few interleague matchups, headlined by the Pittsburgh Pirates getting the luxury of a designated hitter all week. Continue reading to see who gets a nice boost in fantasy value for the week, as well as those players that are not. Without further ado...

Many expect the Braves to get Marcell Ozuna out of the outfield for this two-game stint with the Yankees and that should happen. If that were the case, it opens up left field, where Ozuna has made every start this season. With Christian Pache also injured, I would presume that Ender Inciarte would slot somewhere in the Atlanta outfield. He’s been one of the hotter hitters of late for the Braves, and is .286 on the year against righties, which should come in handy with the Yankees likely sending out two righties.

With Baltimore heading to Miami for a two-game set, Ryan Mountcastle and DJ Stewart will likely get relegated to some pinch-hitting duties. Miami is scheduled to have a righty and a lefty for those two games, and left field has been the rotating door for Baltimore. Stewart has started the last three games for the Orioles (all against righties), whereas Mountcastle has received starts in all but one game where a lefty was on the bump. Both players will likely start one game and sit one game.

We’d all love to see Yordan Alvarez at Coors Field, sending balls into orbit. However, even if he is able to return to play due to injury, he shouldn’t be trusted as anything more than a pinch-hitter for this two game series. He hasn’t appeared in the outfield since 2019, and he made just 10 appearances out there. Should he be healthy, he’ll serve as the team’s primary pinch-hitter, and in shallower leagues, the combination of health questions, not starting these two games in Colorado, and then facing the Dodgers’ staff over the weekend hinders Alvarez’s fantasy value this week immensely.

Winners: Any Houston hitter in the lineup (THANKS COORS!)

The Pirates head on the road for the entire week, and both series will be played in American League parks. Philip Evans stands a lot to gain with the designated hitter, as his .298 batting average, .532 slugging percentage and three home runs in 13 games will be needed in the Pittsburgh lineup. He’s moved all around the Pittsburgh lineup, as they try to get him in their lineup. Whether it’s first base, third base, outfield or designated hitter, he gets a nice boost this week. If Evans serves as the designated hitter, that locks Erik González in at third base, with Anthony Alford and Dustin Fowler splitting time in center field. If Evans plays in the field, Gonzalez likely serves as the team’s DH, considering that he’s hitting .350 over the last six games, and we all know Pittsburgh needs all the help they can get in the lineup.

A quick two game set opens the door for the designated hitter spot in the Los Angeles lineup, as if they need it! Earlier this year, the Dodgers used three different guys in the DH, and that list includes Max Muncy , Justin Turner and Austin Barnes . I would expect the team to use Barnes in the DH spot one game, so Will Smith will get an appearance behind the dish. Recently, Los Angeles is doing whatever they can to get Zach McKinstry into the lineup. Ultimately, it comes down to two options:

Ultimately, McKinstry is going to play, and the luxury of the DH allows the Dodgers to not keep a good bat on the bench.

Winners: Zach McKinstry, Will Smith (to an extent)

Losers: Edwin Ríos (if Turner doesn’t DH or get an off day)