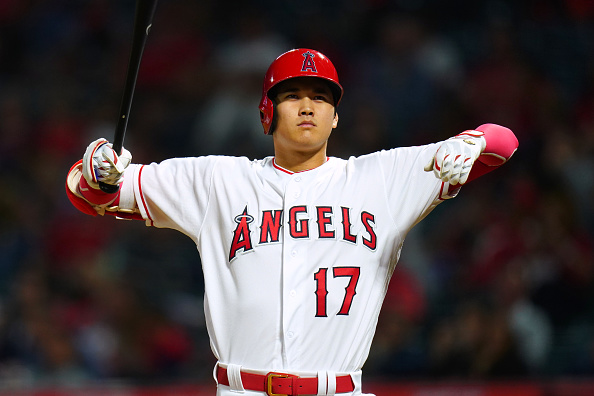 Tommy John and America's pastime are virtually synonymous heading into 2019. Even 10-to-15 years ago it was a bit of a shock when a player had to miss the season for the surgery. But now? Sure, it still sucks when a player misses the season with this procedure, but it's just become a part of the norm among the baseball community and perhaps it's one of the driving forces that's killing ratings and attendance (I'm being facetious). But this surgery is almost becoming expected amongst young MLB pitchers. Justin Verlander and Chris Sale have successfully avoided the procedure and both are still throwing hard despite the dip in velocity. You can certainly 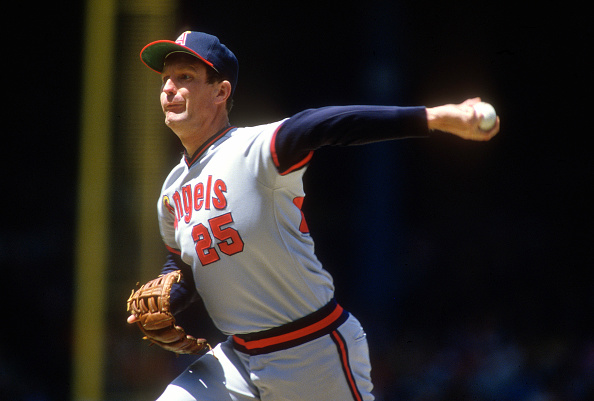 avoid the procedure throughout your career. However, there is a bit of a "ticking time bomb" aspect to Tommy John surgery. So to fully understand it, we must travel back in time...

Frank Jobe is credited with performing the first successful ulnar collateral ligament reconstruction on Tommy John. At the time there was little known about the injury and even Jobe gave Tommy John just a 1% chance of ever throwing a big league ball ever again. Prior to this procedure a UCL injury was just considered a sore elbow and a lot of pitchers would attempt to work through it and wait until the offseason to fully recover. Nowadays we understand the severity of the injury, but in the 1970's the advances in medicine and science weren't quite what they are now. Jobe performed the surgery on Tommy John in September of 1974. Knowing he would miss the 1975 season, Jobe rehabbed appropriately and made his return in 1976 with a 10-10 record and a 3.09 ERA. From 1977-1980 he managed to log three 20-win seasons and was an All-Star from 1978-1980. In total his career spanned from 1963 to 1989 and he can thank Dr. Frank Jobe for extending his career so long.

The act of throwing a baseball is such an unnatural motion for the body and it often results in a lot of strain on the elbow. Just look at the picture of Tommy John above; does that look natural?  It’s not clear whether the amount of pitches thrown or how hard a pitcher throws is the indicator for UCL damage. Typically a ligament will tear even if it’s stretched six percent beyond its normal length. Some believe the amount of pitches thrown (typically in a player’s youth) tends to lead to the surgery. How about pundits settle on this: Every human being is different. No athlete is the same as another. The wear and tear on one pitcher can differ from another. Injury time frames differ as well.  So while Tommy John surgery is surging in popularity there will be some players that just don’t require it. And some players that skate by will throw harder and more often than others. There are always outliers. But it’s no surprise that the procedure is most common in baseball players because the throwing angle is so unorthodox. 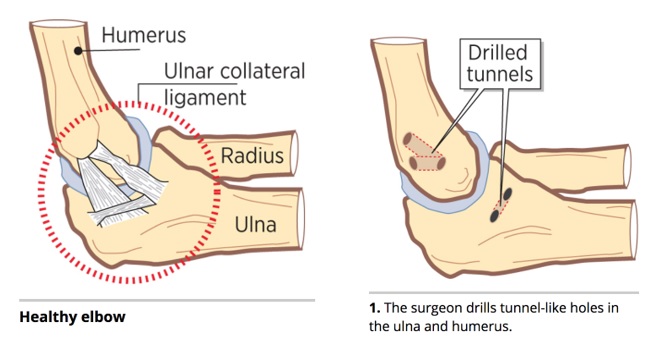 For those that do suffer UCL damage the process is simple. In the above image on the left is a pretty standard graphic of what a human elbow looks like. The UCL holds the humerus and ulna bones together. Over time the UCL becomes damaged through the pitching motion. When the UCL needs to be repaired, surgeons will make a three-to-four inch incision by the elbow and drill holes like the ones in the image on the right. Surgeons will also remove a tendon from a forearm or leg to replace the damaged ligament. Tendons are good replacements for ligaments because they’re similar but serve different purposes in the body. Tendons connect muscle-to-bone while ligaments connect bone-to-bone. 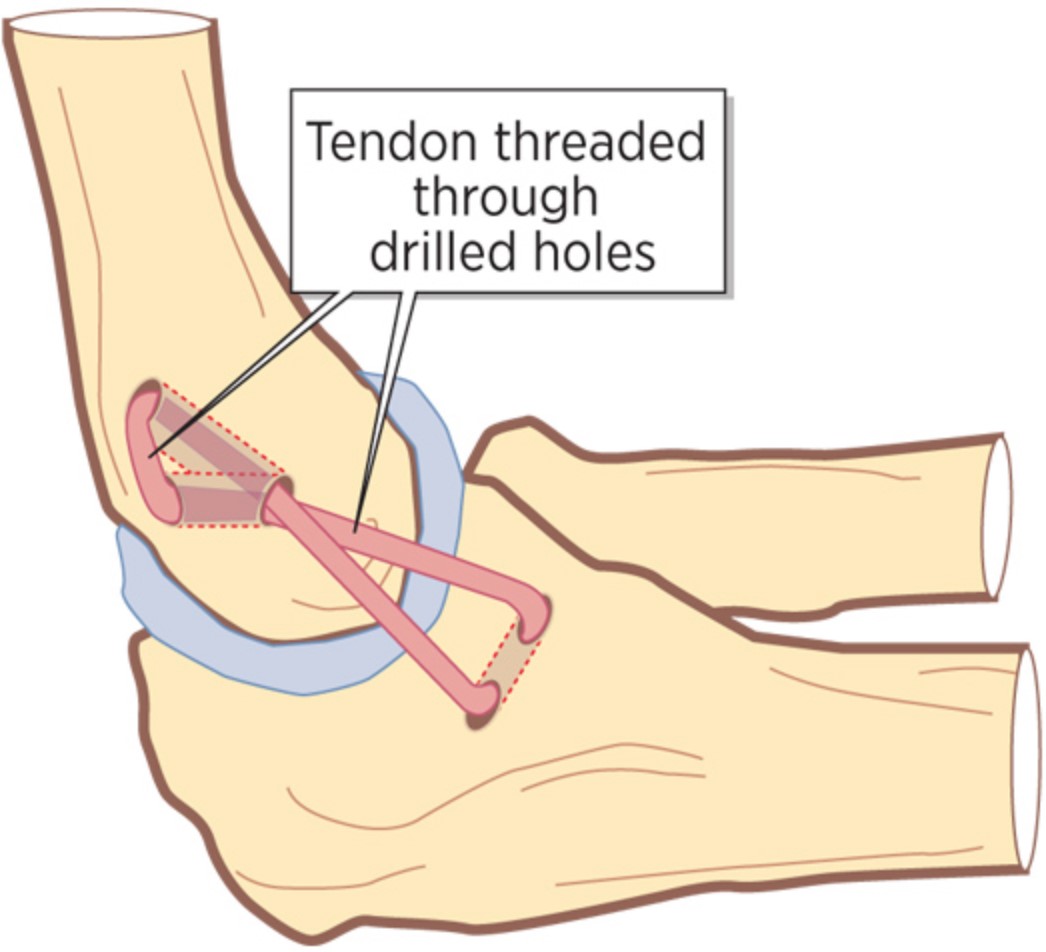 Now in the image above lies the final product. The tendon is weaved through the drilled holes in the ulna and humerus bones in a figure-eight pattern. Then the original incision is sewn up and a brace is applied to stabilize the elbow for approximately six-to-eight weeks. As previously mentioned the recovery window for a pitcher is typically 12 months, which is pretty arduous, but pitchers are pretty damn happy when they can resume throwing activities. 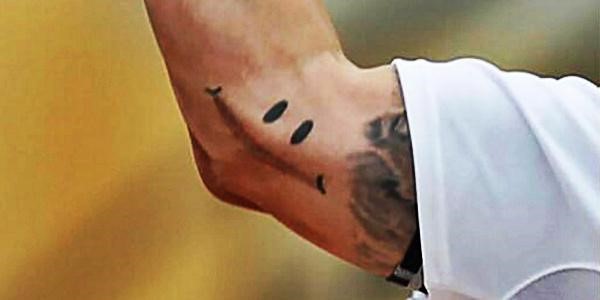 The Timetable to Return

For pitchers they need roughly a full year of recovery, but some players have returned in less time. If a pitcher goes down with an elbow injury in April or May there's at least a chance that they will be able to pitch the following season. At worst, they'll possibly miss some time in the beginning of the year. If a pitcher goes down in June, July, August, or September you better just plan for them to miss all of the following season. For example, Taijuan Walker underwent Tommy Johny surgery in April of 2018. Naturally his 2018 season was cut short, but recently the Diamondbacks placed him on the 60-day injured list. He's still within his recovery window, but Arizona doesn't expect him to return to the team until midseason. Michael Pineda underwent TJS in July of 2017 and missed the remainder of that season and all of 2018. More recently, Lance McCullers Jr. went under the knife this past November so he'll definitely miss the 2019 season. 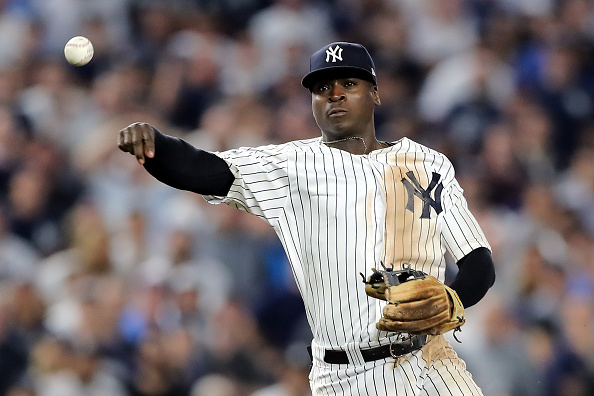 Position players actually have a shorter recovery window. In June 2017, Yankees top prospect Gleyber Torres suffered a UCL injury to his non-throwing arm in a minor league game while sliding into home plate. He missed the remainder of the season, but was able to make his big league debut with the Yankees in April of 2018, but it also helps that his injury was to his non-throwing arm. Torres' teammate, Didi Gregorius , had the procedure done last October on his throwing arm and while the Yankees don't have an official date in mind for when he might return they are optimistic that it'll be sometime in 2019. So again, position players can return sooner than pitchers because they aren't at as much risk of re-injuring their elbow as pitchers are, especially if the damage is to their non-throwing arm.

Shohei Ohtani is a unique case when it comes to Tommy John because he pitches and can be used as a designated hitter. Ohtani made his big league debut with the Angels in 2018 and as a hitter he hit 22 home runs with a slash line of .285/.361/.564 in 114 games as a DH. As a pitcher he worked just 51.2 innings last year with a 3.31 ERA, but he did log 63 strikeouts. To no surprise because of how versatile he is, he was named the American League Rookie of the Year. Toward the end of the season it was revealed that Ohtani had damage to his UCL and he had TJS in early October of last year. Now he's completely shut down from pitching in 2019. The Angels expect he'll be able to return to the mound in 2020. However, Angels manager Brad Ausmus recently said that he hopes the Angels have Ohtani back as a designated hitter by mid-May, which would be a seven-to-eight month recovery window.

A Word From One Of Our Own

Fantasy Alarm’s very own, Justin Vreeland, has actually undergone Tommy John surgery before and can provide a personal account of his journey to get back on the mound. Out of high school, Justin went to Florence-Darlington Technical College, a junior college with a great baseball program. Two weeks into his time at school he tore his elbow and required UCL reconstruction. After talking with Justin, here’s what he had to say about the mental aspect of recovery:

“Going through the process I can tell you it was very strenuous and it’s not just the physical side (most people understand that portion of it) but what is missed is the mental side of it. Even though you trust the surgeon and you know the surgery went well and every checkup you are being told it is healing perfectly and such, its still so difficult to not let negative thoughts creep in. Each workout in the gym, each throwing session, each rehab session there is that thought of "maybe it isn’t right, what if it tears again?" It took me being fully back and pitching in regular season games on a regular basis to crack those fears. Even the slightest bit of natural soreness that pitchers go through worries you. Then on top of that you have to watch your teammates all playing the game while you’re on the sidelines recovering and that is another hard part in its own. One of the biggest positives that comes out of the whole process (aside from being back to health and returning to the mound of course) is the extra appreciation you have for the game. Being able to do the little things of just even being able to have a pain-free toss are things you wouldn’t ever think about before the injury but post-op you really appreciate it…

Also, people don’t understand the actual pain you are in when it’s torn. It’s literally awful. I walked off the mound my last time before going under the knife in tears holding my elbow up with my other arm in excruciating pain. It’s like someone is stabbing you in the elbow. “

Major League Baseball players have access to top doctors and training staffs, as well as advanced forms of therapy to recover in 12-14 months. Justin’s recovery took a little bit longer. His took about 18-24 to fully be able to pitch with confidence and no fear of re-injuring his elbow. Once fully recovered Justin was able to pitch two seasons at Claflin University where he earned All-Conference and Pitcher of the Year recognitions.