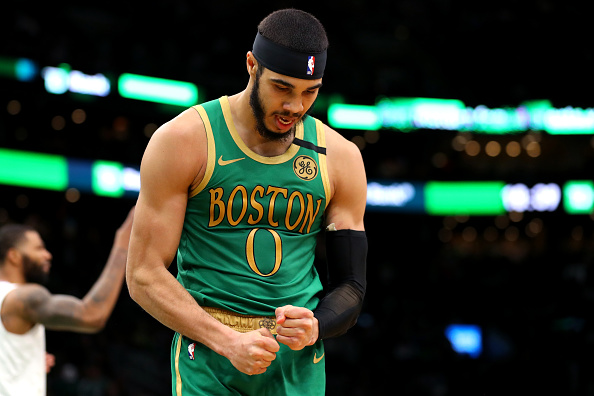 At this point, we still don’t know when we will see live action again. The situation is as murky as possible. Reports are saying that certain teams will open up their practice facilities as soon as May 1st depending on which states have more relaxed rules and laws in regards to the virus. This does not mean that play will resume soon after. This approach is more of a “baby step” type of approach.

The NBA has thrown out the proposal that once the Pandemic has subsided that players can take two weeks to train and warm up, but Chris Paul has indicated that players need more time to train which means the league and players aren’t on the same page at the moment. Paul says players’ need three to four weeks to train. The likely scenario is that the league forgoes the rest of the regular season and head right to the playoffs. Let’s go division by division and look at the current situations of these teams. We’ll start with the Atlantic Division, a division that will have four teams going to the playoffs if the regular season doesn’t get played out. This division is the only division that would have four teams represented.

The defending NBA Champions have proven that they can still be a contender even without KawhiLeonard leading them. They have lost nine games at home and nine games on the road. They have held teams to scoring 106.5 points per game against them, which puts them atop the Eastern Conference. The Raptors are now led by All-Stars Kyle Lowry and Pascal Siakam. Siakam leads the team in scoring by putting up 23.6 points per game. The Raptors have six players that grab at least one steal per game. Despite suffering numerous injuries throughout the season, the team has been able to hold strong. Serge Ibaka, Norman Powell and OG Anunoby have been excellent complimentary weapons that have kept the Raptors defense as one of the fiercest in the league. Fred VanVleet has been very helpful on the offensive end showing his ability to be a reliable combo-guard. VanVleet will be an unrestricted free agent at the end of the season and he currently ranks third on the team in scoring and second in assists. Can the Raptors successfully defend their title? They can, but having to potentially face teams such as the Bucks, Lakers and Clippers along the way could make things a bit difficult. They would face their division-mate Brooklyn Nets in the first round. Could this ongoing delay of action lead to the return of Kevin Durant for Brooklyn? Unlikely. Keep that in mind though!

Right behind the Raptors in the Atlantic Division are the Boston Celtics who literally match the Raptors home record and scoring per game (113). The Celtics have a few more losses on the road than the Raptors. Despite grabbing All-Star Kemba Walker last off-season, All-Star Jayson Tatum has led the team in scoring with 23.6 points per game (identical to Pascal Siakam). The Raptors and Celtics would be a grueling series with seven-game potential. Gordon Hayward finally looks like he fits with the team as he’s scored 17.3 points and grabbing 6.5 rebounds per game. Wings Hayward and Jaylen Brown have been very helpful at closing down the lane against opposing drivers. Brown has scored 20.4 points per game this season. He has been an excellent two-way player and is one of three Celtics to average over a steal per game along with Tatum and Marcus Smart . As always, Smart’s defense off the bench this season has been stellar. He gets in opposing guards faces, has quick hands and never gives up on a play. Walker dishes 0.1 more steals than Smart. Smart, Brown and Tatum have led the team defensively. The Celtics have beaten the Raptors in two out of three games this season, but remember, the Raptors have battled a ton of injuries and the Celtics will very likely run into trouble against the Raptors (who have a clear size advantage). Will EnesKanter, Daniel Theis and Robert Williams be able to stop Siakam, Ibaka in the paint and Marc Gasol on the perimeter? That’s a tall order and a lot of ground to cover. If the league goes right to the playoffs, we’d have another inter-division battle as Boston would host Philadelphia and the Sixers have lost just two games at home this year (league-leading), but they have won just 10 road games. Boston’s road to the Eastern Conference Finals will be a tough one with them likely going down to Toronto in the second round. Boston and Philly split their season series two to two.

The Pandemic came at the perfect time for the 76ers because Ben Simmons was dealing with an injured Back. They let up 107.4 points per game, just a pointbehind the Celtics and Raptors. Simmons and Joel Embiidwere named All-Stars. Embiid played in just 44 games this year as he’s had to deal with injuries. Simmons has missed 11 games and would have missed more if the season wasn’thalted. The Sixers Iron Man has been Tobias Harris because he hasn’t missed a game all season. While Embiidleads the Sixers in scoring (23.4 points per game) and Simmons leads the team in rebounds, assists and steals (2.1), Harris contributions and durability have kept the Sixers competitive. Harris has scored 19.4 points and grabbed 6.8 boards per game this season. Harris took five three-pointers per game, but has shown that he can bang in the paint against bigger players. With Simmons, Embiidand Josh Richardson banged up, Shake Milton had emerged as a huge help taking on a good amount of the scoring burden. Al Horford helped out under the glass and has been able to log a lot of minutes with other players hurt. FurkanKorkmaz provided support off the bench as well. The issues for the Sixers surround their inability to win games on the road. As I said before, this stoppage of play benefits them more than any other team. Momentum has been taken away from other teams that they would have had heading into the playoffs. Being a road team to start the playoffs against a high-powered offense in the Celtics isn’t ideal, but the Sixers have had time to heal up and withoutmomentum playing a factor it’s a more even playing field going up against the Celtics. The two teams split their season series winning two games each. One thing that can work against the Sixers that you must think about before betting on them is that they may have to play exclusively at a neutral site. They would be exclusively on the road and will have to learn how to win games against competitive teams outside the Wells Fargo Center. They are 10-24 on the road, which is the worst road record of any team going to the playoffs. Embiid, Harris and Horford would have to dominate the Celtics in the paint in every single game in order for the Sixers to advance. The edge goes to Boston in this first round match up.

This is almost a wasted playoff spot at this point because the Nets have said numerous times that they are more focused on next season when everyone is back and healthy including Kevin Durant (who hasn’t played all season) and Kyrie Irving (who had Shoulder surgery in February). Could they be at an advantage because of the stoppage? Kevin Durant should be ready to return if they want to trot him out for the playoffs. As for Irving, who knows? It depends how his Shoulder rehab is going but the Nets may choose to still not risk it. They fired their Coach Kenny Atkinson and they want to add another “star” in the offseason. The Nets played better WITHOUT Kyrie Irving . Spencer Dinwiddie ran a more balanced offense and it benefitted other players such as Caris LeVert and Jarrett Allen . Once LeVert came back and Irving got hurt, LeVertstepped up and in the games leading up to the pause of the season, he was the prioritized scorer scoring 51 points on March 3rd and then he scored 22-plus points in three of his next four games. Taurean Prince was more helpful defensively than offensively as he would mainly serve as the team’s bailout option at the arc. Jarrett Allen and DeAndre Jordan split time at Center pretty evenly. Jordan led the team in rebounding grabbing 10 boards per contest.Joe Harris was an excellent utility player scoring nearly 14 points per game. The Nets would start out against the defending NBA Champs and the Raptors took three of four games versus Brooklyn this season. If the Raptors end up facing the Nets without Durant and Irving, they should be able to win the series in five games, but if they end up suiting up, that changes everything. Durant currently has zero chemistry with his new teammates and Irving has played in just 20 games this year and the Nets may not want to risk it and start fresh next season with a new Coach for the future and a fully healthy team. They have stuck to their guns with Durant all year holding him out even though we saw videos of him shooting and moving well in practice. Toronto is a hard mountain to climb in the first round and we are more than likely going to see LeVert and Dinwiddie lead this team if the playoffs happen. Expect this roster to be different heading into next season.

There’s not much to say in regards to this team. They signed a bunch of short-term deals last offseason and the lack of chemistry and ability to score a lot of points led to a lot of losses and Coach David Fizdale’s firing. Team President Steve Mills was also fired. The Knicks have a lot of pieces, but you can’t build a team around Julius Randle . Randle leads the team in scoring (once Marcus Morris got traded), rebounding and assists. Randle would be a better third or fourth option on a team and there’s a chance the Knicks may look to trade him this off-season. The Knicks have seven first round draft picks in the next four years. Instead of doing what the Knicks tend to do and sign a bunch of long-term bad contracts, they stockpiled draft picks and are apparently looking to attract a “disgruntled star” in the offseason. New President Leon Rose is in with a lot of veterans and used to be LeBronJames Agent. The Knicks are for the most part starting over and will try to build around Mitchell Robinson and RJ Barrett . Robinson had trouble staying out of foul trouble for a good amount of the season, but by the time late-February hit, he seemed to learn how to keep the fouling down and we saw him play more minutes. He leads the Knicks in blocks per game swatting away two per contest. Barrett won’t win Rookie of the Year, but he’s in the top-five rookie discussion. He is a strong driver and a strong perimeter defender. The Knicks became a much stronger defensive team on the perimeter because of Barrett and Elfrid Payton. It wouldn’t be surprising to see Payton return to the team to start in the backcourt with Barrett. Barrett started shooting better from downtown after the All-Star break. Payton and Barrett led the Knicks in steals. Barrett scores 14.3 points and grabs 5 boards per game. The Knicks are heading back to the lottery and they need an explosive wing player, more size or a Point Guard in the draft. Will Coach Mike Miller return? Better times ahead….hopefully!