What Is The State Of The NBA Season 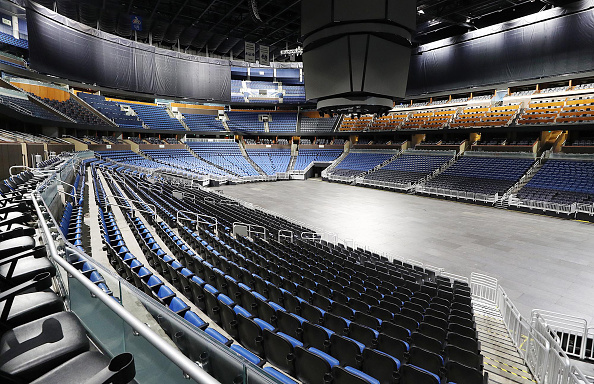 It’s been nearly a month since the NBA regular season came to an abrupt halt and we haven’t heard too much about what the league will do with the remaining month of the season that needs to be played out. Will the season be wiped away? Will the NBA go right to the Playoffs once play resumes? When will the NBA Draft be? How will they incorporate Free Agency? There are just so many questions, but for us a fantasy player, the hardest question to answer is what happens to the rest of our fantasy basketball season? After reading through countless articles, opinions and quotes from some of the most respected in the industry and we don’t know much, but that shouldn’t stop us from preparing for every possible scenario. Hang in there. Here are some scenarios of what we can expect when play resumes in the NBA. Life at this point changes every day; Every day has been an eternity, but the only way that sports go away is if we let it. We’re passionate sports fans and that’s how should stay to keep sports living.

This seems more like wishful thinking at this point because we haven’t reached the end of all that’s going on with the virus but with one month remaining in the regular season, the NBA can shoot to return either Monday, June 29th or Monday, July 6th and finish it. The league would allow teams to train and practice for 10 days in June and then league play starts back up. The schedule would consist of more back to backs with the goal to finish off the regular season by the first week of August. From there, you conduct one to two months of Playoffs and that puts you at the first weekend of October. Conduct the draft and free agency right after the champion is crowned and start the 2020-2021 season on Christmas, December 26th or December 27th. For everyone who has been complaining that an NBA season is too long in general, the league could use 2020-2021 as an experiment to try out a condensed 60-game season and see if it draws more interest and it works best for the health of the players. That should put everything back on schedule by the time we reach the 2021-2022 season. Or, if the league doesn’t want to condense the season, they can still start right around Christmas and play regular-season games through the month of May. To get back on schedule for 2021-2022, a month of the off-season would have to be chopped, but half the teams in the league are already resting once the regular season ends. Condensing it makes a bit more sense. If this scenario was to play out in this particular way, our fantasy basketball season is safe and we pick up right from where we left off when play was stopped.

Recently, reports have come out that the NBA will give more clarity about what will happen with the season by May 1st. While the MLB is trying to do everything they can to actually play games in May (which doesn’t seem likely), the NBA is taking it slow as they try to figure out this mess. Another report came out that the NBA would like to have a champion by Labor Day (September 7th) and in order to do that and keep a balanced schedule, that report indicates that the league will skip the remaining month of the regular season and go right to the playoffs. They would give the post-season contenders a couple of weeks to train up and then begin play. This would also fit into the model and thought process that sports would return in the first week of July. It just makes a lot of sense! It makes all of these floating other pieces come together. At the end of the day, we just want sports to come back and it shouldn’t matter whether or not the stands would be empty, or the league would skip part of the season, but, unfortunately for us, we have fantasy implications that are directly impacted. If the NBA goes right to the Playoffs, the fantasy basketball season ends. Be nice to your fantasy league Commissioners because they will have to make tough decisions regarding league payouts/prizes and everyone needs to keep an open mind, especially if there has been a dominant team in the league from wire to wire. More advice will come regarding options so stay tuned! While I question whether or not taking away the final month would impact the schedule THAT much if it all, this scenario/result is better than nothing. It brings back sports and it makes for a very exciting fall and winter. They can look to start the 2020-2021 season in November if they go right to the playoffs and be back on schedule (for the most part) by the time we reach the 2021 offseason.

Remember, the virus is still spreading and with no end of the spread just yet, the NBA may look to just play it safe and cancel the rest of the season and playoffs and start fresh next season. The NBA schedule would remain unchanged and we would be looking at normalcy when it comes to when the NBA Draft and free agency are held. The league has reported that they don’t want to just wipe away the 2019-2020 season and they’ll do everything they can to get the playoffs in, even if it means empty arenas. We’d be facing the same situation as listed above in regards to our fantasy basketball season and league Commissioners will have a lot of tough decisions to make. Like the MLB did when the strike took away the remaining final month of the 1994 MLB season, the NBA could look to give the end of season individual player awards (which we can bet on). Again, the NBA doesn’t want to wave the white flag and give up. From everything I read about this situation, they are very focused on getting the playoffs in. Would it stink for those teams fighting for home-court advantage in the first round? 100 percent! I feel bad for teams like the Pelicans who had been inching closer to taking out the Grizzlies for the final playoff spot in the Western Conference, but at the end of the day, we don’t have much control in regards to what is going on in the world and as NBA fans, we’ll take what we can get even if we go right to the Playoffs.

As fans and just people in general, we have to be grateful. We have to think about the health of not only ourselves but these Athletes as well. They have families to protect as well as their own lives. We want to see sports return so we can feel like life is returning to normal, but the problem with that thinking is, life needs to return to normal (or restricted normal) first and that will bring the NBA back to us. Stay safe! Stay healthy! Stay home! Slow the spread, to bring back live NBA action.