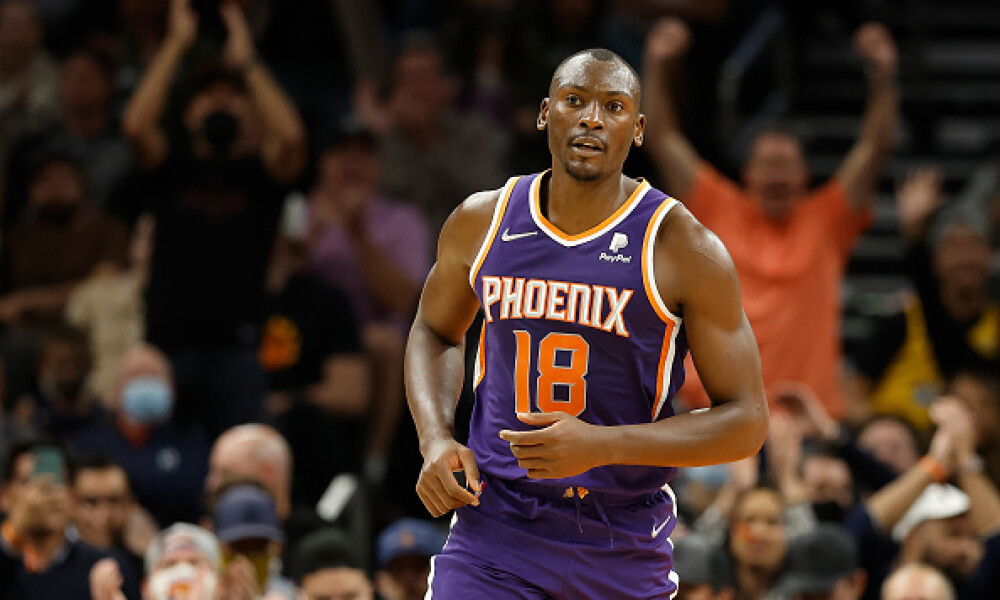 All of a sudden, the last-minute injuries are piling up this week and there’s only so much we can do because sometimes we don’t know who’s sitting until 20-30 minutes before game time. There are a lot of short-term solutions and with the ongoing COVID issues around the league and a plethora of other non-COVID injuries, there’s plenty of opportunity to take advantage. Look at stats from the last week of action. I know I normally suggest doing this down the stretch rather than this early in the season, but rotations are about to open up again with the trade deadline looming and especially if you have short benches in your leagues, think short-term with two sets of injuries working against us. Nothing will stop us and these lists will keep us one step ahead of the game.

He continues to be up and down when it comes to his production, but looking at this situation as a whole, it’s hard to forget that he really does want out of Sacramento and didn’t even make the rotation to start the season. Expected him to get extra playing time with the NBA trade deadline a few weeks away. The Kings won’t just give him away, but it’s been very difficult relying on Richaun Holmes for consistency and Bagley has scored 13-plus points and blocked shots in two of his last four outings. He’s a good driver, but needs to work on his mid-range game and defense for that matter. He pulls down over seven rebounds per game and he should start playing closer to 30 minutes as the Kings look to stud him out. He can hit shots from long-range as well and is often left open.

The Pacers are dealing with multiple frontcourt injuries and they will have to play small for a little bit longer until Domantas Sabonis returns. Even Malcolm Brogdon being out changes everything about the offense and Indiana will go with a more hot-hand approach game-by-game to determine who gets offensive priority. Craig has hit the 30-minute mark in four of his last five games and grabbed at least four boards in four games during that span. He’s scored in double figures in three of his last four games. Craig has needed to help out at power forward and he’s produced blocks and steals in three of his last six games. Craig will often be used as a bailout option on the perimeter. Keep Craig on a short leash as Sabonis should be returning soon and we’ll see how it impacts his minutes, but because Caris LeVert is a bit inconsistent, if Craig is hitting his shots he’ll continue to get fed and the Pacers can use all the defensive help they can get.

Will Porter sit out the second leg of a back-to-back? Very likely! As long as Draymond Green is sitting with multiple injuries, Porter will play 25-30 minutes per game and he’s scored in double figures and ripped down six or more rebounds in all three contests. Porter can provide defense in the post and on the perimeter. He’s not as mobile as he once was, but he provides offensive help and Kevon Looney can only do so much. Klay Thompson has been dealing with general soreness and Andre Iguodala is nursing a hip injury and that will give Porter even more shots. He’s taken no fewer than eight shots in three straight games and he hit multiple three-pointers in his last two outings. He’s posted swipes in his last two battles and turned away shots in two of his last three games as well.

Even when Domantas Sabonis returns, Myles Turner being out benefits Bitadze. With the Pacers current roster composition, they should really continue to start Bitadze and let Sabonis play power forward. We’ll see if that’s the case but regardless Bitadze should continue getting a true rotation commitment of playing at least 20 minutes per game. He’s scored 12 or more points in five of his last six games and played over 30 minutes in two of his last four outings. He’s been regularly producing five or more boards in recent games and he’s blocked shots in four of his last six games. He can also help stretch the floor and step back and hit a three-pointer if the shot clock is winding down. He hangs around the low block for the most part but it’s good to know that he has decent shooting range on offense.

Where’s Kyle Lowry? Not on the court and even with Tyler Herro back in action for Miami, Vincent will continue to get heavy run until Lowry returns to the court. He’s played over 32 minutes in four straight games and he scored in double figures in four of his last five outings. He plays very aggressive defense on the perimeter and will often go for swipes while getting screened which is very difficult to do from a timing standpoint without fouling, but he has quick hands. He’s posted four multi-steal outings in his last five contests. He’s done his due diligence running the offense in Miami and he’s dished five-plus dimes in each of his last four outings. His defense could keep his minutes hovering in the early 20’s even when Lowry is on the court.

Looney is giving us the defensive stats to warrant picking him up as the Warriors frontcourt continues to deal with injuries. We don’t know when we’ll see James Wiseman take the court and Draymond Green has had his own health issues this year. Looney will continue to see mid-to-late 20’s when it cones to playing time and he’s pulled down nine or more boards in six of his last seven contests. He’s scored in double figures in two of his last four games and he’s even produced swipes in four of his last six outings. Between the rebounding and steals to go along with enough scoring, he’s a good “last guy on your bench” add. It’s hard finding big men who get a lot of minutes sitting out there. Once Green returns, we’ll see if he can sustain, but the Warriors have to show some inside presence and it’ll be up to Looney to provide them with post-play.

He’s going fast, but all of a sudden Biyombo’s production has exploded and with Deandre Ayton still dealing with his ankle injury Biyombo has broken through. He’s produced three double-doubles in his last five games and he grabbed at least 13 boards in those three games. He’s blocked six shots total in his last three and produces steals in four of his last five outings. He’s played 28 minutes or more in four straight games and he’s scored in double figures in four of his last five battles. Where was this in Charlotte all of those years where the Hornets could still use help in the post? If he’s out there, pick up Biyombo immediately until we see his minutes drop. He has a big frame and he’s hard to box out in the post and teams are struggling to keep him out of the paint. He breaks the 40 percent or under rule, but I’m still seeing him out there and he needs to be added.

Since returning to the court after a lengthy absence, DiVincenzo didn’t look the same on the court. He wasn’t moving as swiftly and certainly wasn’t getting to the basket as efficiently as before, but, we’re starting to see his playing time slowly pick up. He may end up being the fourth option on the Bucks, but once he really heats up, he’ll be able to produce a decent amount with the reserves and that’s where we’ll see hit production rise. He’s scored nine or more points in three of his last five games and he’s even grabbed steals in six of his last seven games. When he’s fully healthy, he’s a hound of a defender on the perimeter and we’ll continue to see his minutes rise. He played 28 minutes last game and he’s starting to show signs of improved health and clearly the coaches are liking what they’re seeing because they’re lengthening his leash on the court.

Whiteside is healthy and in the two games since returning to the court, he’s scored in double figures and grabbed nine-plus rebounds in both games. He blocked shots and grabbed steals in both games and his schedule is very favorable as he battles the Nets, Timberwolves and Grizzlies in the next week. He has the Nuggets on there as well and centers have been able to get to Nikola Jokic a bit on the offensive lately. We should see Whiteside continue playing over 30 minutes as long as Rudy Gobert is sidelined with an injured Calf. The Jazz don’t have many other options to turn to defend the post. A lot of their other bigger forwards are wing players and Whiteside is their best chance and he needs to be added immediately. Throughout his career, Whiteside has been more consistent playing fewer minutes, but the Jazz are desperate that will keep him on the court.

Melton has been more helpful defensively than offensively lately and that can keep him on the court. He’s played at least 24 minutes in each of his last three contests and he can run the point if needed. The Grizzlies are still missing some of their midcourt players in Desmond Bane and Dillon Brooks and that gives Melton less playing time competition in the backcourt. Melton has scored 10 or more points in three of his last five battles and he grabbed four or more rebounds in four of those games. He’s produced four multi-steal games in his last five. He’s even dropped three or more dimes in two of his last three games. Ja Morant plays a lot of minutes and the Grizzlies have other shooters, but as long as Melton is crossing the 20-minute mark, he deserves a spot on your fantasy basketball benches.