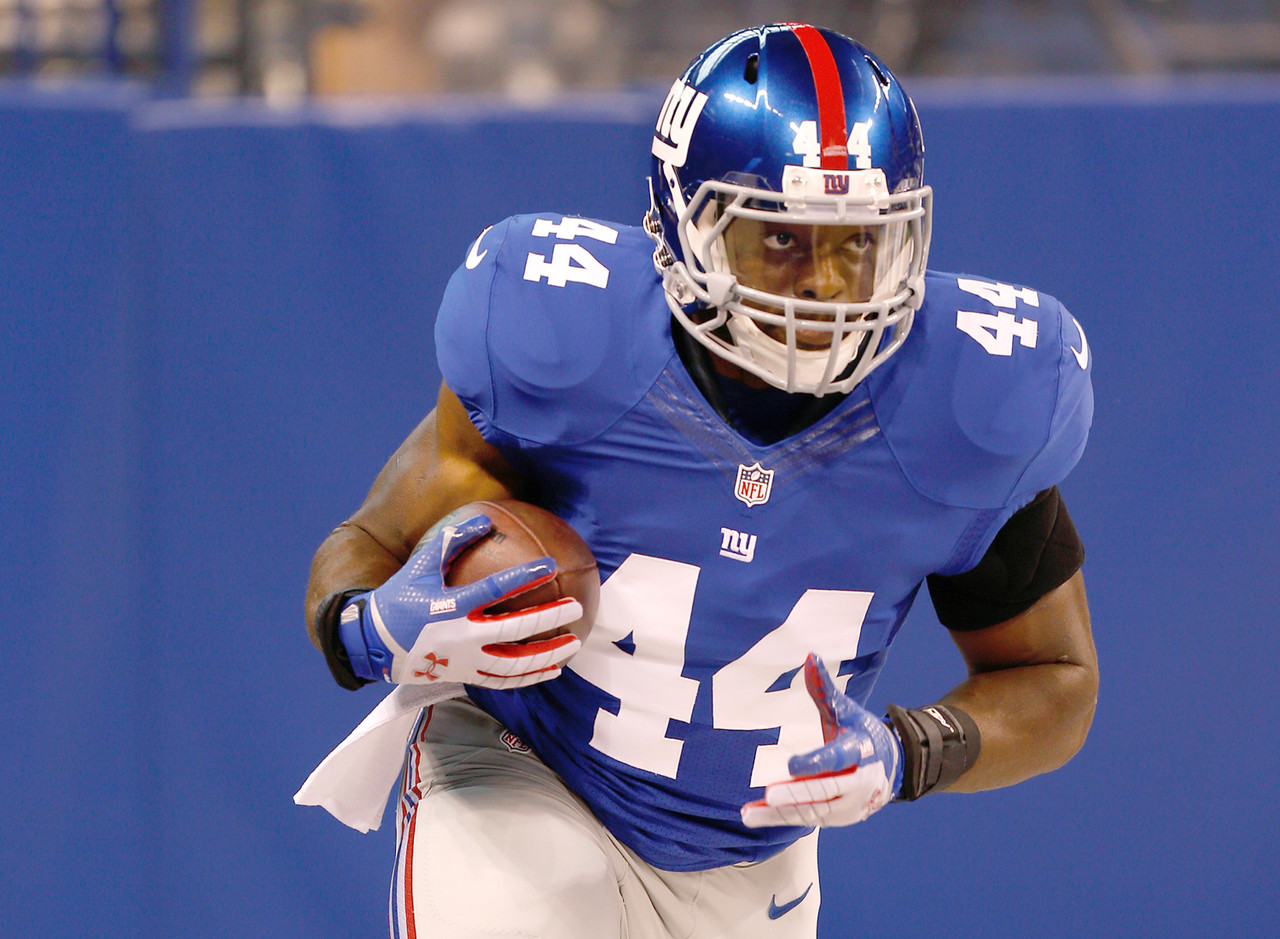 Here is the Training Camp Reports for Wednesday August 8th:

We knew that LeGarrette Blount was a risky draft day selection anyways but now that he has been diagnosed with a significant right knee injury it is time for another Patriots RB to step up. Blount inured his knee on Thursday and an MRI has shown that he has a grade two MCL sprain. This injury will keep him off the field for 3-5 weeks and opens the door wide for a number of interesting RB the Pats employ.

You have heard me talking up second year guy James White this summer and now with Blount out you can go ahead and call me a full fledged supporter. The team also has Jonas Gray, Travaris Cadet and Brandon Bolden who will battle it out for playing time in the absence of Blount.

I do not consider Bolden a legitimate contender for any quality fantasy snaps whatsoever. The team loves his special teams prowess and keeps him around mostly for those purposes. Cadet is interesting because the Pats plucked him away from the Saints this spring seemingly to replace pass catching specialist Shane Vereen.

The backfield plan in New England was likely for Blount to of course carry most of the load while Cadet subbed on passing downs. But as always they’ll rotate their RB’s depending on matchup. With Blount out now however, White and Gray will get an opportunity to get early down work and if effective could legitimately carve out useful roles for themselves in 2015. Remember that Blount is suspended for the first game of the season anyways so it will be somebody else carrying the rock for the Pats against the Steelers. My bet is on James White and I’d consider him a viable late round option perfect for those that draft Le’Veon Bell and need a get me over RB for the first couple of weeks.

I am just not that impressed with Andre Williams whatsoever. He is a slow, plodding upright runner that lacks speed, power and any sort of imagination as a runner. While it makes sense for the team to make the two compete for the job, this could be a business move as well. Jennings has a 2015 cap hit of $2.8 million while Williams only costs $623K against the cap. With bigger needs on the defensive side of the football the Giants very likely are just exploring their options.

Remember this spring when the Colts signed Duron Carter and it was all the rage? Well after they went out and signed Andre Johnson and drafted Phillip Dorsett the Carter signing lost a lot of its luster.

Fast forward until Friday when Carter absolutely lit it up at the Colts first scrimmage. Carter caught four TD passes in what a Colts official told ESPN’s Adam Schefter “might be the best day we’ve ever seen from a Colts player in Anderson.” It should be noted that Carter is still running with the second and third team offense and that all four of these TD catches were from the arm of backup QB Matt Hasselbeck.

Remember that Duron Carter is the son of NFL Hall of Famer Cris Carter and at 6’5” 210 lbs he is as intriguing of a WR prospect as there is in the NFL. It’s quite possible that Carter won himself a roster spot with this performance but is still not somebody that deserves a roster spot on standard 12 team fantasy leagues.

I’ll tell you what, I am really liking what I am hearing out of Chargers camp these days. Specifically, I really like the chemistry that has developed between Philip Rivers and Stevie Johnson.

I’ve always been a fan of Stevie Johnson and feel like he is a severely underrated wide receiver. After a season of tough luck injuries in Buffalo and basically being in isolation with the 49ers last year, many have completely forgotten about Johnson.

Stevie just turned 29 years old this summer and has three straight 1,000 yard seasons on his resume. He is a very sure handed receiver who runs good routes, has ideal size and plays through injuries. He is the perfect type of bounce back candidate that will be forgotten about on draft day but highly sought after on the waiver wire early in the season.

If Keenan Allen doesn’t make some significant improvements soon, it could be the Philip Rivers/Stevie Johnson show in San Diego in 2015.