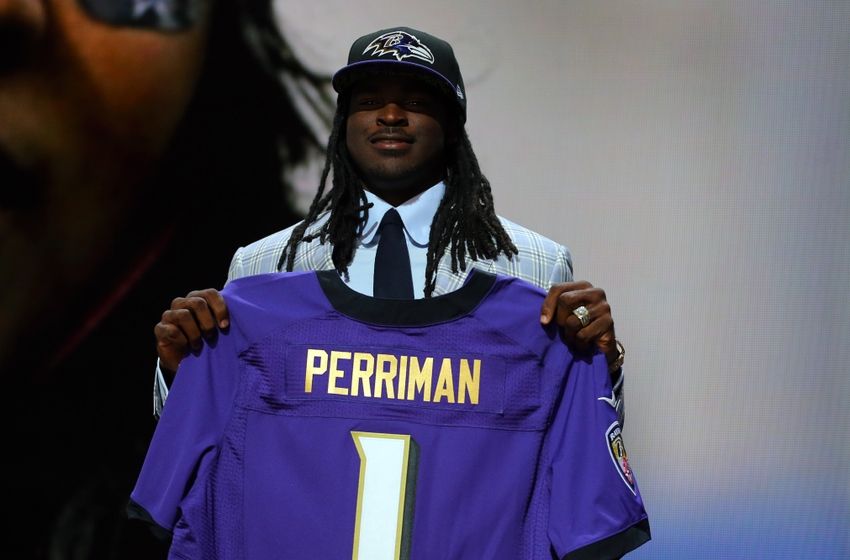 The thing about a draft is that no matter what happens during it, nobody really wins or loses. Where a player went or who got taken before whom becomes irrelevant th minute the draft is concluded.

Well the NFL has been in the books for two months now and all of the initial hype and excitement surrounding early round players such as Phillip Dorsett, Nelson Agholor and Melvin Gordon has cooled off a bit. Sure there are folks out there talking about Agholor as if he is the next Jeremy Maclin and others who think that Jameis Winston is going to step right in and lead the Buccaneers to the promised land. But in fantasy circles we know better. We understand that at the end of the day it doesn’t matter which round we got a player so long as they can help us attain the results we desire.

Its times like these we need to be reminded that Antonio Brown was a sixth round pick back in 2010. Alfred Morris was also a sixth round pick in 2012 as was Charles Clay in 2011. Hell, Arian Foster went undrafted in 2009 as did Wes Welker in 2004 and Antonio Gates in 2003.

So, now that we’ve had some time to digest all of the picks of the 2015 NFL Draft, I have gone ahead and went through all of the players that I believe landed in the best spots.

I was in love with Perriman’s skills coming into the draft and had a late first round grade on him myself. Although many of the draft experts didn’t think he would get selected that early, the Ravens took him with the 26th overall pick. At first, I wasn’t in love with the landing spot for Perriman.

I had hoped he would win up in a more pass happy offense opposite a veteran WR who would command more attention. But after compiling all of the data and hearing nothing but glowing reports from the Ravens coaching staff, I am more excited about Breshad Perriman than any other rookie this season.

This kid is big, strong, fast and is the son of a very highly productive former Lions WR Brett Perriman. He knows how to handle himself and how to be a pro. Joe Flacco has never had a weapon like Perriman at his side yet. The closest he has come to this kind of talent at the WR position was a 30-year-old Anquan Boldin back in 2010. At this stage of his career, Joe Flacco is ready to take a young WR like Perriman under his wing and make him a star. I am expecting some real nice numbers here from both Perriman and Flacco in year one.

What’s the matter? This list doesn’t have all of the usual suspects at the top? You want to cry about it? Yeah well, I am not afraid of taking chances and if I decide to wait on RB’s in the early round this year, which is a strong possibility, I am going to make a point of acquiring the Falcons running game in the middle rounds.

Coleman is a perfect fit for Falcons new offensive coordinator Kyle Shanahan’s cut back running system. He is well sized with incredibly quick feet and a jump cut that rivals that of Bears RB Matt Forte. Coleman is going to win the Falcons starting RB job at some point either in training camp or during the regular season and when he does he’ll post some real good fantasy numbers as well.

It’s weird to me that Parker is my third choice here because I wasn’t overly impressed with his tape to be quite honest with you. Now that we know more about his foot injury one would think that I’d back off even further. But I cannot deny the tremendous mix of size, speed and hands that Parker possesses.

He lands in a great spot with an up tempo offense and a young QB that is about to enter the prime of his career. Ryan Tannehill has almost an entirely new arsenal of weapons to throw the ball to and if his favorite target turns out to be Parker, this could be a Peyton Manning/Marvin Harrison type of fantasy situation we are talking about in 2015.

As much as I don’t want to like Gurley, I think he landed in a great spot here in St. Louis. Not only are the Rams going to fully committed to the run in 2015, but they significantly upgraded their offensive line via the draft, free agency and even the supplemental draft.

Even if Gurley isn’t a full go for week one, the Rams can use Tre Mason early on until unleashing their first round prize soon after. You just don’t get many opportunities to get a three down RB in today’s NFL so despite the injury concerns going into the season, there will be a buyers market for Gurley come draft day.

If this were a ranking of the skill position players I think will have the best careers, I just may have Kevin White on top. This kid is the real deal on so many levels. It will take the Bears coaching staff less than a week of practice to realize all of what they have packaged in their first round pick. Unfortunately for fantasy owners however it will take longer for them to see and to realize just how good White is going to be.

If you own Andre Ellington in a keeper or dynasty league, you had better go after David Johnson quickly in your rookie draft this year. We saw last year that despite having quality elusiveness, Andre Ellington is easy to tackle and can’t stay healthy. In order to have any productive running game the Cardinals needed to have a bigger, between the tackles runner who can gain the tough yards. Enter David Johnson, who I think makes a very sneaky standalone mid round pick this season.

Oh stop your complaining! I can literally hear you right now, “Why is Melvin Gordon so low on your list!!” The facts are that Gordon ran behind an enormous offensive line in college and doesn’t possess top end speed. The Chargers offensive line is well below average and we have never seen Gordon challenged at any level so far. Although Gordon has good hands when displayed in practice, he has never been a pass protector nor is he a natural pass catcher. The Chargers will likely use Danny Woodhead and/or Branden Oliver in obvious passing situations which would then limit Gordon’s production. It’s not that I expect him to be bad, I just feel that there will be a lot of folks disappointed at the results they get from a RB they believe to be one of if not the best in this draft.

Again, this isn’t about me hating any specific part of Cooper’s game rather just where he wound up in this draft. Derek Carr showed flashes this year but I think that if many would just take out the context “for the Raiders” they would realize that Carr wasn’t all that good in 2014. I do believe that Cooper will help Carr more than Carr will help Cooper and thus I am not recommending avoiding Cooper by any means. I believe that the Raiders are going to have to use him inside quite a bit and this could result in more targets and receptions but the bigger plays and the red zone looks simply won’t be there in 2015.

This is the first player on the list that I really just don’t think is any good. Yeldon screams Toby Gerhart to me and that isn’t going to make many in Jacksonville happy. Yeldon isn’t just “not fast” he is downright slow. The Jaguars offensive line could be improved this season but not enough to make Yeldon a consistent producer. He’ll have a few good weeks I believe but the majority of his value comes in the fact that he will indeed be the bell cow for the Jags this season.

Evidently everyone loves himself or herself some Ameer Abdullah. I have heard dozens of times already that Abdullah will surpass Joique Bell as the Lions main ball carrier in 2015. I do not believe that will happen. Bell is built more for a heavy volume of touches while Abdullah’s slight frame is what will keep him from being a true full time RB at the NFL level. He’ll be a producer in PPR league formats but I wouldn’t even count on him for the per game production that Reggie Bush offered in the same offense in 2014.

So there you go. Those are my top 10 rookies for fantasy football in 2015. Feel free to comment and give your thoughts in the comments section below. You can also hit me up on Twitter @Jeff_Mans anytime you like.