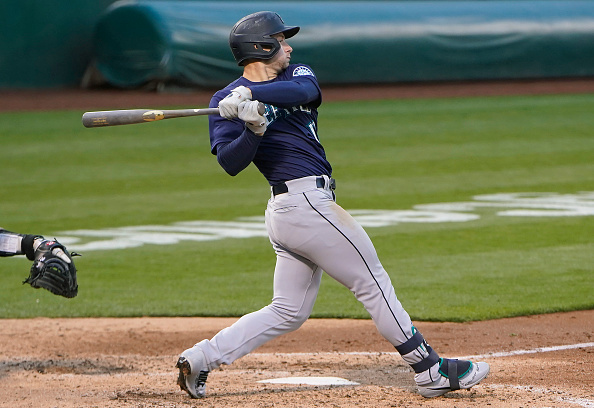 It just hasn’t happened yet for the rookie and that’s OK. This is a great spot to really get his bat going. Mike Foltynewicz struggles mightily with left-handed hitters. They’re hitting .333 with a 1.030 OPS and a wOBA of .435. In just 20 IP against LHH, Folty has already served up six homers, which of course accompanies a .631 SLG for them. Kelenic’s combination of power and speed could give him absolute fits here.

We love attacking Adam Wainwright on the road. LOVE it. He’s been especially vulnerable against left-handed hitters away from home. They’ve slashed .407/.484/.630 against Waino and this is a top-five hitters ballpark in terms of runs scored per game, according to the Fantasy Alarm ballparks page. Smith has been in a nice groove at the dish, notching four straight multi-hit games while riding an eight-game hitting streak. Smith is hitting .300 with a .352 wOBA against right-handed pitching.

O’Neill has been dynamite in the first two games off the IL, homering in each of them, with hits in five straight. He’s hitting .303 with an 1.100 OPS with five bombs over his last 10 games. The Cardinals lead the main slate in implied runs and are second on the entire day overall. Arizona is the best hitting environment on the board for this slate of games as well.

It’s not like opponents have had a ton of success in the batting average department against Lowe, but left-handed hitters specifically have hurt him from a power standpoint. He’s allowed four homers to LHH and a .344 wOBA as well. It’s par for the course from last year too, allowing a .476 SLG and .362 wOBA to lefties. Lowe himself hits right-handed pitching well, posting a .354 AVG and has slugged seven homers off them.

The pricing between FD and DK are crazy for Edman as he finds himself a crazy value on FD. He’s in a nice groove at the dish hitting in four straight and nine-of-10 overall. Over that 10 game span, he’s hitting .310 with three doubles, two homers, nine runs batted in and three stolen bases. Diamondbacks starter Seth Frankoff has allowed a .465 AVG to LHH this year.

Lefties have owned Logan Webb this year and the Dodgers don’t have many on their roster, but Lux makes for a solid value on FD on Saturday’s four-game main slate. It’s five games on DraftKings. Webb has allowed lefties to hit .350 with a .940 OPS and .409 wOBA. Lux has had a really strong month of May, hitting .291 with 17 RBI and a .344 wOBA.