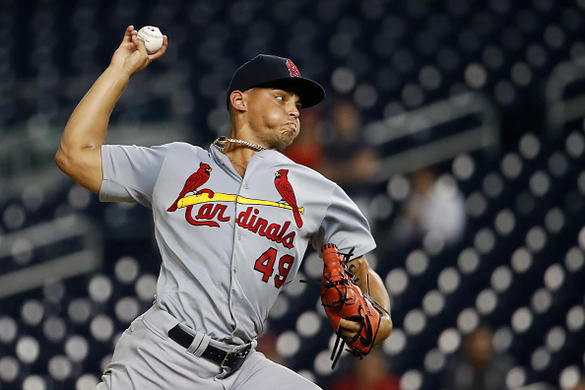 After a preseason lauding Jordan Hicks , he not only broke camp with the Cardinals in 2018, he emerged as a high leverage option during the season. Hicks logged 77.2 innings winning three of his seven decisions with six saves, 24 holds, 70 strikeouts, 45 walks, a 3.59 ERA, 4.26 xFIP and 1.34 WHIP. While the numbers do not leap off the page, remember, Hicks pitched at High-A the previous year.

For the first time in a long time, a reliever other than Aroldis Chapman finished with an average fastball above 100 MPH. Hicks accomplished this, while struggling with command issues at times. He generated a 9.4 swinging strike percentage and 26.1 chase rate while ceding a 77.1 contact percent. Along with his high octane fastball, Hicks owns a nasty slider as evidenced in the attached tweet: