Behind The Breakout: Logan Webb 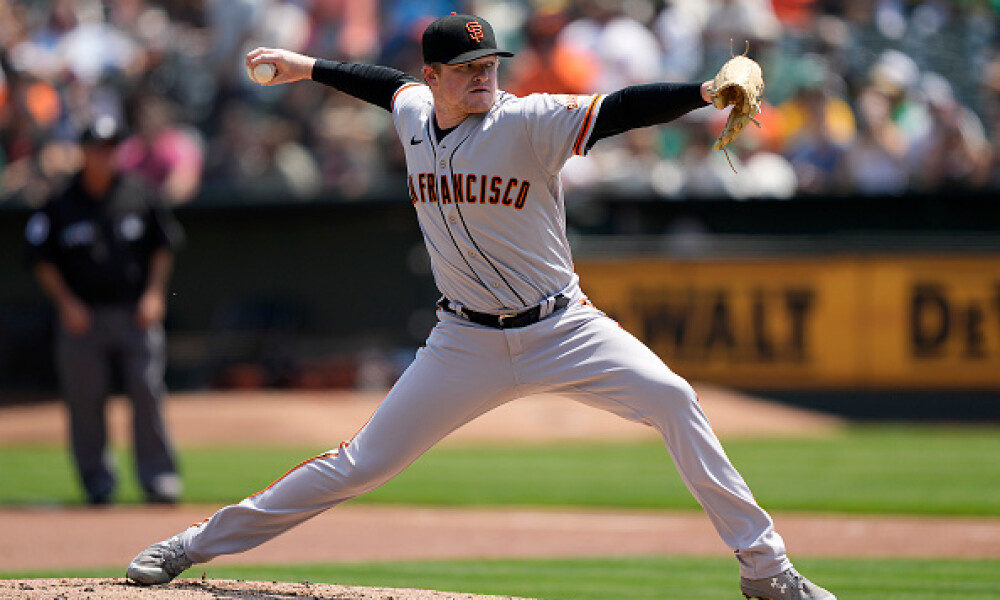 Flashing upside in spring training with two wins over 17 innings and a sparkling 22:2 K:BB. He also owned a matching 0.53 ERA and WHIP putting him on preseason draft sleeper lists. However, his start this year fell short of expectations. At the end of April, his 4.13 ERA preceded a fateful trip to Coors during which he gave up six earned runs in 3.2 innings of work. Then, a light turned on.

Webb recorded his second win of the season tossing six innings allowing three hits, one earned run and two walks with 10 strikeouts at home against Texas. He then fired six shutout innings in Cincinnati with four strikeouts and just when it seemed like the fantasy community could trust the young starter, he landed on the injured list with shoulder soreness. He returned on the 29th defeating the Dodgers for his third straight win, but returned to the injured list with recurring soreness in his shoulder. Many moved on from him, especially in leagues with limited bench space or without injured list spots available.

However, from May 11th on, Webb unlocked his arsenal. He's allowed two runs or less over his 12 starts with a 6-0 record, a 1.63 ERA and 72:14 K:BB over 66.1 innings. It should be noted he only pitched three innings his first outing back on July ninth, four in his next appearance and finally five innings in his third start of the injured list. Still, it's worth mentioning how well he's depressed run production with scoring up across the fantasy landscape coinciding with the "substance” crackdown.

Over his last nine starts, Webb's been even more impressive with a 3-0 record, a 1.82 ERA, 0.97 WHIP and robust 51 strikeouts versus 11 walks in 49.1 innings. Within this sample, he's recorded a 26.8 strikeout percentage and a 5.8 walk rate. Taking a similar path paved by Sandy Alcanatara last year fueled by increased use of his sinker, it's time fantasy reassesses Webb going forward.

First, from Statcast, here's his pitch usage evolution this season:

More sinkers and sliders while almost putting his four-seam fastball on the shelf works for Webb. Through his last start against Oakland on August 22nd, here's his pitch usage chart with some indicators:

Diving out of the strike zone, Webb's slider 46.3 whiff rate seems viable. Now for how it confounds hitters by tunneling off of his sinker:

So, a ground ball pitcher with increased strikeout potential on a team with strong defense and shifting metrics in the midst of a breakout seems terrific. Through 19 games this year, Webb owns a 7-3 record with 105 strikeouts against 28 walks during 98.1 innings with a 2.84 ERA, 3.22 SIERA and 1.13 WHIP. He's registered a 26.4 strikeout percentage and a 7.1 walk rate, but remember his recent results with more sliders and sinkers along with fewer four-seam fastballs. It gets shrouded in his season results, but savvy players note breakouts fueled by an evolving skill set.

Depressing results in the strike zone will be tantamount for continued success until the end of the season for Webb. Here's his swing and take chart from Statcast, with negative numbers actually rating as positive outlooks for pitchers:

Rest of the season projections become slippery for young players in the midst of an in-season breakout. Keep this in mind when viewing them from the sites below, courtesy of Fangraphs:

In the present fantasy environment, a starter with upside in terms of strikeouts with a propensity for ground balls on a playoff contending team should garner more fantasy love. However, Webb truthers hope he remains below the fantasy radar entering the 2022 draft season. Monitor his finish this year and if he's on your roster, enjoy the ride. His breakout remains in progress.