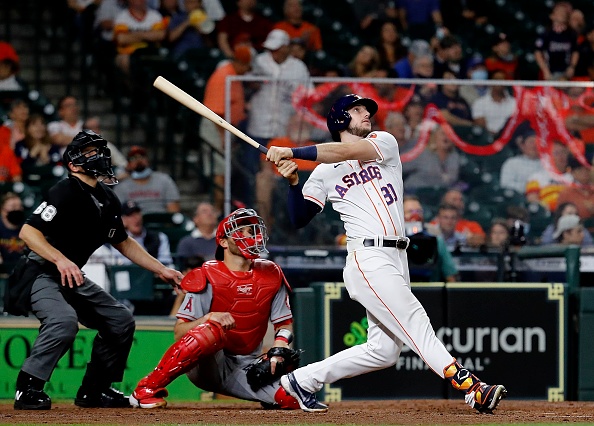 Kyle Tucker , OF - Houston: Starting to surge after a slow start, he's logged 29 plate appearances in his last seven games with eight runs, three home runs, eight RBI and a .360/.448/.880 slash line. Teaser alert, he may appear again in this column.

Jesús Aguilar , 1B - Miami: Quite the anomaly since he only hits home runs on the road. This will be tested with his team heading to face the Dodgers in Los Angeles this weekend. But, over his last seven games he's slashing .423/.444/.923 with four runs, three home runs and eight RBI. Pretty, pretty good.

Teoscar Hernández , OF - Toronto: A slow start and time on the injured list made him a headache for those with him on their fantasy roster. But, he's...