Which hurlers are picking up new pitches this spring with the hopes of the new offerings bolstering their performance substantially. 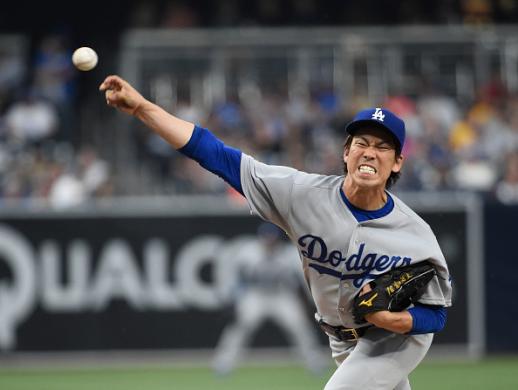 Sometimes all that separates a pitcher from success and failure is control. At other times it’s pitch sequencing. Sometimes it’s adding a new pitch to the mix. Jason Collette posted the following article on Fangraphs talking about hurlers who are adding a pitch this spring. Some interesting notes follow. Great work by Jason.

Trevor Bauer, always tinkering, and this time it’s the splitter. “I think it’s the ninth pitch I’ve seen from him,” Indians pitching coach Mickey Callaway quipped. “I split the plate pretty well going left and right, with the cutter and two-seam,” Bauer explained. “And I’ve always been able to work in the top of the zone with the four-seam and down in the dirt with the curve. But, I haven’t really had anything that starts in the zone and goes down, but doesn’t bounce. So, I’ve tried to work on that. Hopefully, it leads to more ground balls.”

Dylan Bundy has an extensive injury history, and the one-time future ace is just trying to prove he belongs as a starter and the big league at this point. In order to do that he’s starting to throw the cutter, a pitch he used to feature. Given all the arm woes he’s dealt with, I really don’t like hearing he’s adding a cutter to his already existing three pitch repertoire.

Yu Darvish is adding the splitter back to his offerings. "I was kind of astonished when he threw it," pitching coach Brocail said. "I waited a long time after my Tommy John surgery before I threw it again, but I don't have his delivery. He throws it correctly and uses a bit of his wrist so not all of the pressure is on his elbow in that pulling-down motion. It's a little looser. And this guy, if there is any chance of hurting himself, he's not going to throw it. I'm comfortable with it." Darvish has only thrown the pitch five percent of the time, so it doesn’t sound like it should cause much concern. However, the last time he threw 145 innings was 2013. That’s three years ago folks.

Edwin Diaz is already a dynamic strikeout arm, and now he’s looking to return to a pitch he used to throw as a starter, a changeup. “They know I have the fastball/slider. I want to show them I have the third pitch. It looks good now; we will see when I throw it to hitters how it breaks. When I have more confidence in it, I will throw it to righties, too.” He has 88 strikeouts in 51.2 big league innings with just two pitches.

Tyler Glasnow has been messy this spring with an 8.53 ERA and 2.052 WHIP in three outings, but he’s working on his changeup to help him have an off-speed offering. The guys hard stuff is elite. Period. He doesn’t have the slower pitch to knock batters off. He’s had a problem with the changeup cause his hands are so big. “With his fingers as big as [his] are, that wasn’t working,” Scott Mitchell said. “So we went to a two-seam grip, which we generally don’t do. If a guy throws a four seam, we want him throwing a four seam changeup. If he’s a two-seam guy, we want a two-seam changeup. But he showed some comfort with the two-seam grip, but still wouldn’t trust it enough to throw it during the game.” The link has pictures of what the new grip looks like. Glasnow seems committed to the pitch which is terrible news if you’re a player who makes his living with a bat.

Jon Gray is working on his change-up. “The hardest part is mentally knowing you’re going to throw a pitch between 70 and 80 miles per hour to big league hitters and is it going to react the way you want it to,” reporter Trey Renck said. “It’s got to dive because a bad change up is a BP fastball, and it’s going over the fence. It’s going to leave exit wounds in the wall. And that’s what guys have to get over.” If he does indeed pick up a changeup that works out home, his performance would have nowhere to go but up.

If you haven’t gotten a copy yet of our Alarm Draft Guide, what’s wrong with you?! If you don’t have an interest in hundreds upon hundreds of pages that will blow your mind, you just don’t have the time cause your significant other already thinks you’re spending too much time on fantasy, we’ve got a solution for you. The Fantasy Alarm Draft Book is the quick-hitting, down and dirty Guide many seem to want. No frills, just rankings and dollar figures. It’s your one stop shop to drafting. Plus, the article I linked to above has one of the dopest pictures you will ever see in it. Seriously. Check it out.

Kenley Jansen is working on his slider. Heaven help the hitters who already can’t hit him despite the fact that all he throws is a cut fastball (89.7 percent last season).

Kenta Maeda is adding a cutter. He’s hoping the pitch will help him generate more grounders as well as to attack lefties who posted an OPS .150 points higher against him than righties last year (.730 to .580). He also added 10 lbs. to gain some stamina after his late season fade last season.

Carlos Martinez is working on his curveball. He’s basically thrown his slider slower to achieve the curveball. He only threw the pitch 24 times last season.  “I think he’s a guy who realizes there’s a time where you gotta have a punchout and that’s part of the maturity,” manager Mike Matheny said. “He has the stuff and he knows when he needs to pull that out. There’s other times he knows he can get a quick out or a double play or an early-in-the-count swing and just get a ground ball.”

Andrew Miller has struggled in the WBC, but don’t worry too much about that. Check out his new changeup. It’s sick.

Joe Ross is adding a changeup. “That’s probably the biggest thing I’m going to work on throughout the spring,” Ross said. “I’m going to try to get with Max [Scherzer] and [Stephen Strasburg], I think, because obviously, their change-ups are pretty phenomenal.”

Taijuan Walker is still, third year now, trying to find the feel of that off-speed pitch, the slider. "I think it's going to be a big pitch for me, if I can continue to throw it and have confidence in it," Walker said. "It was short and late," manager Torey Lovullo said of Walker's slider. "I felt he could go to at any time, in any count. You could just tell he was in a great rhythm and comfortable with any pitch, not just the slider.