How did things play out in the Senior Circuit after 12 folks sat down to partake in an NL-only auction in Arizona? 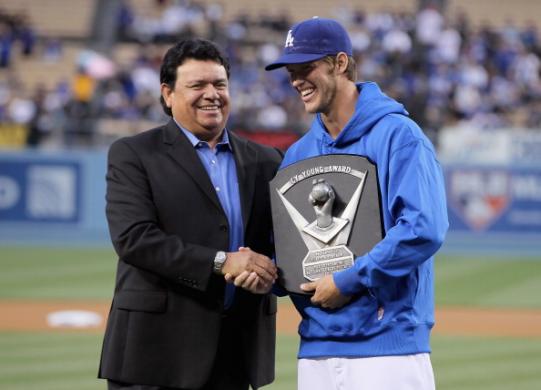 I participated in AL LABR over in Arizona, you can see my writeup of that league here. I know you all love to read my thoughts, I mean they are wondrous, but that report only discussed the Junior Circuit. But what of you who are in NL-only leagues, are we to just leave you out? Of course not. In what follows you can read, and hear, some of my thoughts regarding NL LABR.

I think one of the steals of the draft was Johnny Cueto at $22. He cost half of Clayton Kershaw. Half. Derek Van Riper was able to roster Cueto, Jameson Taillon, Hector Rondon, Carter Capps and David Phelps for a total of $42. Honestly, how could you not like that five-some more than Kershaw at $44? See below, in the audio section, for talk about the Kershaw dealio.

Matt Harvey went for $16. That’s way too much for me. Way too much. I even wrote an article titled Avoid Matt Harvey. There are so many reasons that speak to avoiding Harvey at that level to be the prudent move. That said, why did he go for $5 more than Steven Matz? I’m not a fan of either, but if I had to choose one, and one of those was five dollars less than the other, then you know what way I’m going.

Rich Hill went for $20. That’s simply bonkers. I’m all wound up, so back up, give me some space, and here I go... Rich Hill has thrown 215 big league innings the last seven years. He will be 37 at the start of the 2017 season. Why do I have to write anything more? I don’t care how effective Hill is, the cost was just too high when there were sooooooo many quality starters that went for less: Julio Teheran $17, Kyle Hendricks $17, Zack Greinke $14, Kenta Maeda $13, Aaron Nola $12, John Lackey $11... I could keep going, but hopefully you get the point. There’s Rich Hill audio below as well.

Eric Thames went for $22, the same price as Brandon Belt and one less than Adrian Gonzalez. I just don’t get that at all. See Thames Player Profile.

I don’t know why anyone would pay $15 for Jung Ho Kang with all his off the field concerns. Give me Yangervis Solarte for $11 all day long.

Eduardo Nunez went for $20 while Jose Peraza went for $22 up the middle. Most chose not to go big at that spot with names like Howie Kendrick ($10) and Brandon Phillips ($9) costing roughly have as much.

Kyle Schwarber continues to be thought of too highly. Speaking of Schwarber, should he really go for $2 more than Randal Grichuk? See these two articles, one on Schwarber, the other on Grichuk.

You can win by not focusing on pitching.

What is going on with the crazy time Rich Hill love?

Kershaw went for a gazillon dollars.