Michael Fulmer was the AL Rookie of the Year in 2016. Does a review of his skills lead us to believe that he should be even better in 2017? 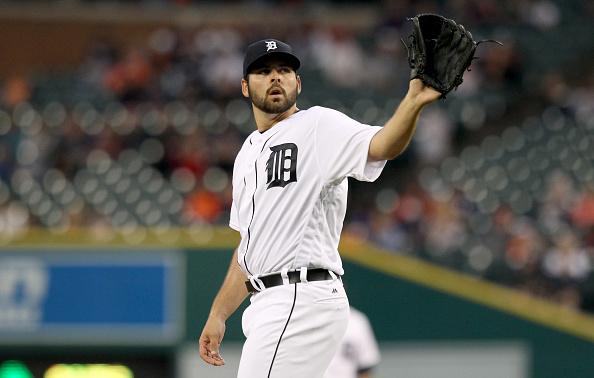 The 2013 season included surgery to repair torn meniscus in his knee that limited him to nine starts. His 2014 effort included a 4.39 ERA and 1.55 WHIP over 20 starts before he needed surgery to remove a bone spur and bone chips from his elbow.

The arsenal is vast for Michael Fulmer. From his Scouting Report last April at Fantasy Alarm.

“Fulmer has a plus fastball that usually sits in the 92-94 mph range (it can hit 96-97 on a good day). The fastball generates tons of ground balls due to its heavy sink, and it also leads to a lot of weak contact. Fulmer augments the plus heater with a power slider. It’s a swing and miss pitch with sharp, downward break. As scouts say, it has good “depth.” Fulmer also throws a curveball. It’s not up to the level of the other two offerings, but it’s still a decent enough pitch that he can keep batters off balance with the change of speed from his two hard offerings. Fulmer also tosses a changeup, but it’s clearly fourth in his arsenal of pitches. Fulmer throws slightly across his body to add a little bit of deception, and he’s always been a strike thrower who has done a good job of keeping the walks in check.”

Fulmer’s fastball last season came in at 94.9 mph according to PITCHf/x. That mark would have been tied for 6th best in baseball for starting pitchers if he had qualified for the ERA title (he fell short of 162 innings). 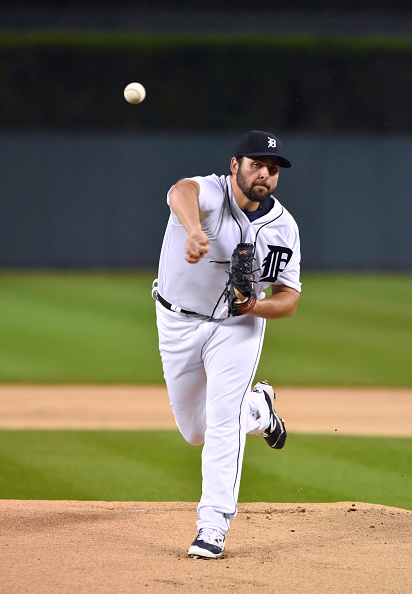 Fulmer posted a 49.1 percent ground ball rate last season, a very solid mark. That mark would have been 19th in baseball for starting pitchers if he had qualified for the ERA title.

Fulmer threw his slider 25.6 percent of the time last season. He threw the pitch at 87.9 mph. That mark would have been tied for 6th in baseball for starting pitchers if he had qualified for the ERA title. Fulmer threw the pitch 632 times last season. Here are the results: .201/.277/.313. The resulting .589 OPS is strongly suggestive of the pitcher being a pretty darn sharp offering.

Fulmer threw his curveball 17.5 percent of the time last season. He might consider using the pitch more this season after last year’s results: .167/.214/.198. Batters simply couldn’t square the pitch up as he had a swinging strike rate of 19.0 percent on the curve. Hell, the results say it was the best pitch he threw last season. Of course, that is partly attributable to the fact that batters had to gear up for the heat, and that left them susceptible to the curveball.

According to PITCHf/x data, Fulmer didn’t use his changeup last season with the Tigers.

Was he a strike thrower last season? Here's some data and where it would have placed him amongst starting pitchers, had he thrown enough innings to qualify.

Fulmer was totally as advertised as a rookie.

You know me. Of course there are.

I bring this frame thing up because (1) Fulmer has never been a big innings guys, (2) he’s dealt with some physical woes through the years and (3) his performance down the stretch last season was far from exciting. 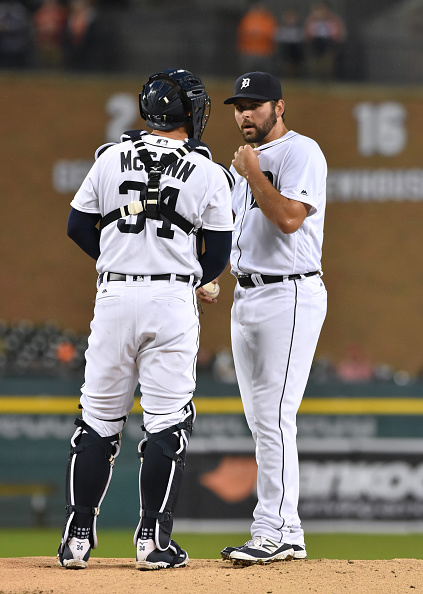 Fulmer has one season in his career of 125 innings. One. Fulmer saw a 50-inning increase last season. That’s significant, especially since he had never thrown 125 innings before. As noted in the Hurler Workload Concerns article, Fulmer did see that significant increase, and though there’s no definitive link to injury the following season, a 50-inning increase is a pretty substantial mark.

Here are the numbers from Fulmer over the last seven starts he made after August 15th. The numbers are, frankly, scary:

Every one of those numbers was well worse than the league average.

Given his lack of high level innings, how could you not be at least a bit concerned by those numbers?

I’d also note his K/9 rate of 7.47 with the Tigers. He throws hard, and he locates the pitches well, but last season he didn’t put away even a league average number of batters via the strikeout. Fulmer did have a 10.4 percent swinging strike rate, better than the 10.1 percent league mark, so there is reason to believe the rate will go up in 2017.

You should note that this guy had a 79.0 percent left on base rate. He’s simply not going to hold on to that level. No one in baseball does year after year.

Finally, check out his SIERA (4.03) and xFIP (3.95) marks. They are both suggestive of a guy who should have had an ERA that was a full run higher than it actually was last season.

Fulmer will start, and the presumption is that he will be allowed to take the ball every five days and approach, and likely go past, 180 frames.

As of this writing, here are Fulmer ADP details.

The Fantasy Alarm Player Rankings suggest that both those ADP sources have Fulmer ranked too highly.

Fulmer is an impressive young talent. He throws hard, doesn’t beat himself with the walk, and has good stuff. He also has innings pitched concerns, was awful late in the season, and despite the arm the strikeouts weren’t quite there last season. Some caution, however slight, is warranted.

10-Team Mixed: He’s on the SP 4/5 border in this format. You don’t want to depend on guys you aren’t even sure can throw 180-innings in a format that is this shallow, that is unless the cost is low. It won’t be with Fulmer.

12-Team Mixed: He’s a fourth here for me. The pluses outweigh the minuses in total, but there are still negatives.

15-Team Mixed: Are you really all-in on Fulmer that you’re willing to make him your SP2? If you do that, you had better build one hell of an offense as well as adding top notch arms late to give you some cover.

AL-Only League: This is a stable skill set. The concerns I have are the workload. Make sure to augment Fulmer with two other arms you can trust to give yourself some cover.