Why is no one talking about Julio Teheran? Ray Flowers explains why you should take advantage of that silence for your own benefit. 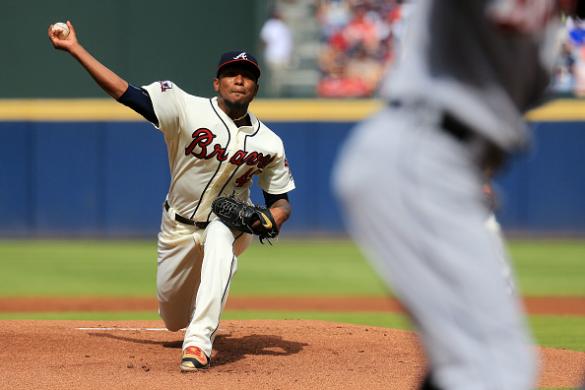 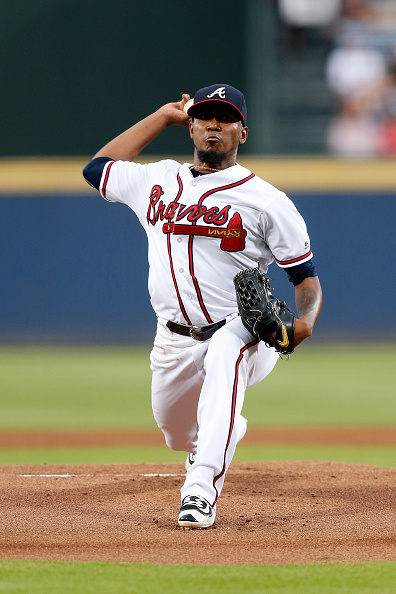 Yes, Teheran won seven games last year, and 18 the last two seasons. I get it. Same time, two things. (1) Teheran has won 14 games in 2-of-4 seasons. Jose Quintana has never won 14 games. (2) You know I don’t personally worry too much about wins-loses since so much goes into it besides the skill of the hurler. Plus, the Braves should be a bit better, that is if their old guys can stay healthy (see Phillips Dealt to Braves).

I’m removing the first two years of Teheran’s career in what follows. It’s not because I don’t like what I see there, it’s because he threw a total of 26 innings in those two campaigns.

The last four seasons Teheran has thrown at least 185.2 innings with at least 167 strikeouts every season. Pretty simple if you look at it on the surface.

The last four seasons Teheran has one season with an ERA over 3.21. Pretty simple if you look at it on the surface.

The last four seasons Teheran has one season with a WHIP over 1.17. Pretty simple if you look at it on the surface.

The last four seasons Teheran has had a strikeout rate per nine innings between 7.57 and 7.99 three times. Pretty simple if you look at it on the surface.

The last four seasons Teheran has one season with a walk rate per nine innings above 2.18. Pretty simple if you look at it on the surface.

So why is it that no one likes Teheran? Seems likely he’s an ideal 2/3 in mixed leagues.

Speaking of Quintana, who everyone drafts without a concern, let’s compare his work to that of Teheran. Here are the career numbers of both men. 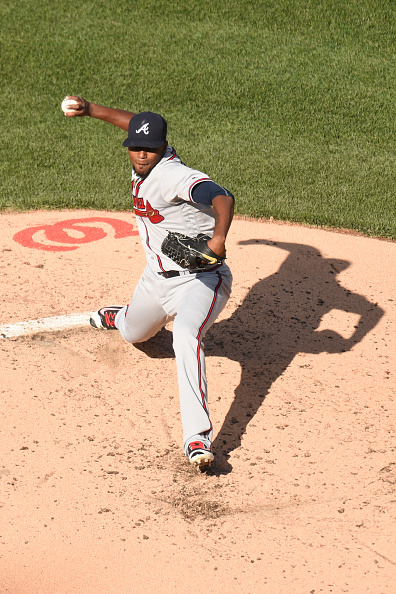 As you can see, you can make a sound argument that Teheran is the equal of Quintana, yet don’t you generally hear a lot more about Jose than Julio?

We complain all the time about the up and down nature of players, don’t we? Where is that up and down with Teheran? It really doesn’t exist (to a great extent). This fact should be a situation that causes you to move Teheran up a spot or two in your rankings. With guys like Syndergaard, Strasburg, Carrasco, deGrom, Maeda, all dealing with concerns about their arms, why doesn’t 200 innings and 170 strikeouts from Teheran sound better to you?

Teheran isn’t a big-time K producer, his career rate is 7.77 which is slightly below the league average, but because he throws 200 innings a year he’s routinely producing a highish total. The last four seasons his total of 694 strikeouts ties him with Gio Gonzalez for 18th in baseball. By the way, in each of the last four seasons his swinging strike rate has been between 10.3 and 10.9 percent each seasons. He is what he is.

Teheran has a 2.40 career BB/9 rate, a total he has undershoot (meaning he was better than that), three times in four seasons. Amongst pitchers that have thrown at least 600-innings the past four seasons his 2.38 walk rate per nine ranks him 24th in baseball.

Teheran has a blah 0.91 GB/FB ratio for his career. The mark was 0.93 last season. That’s more fly balls than I would like to see allowed. His HR/FB ratio is 10.1 percent for his career. A league average number. Teheran has a 1.06 HR/9 mark, a league average number. The rate was 1.05 last season. The Braves are moving into a new park in ’17 so keep an eye on this number.

Teheran had a 33.1 percent hard-hit ball rate last season, 18th worst in baseball. That’s a bit concerning, but his career mark is 31.3 percent and each year from 2013-15 the mark was between 29.5 and 31.4 percent. The number seems likely to dip a bit in the coming season. I feel especially good about that comment when you consider the following.

Honestly, I don’t see a real issue here. Maybe a few too many fly balls, maybe a slight increase in that hard-hit ball rate, but overall this is one stable set of tools. There isn’t much injury downside. There is lots of year to year consistency. The birth certificate says 26 years old. This is a skill-set to invest in.

10-Team Mixed: An ideal SP3 who often is there for that pull. If you gotta stretch to an SP2 it’s likely OK too, because the league is shallow and you should be able to build up a strong offense while waiting a bit on the hill.

12-Team Mixed: His profile suggests rock solid, but not elite. His profile also suggests that he deserves a reliability grade of an “A.” Good enough for me.

15-Team Mixed: If he’s my SP2, totally fine with that. You should be too. He allows you the ability to build that offense early while others are grabbing arms.

Here’s a link to the award winning Player Profile Series.