Games are back in full swing after the All-Star break, and Ray Flowers surveys potential waiver-wire additions in this week’s look at fantasy free agency. 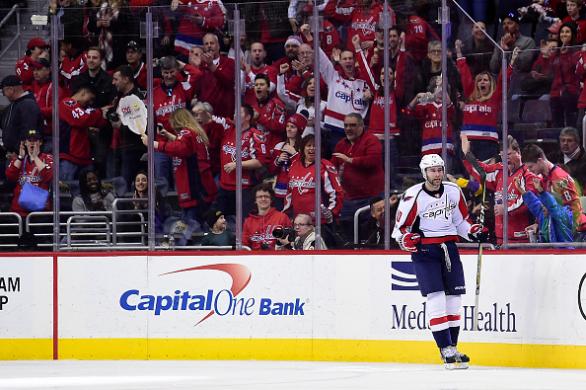 Games for the Week of February 13th.

It’s been a few years since Michael Cammalleri was a target on draft day, but the Devils winger is producing of late. Though he has just 10 goals and 30 points in 48 games, over the last month he’s been a +4 skater with nine assists, five coming on the power-play. He’s not lighting the lamp,

David Perron has seen at least 15 minutes of ice-time his last four games during which time he’s been a +3 skater with three assists. Over his last five outings he’s a +6 skater and in 4-of-5 he’s taken at least two shots on net. Over his last 83 games he’s scored 19 times while producing 50 points, so the outlook is obviously a bit muted.

Matt Cullen is back in the lineup and he’s spending time skating with Sidney Crosby. That’s enough for me. In four games he’s handed out three helpers.

Henrik Sedin could be headed to the HOF. Alas, he’s hasn’t been this bad since 2002. He has 10 PIMs, 11 hits, seven blocked shots and has only taken 67 shots on net. Oh yeah, also is saddled with a (-15) rating. So why list him here? Over his last 10 games he’s posted two goals and handed out five assists even though he’s a (-3) skater in that time. Don’t be overly swayed by the name, but he’s probably still worth a look.

Ryan Spooner has a goal and two assists his last three outing. Going back a bit more he has a goal and four helpers in six games. Going back nine games we note that he’s produced five points... on the power-play. He’s also been active with at least three shots on net in four of those six efforts.

Brett Connolly has lit the lamp in three straight games, and in four of five. Over those five games he’s therefore produced four goals and three helpers. He’s also been a monster in the plus/minus category with a +7 mark. He’s been under 12 minutes in all of those contests though, so be cautious because he’s not seeing enough ice-time to sustain that pace.

Mikko Rantanen has likely already been added in your league, but if he hasn’t... here is what you need to know. Only once in his last nine games has he failed to record 17 minutes of ice-time. He had a hat-trick against the Habs giving him five goals his last six games. He’s also dealt out to helpers his last three outings. Over the last eight his plus/minus sits at (-1), a poor mark given all his scoring (two of his points have been on the power-play).

Ryan Strome has 31 points to surpass the 28 from last season, and a recent hot streak makes it seem at least possible that he could challenge the 40-point plateau for the second time in three seasons. Strome has two goals and five helpers his last five outings (at least one point in each game), a bonanza of offense from a player who has been relatively quiet this season.

Alex Goligoski used to be a viable blue line play. Heck, he was last season with 37 points and a +21 rating. He’s fallen on some hard times this season with just two goals and a (-8) rating for the Coyotes. Things have been much better of late though. Over his last eight games he’s flashed a ton of offense with a goal and five helpers, and that includes four points over a current 3-game scoring streak. As exciting is the turnaround in his overall game as his plus/minus the last eight outings is an impressive +7.

Brady Skjei of the Rangers has dished out three helpers his last three games giving him 22 on the year. Over his last nine games he’s also a +5 skater, and he even took six shots in a game back on January 31st. He’s been a bit more active offensively of late.

Martin Jones was pulled in his last outing against the Bruins as he allowed three goals on nine shots. He’s obviously entrenched as the Sharks starter, but he has allowed eight goals in his last two trips to the ice and is winless in three outings. Look for Aaron Dell to get at least one start in the near future, perhaps a couple in the a shortish period of time. Dell has been solid his last four trips on the ice with a 2.49 GAA and .916 save percentage, eerily similar numbers to those posted by Jones this season (2.30 GAA, .915 SV%).

Al Montoya obviously doesn’t get much work, but his last outing was a shutout and his last three outings have produced a 1.62 GAA and .924 save percentage.

J. Eichel - F
BUF
Jack Eichel is thrilled that Buffalo brought in some experience during the offseason.
“We added Eric Staal. Obviously, he’s won a Cup, he’s been around the league for a while. A guy like Cody Eakin, a guy like Hallsy," Eichel told hockey podcast 'Missin' Curfew recently. "These are guys, established guys in the league that are older, veteran guys. I think they bring a lot on the ice. Taylor Hall, MVP a few years ago. He’s going to bring a lot to the game, but I think they bring a lot to the locker room and just overall the culture of your group. … It’s so hard to win when you’re young. … I think it’s so important to have that veteran presence in the room and on the ice, so I think it was good for us to add that this offseason. We’ll see what happens." Eichel is projected to play with Hall, which should give him a boost and take some pressure off him. The 24-year-old center racked up 36 goals and 78 points in 68 games last season.
Added 6:55 pm (EST)
Added 6:55 pm (EST)

Z. Chara - D
BOS
Zdeno Chara is still deciding on his future, according to Bruins GM Don Sweeney.
Agent Matt Keator said that Chara was waiting for the NHL to decide on a format for the 2020-21 season and the uncertainty of "the landscape of the league" has to be determined before a decision is made. Sweeney said on Monday that they have a deadline to get something done, but didn't reveal what it is.
Added 6:50 pm (EST)
Added 6:50 pm (EST)

M. Dumba - D
MIN
Minnesota GM Bill Guerin reiterated Monday that Matt Dumba isn't being shopped as a trade option.
"I'm prepared to start the season with him, and we really like that," Guerin said. "He's a good young player. He's got good energy. I love his competitiveness. Our defensive corps, I'll out them up against anybody's." Dumba has three seasons left on a five-year, $30 million contract. If he's still on the roster going into the expansion draft then Minnesota could decide to protect four defensemen. Dumba had six goals, 24 points, 88 blocks and 98 hits in 69 games last season.
Added 5:26 pm (EST)
Added 5:26 pm (EST)