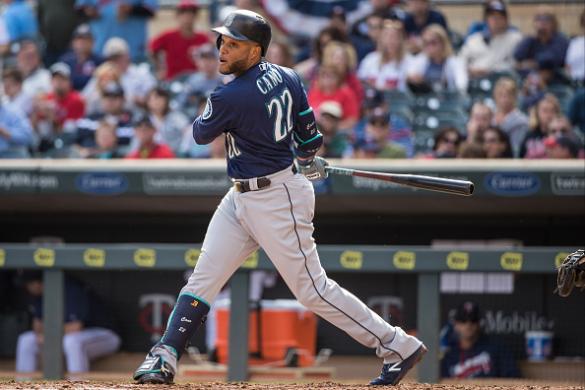 Sometimes a picture is just a picture. Other times, if you look deeper at the composition, the lighting, the background... you start to see that what you are looking at is way more than a dog eating a tennis ball on a beach. In much the same way baseball players can be more than the limited glance we give them before we determine whether the player is (A) a star, (B) a guy or (C) a failure.

A ton of this Guide, like hundreds of pages of it, have been an analytical barrage of data that can cause your head to spin round like Regan in the Exorcist.

While this article will have a little bit of that, it will also have some solid, non-analytical advice. Here we go.

1 – Take what you’ve learned in this Guide to heart. Every article has been chosen for a reason. None of what’s in here is fluff (well most of it anyway). We’ve spent a good deal of time trying to decide what it is that will best serve you in your quest to win a championship this season. Use everything at your disposal to that end.

2 – Know your benchmarks. There are certain players, both pitchers and hitters, that you can almost remove from consideration for inclusion on your team if you use the tools/benchmarks included in this Guide. At the very least, the benchmark knowledge you bring to the table will allow you to avoid overspending on players that really aren’t worthy of that much of your attention.

3 – Understand that things take time to develop. Anyone can grab their phone and find the weather, the latest article on so-and-so, or pull up the nastiest porn your imagination can come up with (I wouldn’t recommend goin’ all in on that last one, at least not on your phone. Grab your buddies when he’s in hitting on that gal on Friday night at the bar and start surfing the dark web on his device so you can avoid being on C-SPAN as the pervert of the week). But the fact is that things take time to play out in baseball, even though everything in the world today is about immediate gratification. Baseball is the ultimate marathon, a 162-game season covering six months. The story on the season isn’t written in any three week time period. Make sure you understand the time needed for results to stabilize (see Sample Sizes and What They Mean).

4 – Playing time matters, but you can often find “skills” on the cheap if you are diligent with your approach. Being proactive helps. Adding that hot-shot rookie a week before he is called up is a winning move in many instances as you can avoid the high cost that will come when he’s actually called up. Noticing a reserve player that is on the cusp of breaking into the starting lineup is an invaluable too, especially in deeper leagues.

5 – The main payoff of this piece... target skills over performance. This might sound counterintuitive to some, so let me explain.

When we first come to the game of fantasy baseball it’s usually because we love baseball. Depending on your age, and how you were raised, you might favor pitching over hitting or vice versa. You might be in love with batting average or ERA. You might believe that power hitters and power pitchers are the bee’s knees. The point is, no matter where your starting point is, that the majority of fantasy players target the wrong things when looking at players. Two examples to drive this point home.

Gary Sanchez hit 20 homers in 53 games last season so if he plays 85 games this season he’s going to hit 30 homers.

Gary Sanchez hit 20 homers in 53 games last season so if he plays 115 games this season he’s going to hit 30 homers.

That second example is better, but it’s still the wrong way to look at Sanchez.

Sanchez hit just 34 percent of his batted balls in the air last season. That’s a league average mark. He posted a 40 percent HR/FB ratio, a number never seen in baseball history over a full season. The number is going to regress, perhaps by 50 percent or more in 2017, and with that his homer pace of last season has zero chance of being repeated unless he drastically increases his fly ball rate which seems unlikely. Sanchez’ homer pace from last season says 30 homers this season, with health, is a lock. His actual skills suggest 30 homers is far from a certainty. You can read more about Sanchez in his Player Profile.

Robbie Ray had an 8-15 record with a 4.90 ERA and 1.47 WHIP. Those are waiver-wire numbers if there ever were any. However... (1) Ray had an 11.25 K/9 rate which is the 21st best in baseball history. (2) His 1.40 GB/FB ratio is a strong mark. (3) It’s highly unlikely he will once again be saddled by a 15.5 HR/FB ratio. (4) It’s a certainty his .352 BABIP will regress. (5) SIERA (3.59) and xFIP (3.45) suggest his ERA should have been at least a run lower than it actually was. Now, if all you focused on was performance you would move right past Ray since his fantasy effort last season stunk. However, if you took a deeper look at the underlying skills then you would be excited about potentially buying a breakout arm on the cheap in 2017.

All of this leads to the main point of this entire thing – skills matter most. You need to pair skills with playing time of course, but if the sample size is large enough the odds are highly in favor of the skills winning out over the actual performance that you read on the back of a baseball card (players are rarely able to sustain a level of performance that their skills do not support). So, the next time you’re drafting, or when you’re headed to the waiver-wire in-season, remember what matters – it’s skills, not just the numbers posted in the fantasy categories, that you should be paying attention to.