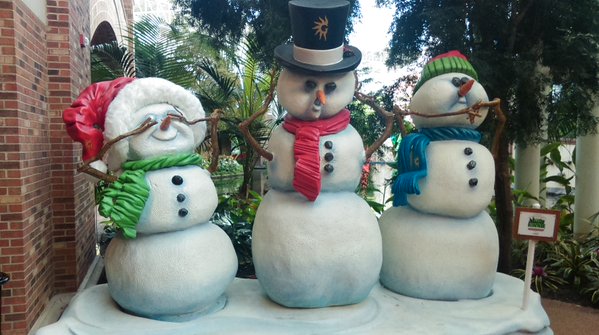 John Jaso signed a 2-year deal with the Pirates ($8 million). Seems like a real odd signing to me with no DH in the National League and Francisco Cervelli already behind the dish. That means the Pirates must have signed Jaso to be their first baseman. The 32 year old is a non-traditional option given that he’s never hit more than 10 homers in a season or driven in more than 50. He’s also been limited to less than 100 games played each of the past three seasons. A career .263 hitter, his lone skill of note is his ability to get on base (his career OBP is .361 and he’s been at or above .380 in three of four seasons). He’s never hit lefties well though (.178/.309/.232) and will need a platoon partner. It will be Michael Morse in Pittsburgh.

Alexi Ogando is now a reliever with the Braves after signing a 1-year deal for $2 million. The righty has a big arm and at one time was someone. No longer that guy, Ogando is passable option out of the pen. He hasn’t made a start in two years and is nothing other than a league specific dart throw with no path to closing.

Hyun-soo Kim is officially an Oriole after signing a 2-year, $7 million deal. The 27 year old, he turns 28 next month, brutalized the pitching in the Korean Baseball Organization last season hitting .326 with 28 homers and 121 RBIs. He also got on base at a .438 clip while walking 101 times against just 63 strikeouts over 141 games. He finished in the top-5 in KBO runs batted in four times in nine seasons and the top-5 in walks five times. The current plan is for Kim to play left field even with all his experience at first base. He won’t get anywhere near those numbers of course. Just to compare, Jung Ho Kang hit .356-40-117 in 2014 in the KBO before hitting .287-15-58 with the Pirates last season. Don’t know if that’s fair or not, it probably isn’t, but there it is anyway. I’ve gotta get packing and have to get this writeup done quickly. #CrackJournalism

If you’re wondering what the holiday season is all about here are some facts about the holiday.

Mike Leake is now part of the Cardinals after agreeing to a 5-year, $80 million deal. He’s a stable force who has won at least 11 games with 190 innings in each of the last three seasons. Over those three years Leake is 36-30 with a 3.59 ERA, 1.22 WHIP, 6.09 K/9, 2.21 BB/9 and 0.99 HR/9. That’s certainly solid big league work but it really does nothing in terms of exciting when it comes to his fantasy outlook. Without the strikeouts there not much to see in a mixed leagues with Mike the t-shirt thief. The move to St. Louis isn’t a negative at all, but it’s unlikely to vault him into true prominence in mixed leagues.

If you haven’t seen Robot Chicken you’re missing out. For those of you that are Star Wars fans…

The Nationals are kicking the tires on two second sack options in Howie Kendrick and Daniel Murphy. The Nats are still in the market to get a vet to fill the spot after Brandon Phillips spurned their earlier attempts to acquire him from the Reds (he wanted cashola to void the no-trade clause in his contract to accept the deal. Kendrick is 32 and has hit at least .285 in 5-straifght seasons. The owner of a career .292 mark, Kendrick is often times a 10/10 or better option though he has trouble staying healthy (less than 125 games in 2-of-3 years). Murphy, the playoff hero of the Mets, shares my birthday (April 1st) so he must be a good guy, and he will be 31 in four months. A .288 career batter, he’s numbers are very similar to those of Kendrick. Check it.

Murphy is a bit more versatile, he can play third as well, but offensively there is hardly anything that sets them apart.

Now it seems like the Cubs are going to hold on to Jorge Soler, according to Ken Rosenthal. Don’t know why they wouldn’t keep him. In 455 career at-bats the 23 year old has hit 15 homers with a .268/325/.433 slash line. There’s lots to learn, but there is some legit talent here.

Finally, for those of you looking for that special piece to pull together the holiday puzzle, the Oracle has you covered. Let me present the best food item of the season, the Hot Dog Christmas Tree.

Ray Flowers can be heard Monday through Thursday at 8 PM EDT and Friday at 10 PM EDT on SiriusXM Fantasy Sports Radio (Sirius 210, XM 87). You can also hear Ray Sunday nights at 7 PM on the channel talking fantasy sports. Follow Ray’s work at Fantasy Alarm and on Twitter (@baseballguys).