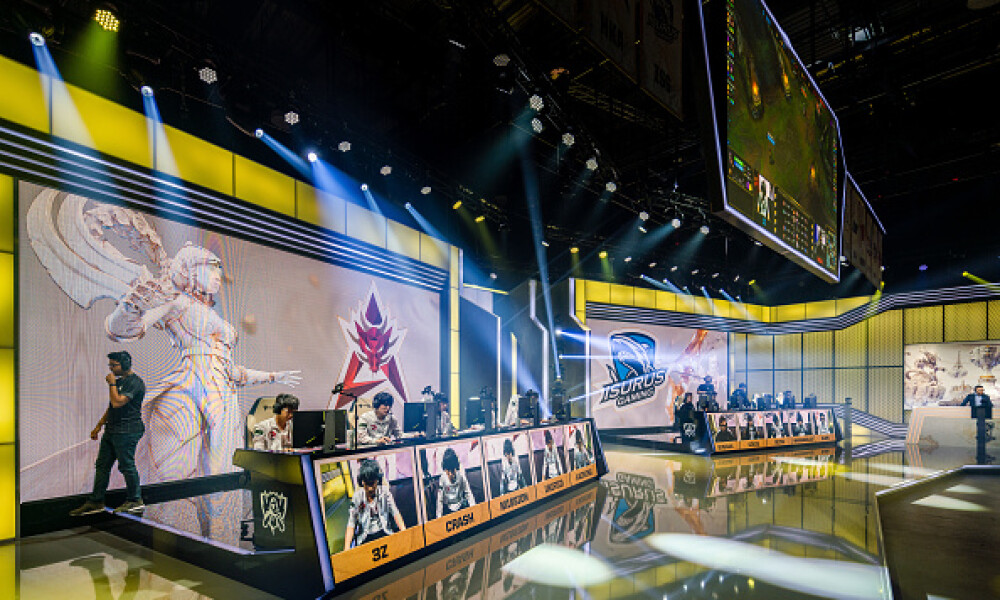 Five games. There are only five games that separate these European League of Legends teams with a chance to win the European Championship coming up. Friday afternoon's League of Legends DFS slate features those five matchups for your eSports daily fantasy lineups. Note that the slate starts up at 12 pm ET on Friday, so get those League of Legends daily lineups in! We have our first team in the LEC to officially be out of the running (Team BDS) and a few more that are dangerously close to joining them. Atop the LEC we have the MAD Lions. What some believed to be a short stint as the new fresh talent in the LEC but the MAD Lions are looking to prove that their organization is here to stay. With some teams getting hot and others cooling off, who makes the final push? Let’s dive in and make our League of Legends DFS top picks!

Game Breakdown:  I cannot understand why Misfits are so heavily favored in this matchup. The Misfits are one game up on Astralis but Astralis won their last meeting. We see the play out of Misfits have taken an upswing with the addition of Zanzarah in the jungle role but they are still limited in their potential to carry outside of the mid/jungle duo. Vetheo (5th in LEC in kills with 50) has picked up the pace from the beginning of the split but his team has a far way to go before being a legitimate playoff team. This match could make the entire difference in both teams’ playoff chances so expect their best on Friday.

Game Breakdown: If you had told LEC analysts at the end of Spring/beginning of Summer that this team would be sitting in third place and within striking distance of first place with five games left; they would have told you there was no chance. This team has begun a small renaissance with the replacement of Selfmade and introduction of Haru (71% team kill participation, 4.1 KDA). Perkz (VIT mid) has had an increase in production with his new jungler and much of that comes from Haru being in the lineup to support Perkz and not the other way around. Luckily for Vitality, they can make up ground on either MAD or RGE on Friday, as the two top teams face each other and VIT plays the worst team the LEC has fielded in a while. These last five games could make a huge difference for this squad and them having a chance to make the World Championship this Fall.

Game Breakdown: There really isn’t two ways about it, Fnatic have to win on Friday. This team has too good of a roster not to be one of the final teams at the end of the playoffs. Humanoid (32 kills) is one of the lowest performing mid laners but has had stand out games throughout the split. The biggest hole for FNC is in their top lane with Wunder. JNX (3.4 KDA versus Wunder’s 2.4) has been a consistent player for SK and can be someone that could flip the map for SK Gaming. If FNC can protect their bottom lane as a win condition, they should be able to handle this matchup.

Game Breakdown: There is an overwhelming love for G2 Esports among fans and bettors alike and while they won the Spring Split Playoffs, I just don’t see them to be as strong as they are made out to be. Both teams are 7-6 currently and both have been streaky throughout this split. Caps (56 kills, 29.6% team kill share) will need to show up. It is clear that while G2 pieces like Flakked and BrokenBlade are quality support pieces, this team has to play through Caps. Patrik (51 kills, 30.4% team kill share) tends to be the same thing for XL and he and Mikyx will need to start performing in the laning phase for XL to start picking up more wins down the stretch.

Game Breakdown: These two teams are the standard in the LEC right now. I don’t know if they are the strongest teams the LEC has ever had but both teams bring different approaches to the game. For the MAD Lions, they want to move their mid laner (Nisqy) around the map to gain leads as a team. They fight around objectives well and use the raw technical skill of Elyoya to convert on early ganks. For RGE, it is all about the mid game team fight. They will forego early plays and gold in the early game to set themselves up for the mid game team fights where they want to fight as a full five man team. This game will be decided like the first match between these two. If MAD can get out to early enough leads and move quickly around the map, Rogue won’t be able to play their game.