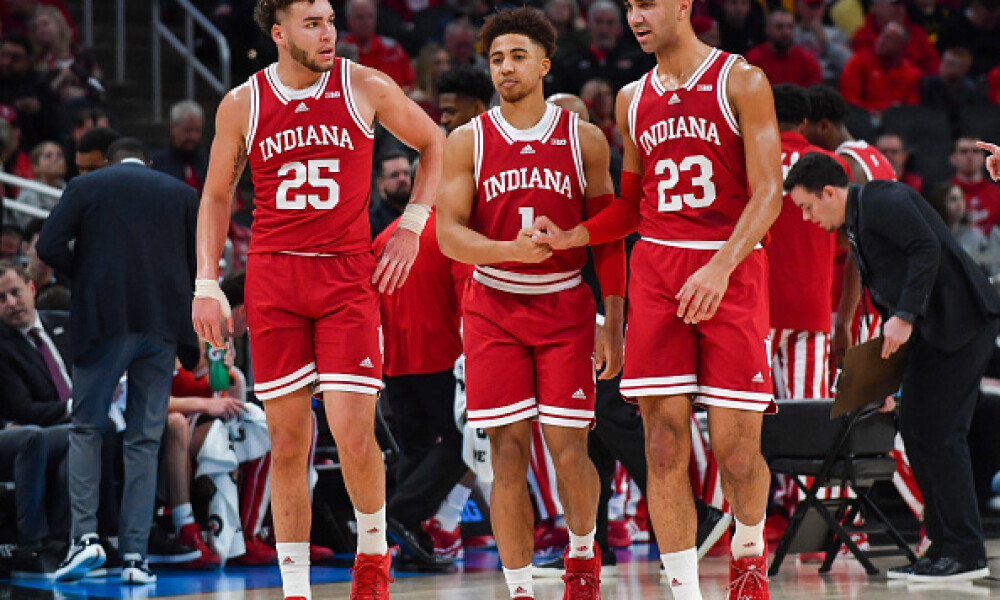 Things looked bleak for Indiana’s NCAA Tournament hopes after it limped to a 2-7 finish in the regular season and a 9-11 conference record this year. Then the Hoosiers beat Michigan and Illinois in the Big Ten Tournament and the bubble case become much stronger. In his first season at Indiana, Mike Woodson gets the team barely into the bracket and will head to Dayton for a First Four matchup vs. Wyoming. Big man Trayce Jackson-Davis headlines the Hoosiers’ attack and he has the talent to take over the paint on both ends.

The Mountain West is surprisingly one of the deepest conferences in the country this season, and Wyoming is proof of that with an at-large bid. In their first NCAA Tournament appearance since 2015, the Cowboys will have to get by Indiana in the First Four before potentially moving on. Wyoming is led by point-forward Hunter Maldonado and stud center Graham Ike – two of the best players in the Mountain West conference.

Notre Dame was a bubble team going into Selection Sunday and now it finds itself in the First Four play-in games against Rutgers. The Irish boast a top-30 offense in the country, led by dynamic freshman guard Blake Wesley. Though Mike Brey’s team reeled off a 15-5 league record, the ACC was actually one of the weaker conferences in the country this season. Outside of beating Kentucky back in December, the Irish’s lack of good wins is a concern going into the NCAA Tournament – and it’s a big reason why they barely made it in. The one-and-done loss to Virginia Tech in the ACC tournament doesn’t bode well for success against Rutgers and beyond.

Rutgers’ NCAA Tournament berth last season was its first in 30 years – and now the Scarlet Knights are back as one of the last four in the field. Rutgers has one of the weirdest resumes in the country and it’s anyone’s guess which team shows up in the First Four. The Knights boast impressive wins over some of the Big Ten’s top-tier programs (Purdue, Illinois, Iowa), but also have ugly losses that nearly cost them an at-large bid (Lafayette, UMass, Minnesota). They ended the season with a 6-3 record over the final month before losing to Iowa in the Big Ten Tournament.

This is Bryant’s first-ever NCAA Tournament appearance after becoming a Division I program in 2009. The Bulldogs have won 16 of their last 17 games while running through the Northeast Conference with relative ease. They’re led by Peter Kiss, a former Rutgers transfer, who led all of college basketball in scoring this season at 25.1 points per game. Rhode Island-based Bryant plays at the eighth-fastest tempo in the country and, at the very least, its First Four matchup vs. Wright State should be higher-scoring.

Wright State is back in the NCAA Tournament for the first time since 2018. The Raiders had the Horizon League's best offense this season and will be ready for a fast-paced, high-scoring matchup vs. Bryant in the First Four. Interestingly, Dayton-based Wright State will be playing a de facto home game here. Tanner Holden (First Team) and Grant Basile (Second Team) were two of the Horizon League's best players and they anchor a fun Raiders team.

It may surprise some to learn that Texas Southern actually beat a power-conference program already this season when it upset Florida on the road back in December. Though the Gators weren't a Tournament-team, it's saying something that a mid-major squad even pulled off the feat. Texas Southern won its First Four matchup last year and it's back in the play-in games once again. The Tigers are an interesting team that plays the most bench minutes in the country with a deep rotation. Brison Gresham, who was on Houston's Final Four squad a year ago, is one of Texas Southern's key players now after transferring over.

A year ago, Texas A&M-Corpus Christi finished out a 5-19 season with a 2-13 record in conference play. One year later, the Islanders are Southland Conference champs and back into the NCAA Tournament for the first time since 2007. It's a great story and one certainly worth celebrating for first-year coach Steve Lutz.