Chris Wassel takes a look at the latest injuries around the NHL and what the potential impact might be for fantasy hockey owners. 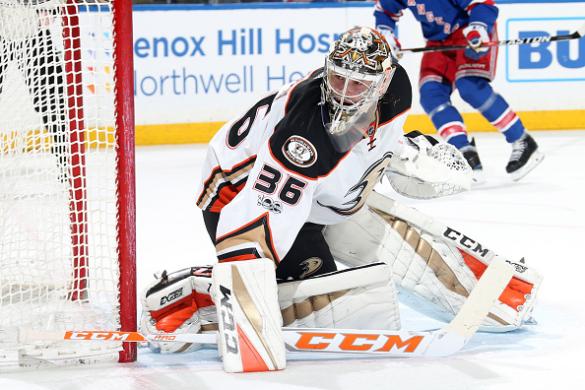 It is never easy to foresee the unforeseen. Injuries happen every day in the NHL and here at Fantasy Alarm, our goal will be to help you try to stay on top of those maladies. Counting all the latest bumps, bites, and bruises, there were 109 players held out of lineups. Five of those are long term injuries from a previous year. Those players are likely not to return or have retired. That leaves 104 who have been hurt this season. Here are some of the more notable ouches out there and their possible prognosis on this Friday. Periodic updates and returns are provided as well. The latest walking wounded is listed below. 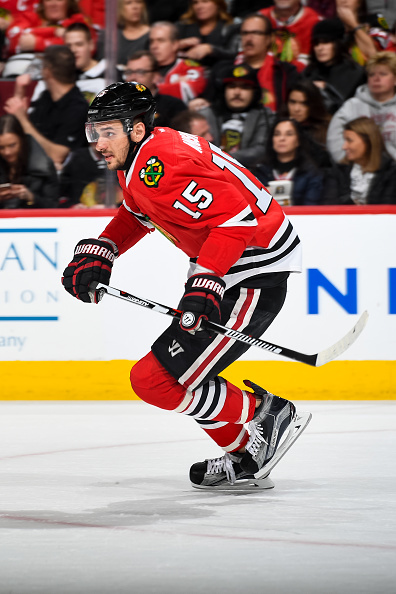 Artem Anisimov’s injury was deemed to not be that serious initially by the coaching staff. However, one never knows with these things. Fast forward to 24 hours later when it was revealed that Anisimov would be out 3-4 weeks with a lower body injury. That basically means his usefulness in fantasy hockey leagues is all but done for the season. He had been struggling offensively but this is likely the dagger.

Martin Hanzal is out with an illness and is day to day. He had been missing in the last couple games where there were some optimal match-ups. It may be a few more days but conditions will be monitored. He has a bad case of strep throat (not the flu). Look towards the weekend for more updates but so far, Hanzal has not been the greatest of acquisitions. This illness does not help matters.

Andre Burakovsky has recovered from his hand injury suffered in early February. The cast is off and he is ready to roll. Now, the question becomes when does he play? It could be as soon as tomorrow or when the coaching staff deems he has had enough practices. Burakovsky is sorely missed as a balance to the top lines when it comes to scoring and possession. For fantasy owners, this could not be better timing.

Alexander Radulov is sick yet again. This is at least the third time this season that Radulov has come down with something (super flu, cold, illness, etc.). Two weeks ago, it was a lower body injury and now him and Alexei Emelin were both sent home with the flu. The best thing to do is monitor his condition for the weekend. Also, check back to make sure other players do not wind up with it as well.

Patric Hornqvist is still day to day with a concussion but may even play tonight against New Jersey. He was upgraded to questionable and was taking part in morning skate. Usually being on the ice for gameday skate is a good sign. After missing the last several games, Pittsburgh could use his presence on the power play and give some stability to the forward lines. If he does not return tonight, then maybe over the weekend. 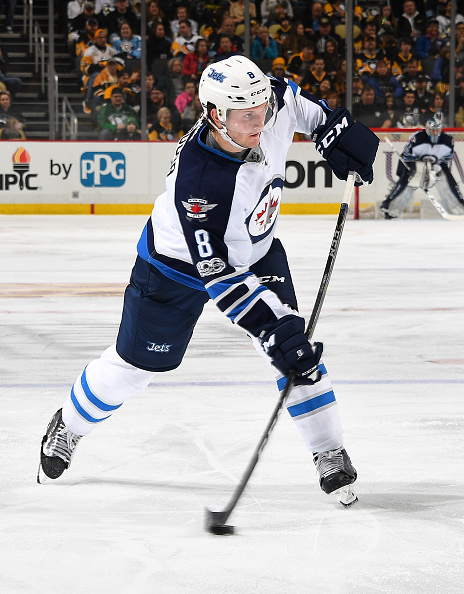 Jacob Trouba is out with an upper body injury and is day to day. He is expected to be out until next week at the least. No one would be surprised to see him put on the injured reserve retroactive to March 12th. It is speculation but the injury is believed to have stemmed from a fight earlier in the week. Okay, that is probably it. The bottom line is for fantasy leagues, treat this almost as week to week until something changes.

Ron Hainsey has been added to Pittsburgh’s list of walking wounded with an undisclosed injury. It could be anything to be honest. The fact that Derrick Pouliot has been recalled probably means that Hainsey is out until next week at the least. Hainsey is out for tonight’s game against New Jersey. There will be more tests determined to see the extent of the injury. Until then, all anyone can do is wait.

John Gibson was back and looked good despite a loss. However, the reality was that the lower body err groin injury that had plagued him for a couple weeks had returned. He has now missed eight of Anaheim’s last nine games. Jonathan Bernier has filled in admirably in his absence. The timing of the injury could not be more disastrous for dynasty players who rode Gibson into the playoffs. His status will be monitored going into the weekend but so far it looks like a possible return next week.

Craig Anderson looked great in net for Ottawa but now the dreaded lower body injury has set him back. Mike Condon has played well in the last two games that Anderson has missed. It appears that Anderson will not play this weekend against Montreal (home and home) and may be back as soon as next week. Keep your fingers crossed on this one as Anderson slipped on to a lot of waiver wires because of his leave of absence. Many wisely stashed him on their rosters only to see this happen right at fantasy playoff time. It is unfortunate but again his condition will be monitored.

Chris Wassel can be heard on Fantasy Hockey X every week and on various places throughout the internet. He can be followed on Fantasy Alarm and Twitter @ChrisWasselDFS. A special thanks this week to nhl.com, George Richards, Brian Metzer, Adam Vingan, Dan Rosen, and Selene Parekh of The Fantasy Doctors for all their information.

S. Blais - F
STL
Sammy Blais has confidence in the NHL's plan to hold the 2020 playoffs.
The NHL will open training camps on July 13 and begin the qualifying round on August 1. The plan is to isolate the players in two hub cities to reduce the chances of any of them getting the coronavirus. "If everyone does their part, we're going to be OK," Blais said. "I think everyone wants to stay healthy and not get the virus. When we go out, we put our masks on. We're trying to stay as safe as we can and that's the only thing we can control right now." In the meantime, Blais has returned to St. Louis to begin workouts with his teammates. The Blues are looking to defend their 2019 championship.
Added Yesterday 8:24 pm (EST)
Added Yesterday 8:24 pm (EST)

C. Tanev - D
VAN
Christopher Tanev would like to re-sign with the Vancouver Canucks.
Tanev's five-year, $22.25 million contract is set to expire after the season. He's often played alongside rookie defenseman Quinn Hughes and has enjoyed being half of that combo. "I'd love to stay here and play with Quinn as long as I'm able to," Tanev said. "I think we played great together when we did this year and I think we both enjoyed it. … I think he's an extremely dynamic player that is only going to get better and better for this organization, and it was pretty special what he did this year." Tanev had two goals and 20 points in 69 games this season.
Added Yesterday 5:39 pm (EST)
Added Yesterday 5:39 pm (EST)

J. Nygard - F
EDM
Joakim Nygard (hand) is expected to be available in the qualifying round.
Nygard underwent surgery for a broken hand back in January. Had the season continued uninterrupted, the expectation was that he would have been ready in early April. Given that the qualifying round won't start until August, his hand should be 100%.
Added Yesterday 3:45 pm (EST)
Added Yesterday 3:45 pm (EST)

J. Williams - F
CAR
Justin Williams doesn't think it'll be hard for the players to find energy or enthusiasm, even while playing in empty arenas.
It's going to be pretty different of course. They're used to playing in front of a crowd and especially in the playoffs, the empty and relative quiet of the arena will make for a pretty different experience. That said, the games still have the same stakes and the players still have the same competitive spirit, so we have no doubt that they'll adjust quickly to the change.
Added Yesterday 12:17 pm (EST)
Added Yesterday 12:17 pm (EST)

L. Kunin - F
MIN
Luke Kunin may not be able to return to action this season because he has diabetes.
The NHL is worried about players who have underlying conditions like diabetes and asthma and that could hurt Kunin's chances of playing. He would be at higher risk should he contract the coronavirus and that does not sit well with Health Canada as all games are going to be in Canadian cities. If he is banned from playing, he does have the right for a second opinion. Stay tuned.
Added Yesterday 9:10 am (EST)
Added Yesterday 9:10 am (EST)

P. Bellemare - F
COL
Colorado forward Pierre-Edouard Bellemare is excited to be on the ice again.
Bellemare is in his first season with Colorado and is excited about their chances to win the Cup but will find it tough to be away from his wife and kids after being isolated with them for four months. “The league is trying to do the best they can to please everybody, safety-wise, and we the players are probably not going to like the whole thing. But that’s my way to think,” Bellemare said. “Am I happy I’m not going to see my kids for a while if we go all the way? Absolutely not. But because of (the hockey) life, I can enjoy the life I’ve had for the last three months without worrying about money, because of the hockey life. So I can’t fully complain about it. But this is my way to think. You can’t take my words and think everyone on the team is thinking like this. You’re going to have 600 players in playoffs and we’re all going to think differently about it.” Bellemare had nine goals and 13 assists this season and while he doesn't have any fantasy value, he is a good bottom-six forward.
Added Yesterday 8:54 am (EST)
Added Yesterday 8:54 am (EST)